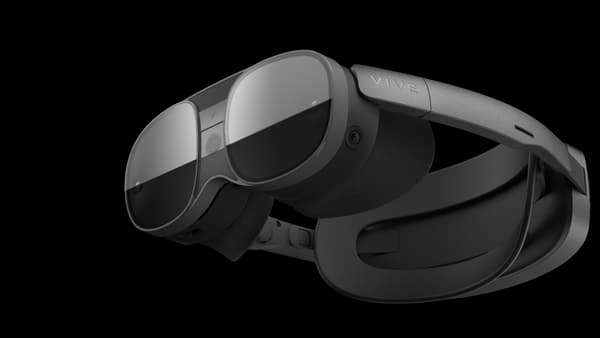 “The next step in the progression towards the fully immersive Internet”, is what HTC promises with its new mixed reality headset, the Vive XR Elite. At the CES 2023 show being held this week in Las Vegas, Tech&Co was able to test the newcomer who wants to compete with the new Meta Quest Pro.

If its Vive Flow, connected glasses connected to a smartphone, received a more than mixed reception, it clearly served as a basis for reflection in the development of the Vive XR Elite. This is presented as a mixed reality helmet, that is to say mixing virtual and augmented, and autonomous. It therefore does not need to be connected to a PC or any other medium, like its predecessors, to operate. It is self-sufficient and even allows itself to offer multiple advantages.

Because this headset is designed for a multiple experience, from gaming to fitness through productivity and leisure. A wide range of content with over 100 XR experiences, apps and games will be available at launch.

A high-end helmet, but not premium

The HTC Vive XR Elite comes with great ambitions and clearly goes upmarket compared to the Vive Flow. There we find 4K LCD screens with a refresh rate of 90 Hz, a fairly wide field of vision of 110° and a Snapdragon XR2 chip as for the Meta Quest 2 with a refresh rate that can go up to 120 Hz. However, no enough to compete with the Quest Pro which sports 90Hz mini-LED screens and a much more powerful Snapdragon XR2+ processor. The Vive XR Elite seems rather closer to the Quest 2, mixed reality as a bonus.

During CES, we were able to test the headset through different experiences. Starting with Yuki, a rather playful shooting game where you direct a little fairy against enemy attacks from all sides. Hubris is an action-adventure game in which you have to follow, sometimes swimming, another character before going to shoot enemies, etc.

Other experiences offered for testing by HTC projected us into the skin of a virtual conductor directing an orchestra, or as a kayaker criss-crossing a canyon. This last demo we tried turned out to be visually stunning in its depiction of the environment and the feel of the water. We were less convinced by the detection of paddling and movements by the helmet sensors. Quite often, our kayak ended up in a stone by misdetecting the movement of the arm.

A price that cools the ardor

But overall, the detection is rather reactive and precise. The Vive XR Elite has its own operating system and the weight is fairly well distributed over the headset, which is also pleasant with its small size and low weight (675 g). It relies on multiple sensors on the front that will capture the movements of the two joysticks provided as well as your hands. But its front and rear cameras will also, and above all, serve to restore the surrounding world on the screen, no need to remove the helmet. This is one of the strengths of the Vive XR Elite with its mixed reality.

Some experiments tested have thus made us appreciate the augmented reality game by adding enemies to our play area while we could visualize what was around us on screens, paint in the same way. The slight disappointment may come from the image quality. If it is well in color, it does not offer a restitution as qualitative as that of the Meta Quest Pro. But it’s still enough to walk, evolve, grab objects… without taking the Vive XR Elite out of its head.

The standalone headset from the Taiwanese manufacturer takes advantage of WiFi 6e, can connect to a smartphone to retrieve game content or connect to a PC to enjoy more demanding games thanks to the power of it. The battery is removable and has 30-watt USB-C fast charging. For the moment, we do not know the exact autonomy offered.

Whether it’s the Viveport hosting environment, which will not disorient Meta Quest users, the possibilities of play and productivity, or even the playability of the controllers and the ergonomics, the Vive XR Elite offers more or less an experience quite similar to Meta’s standalone headset. But his technical inclinations or his desire to throw himself headlong into the metaverse are less marked than on the Quest Pro. However, it is announced at 1400 euros, closer to the price of the latter than the 450 euros of the Quest 2. The possibilities of mixed reality, still in their infancy, are they enough to justify such a price difference? Not necessarily, except to be a mad follower of a technology in the making, the time that Apple launches its own device…

The HTC Vive XR Elite headset is available for pre-order with five games offered. Deliveries are expected to begin at the end of February.