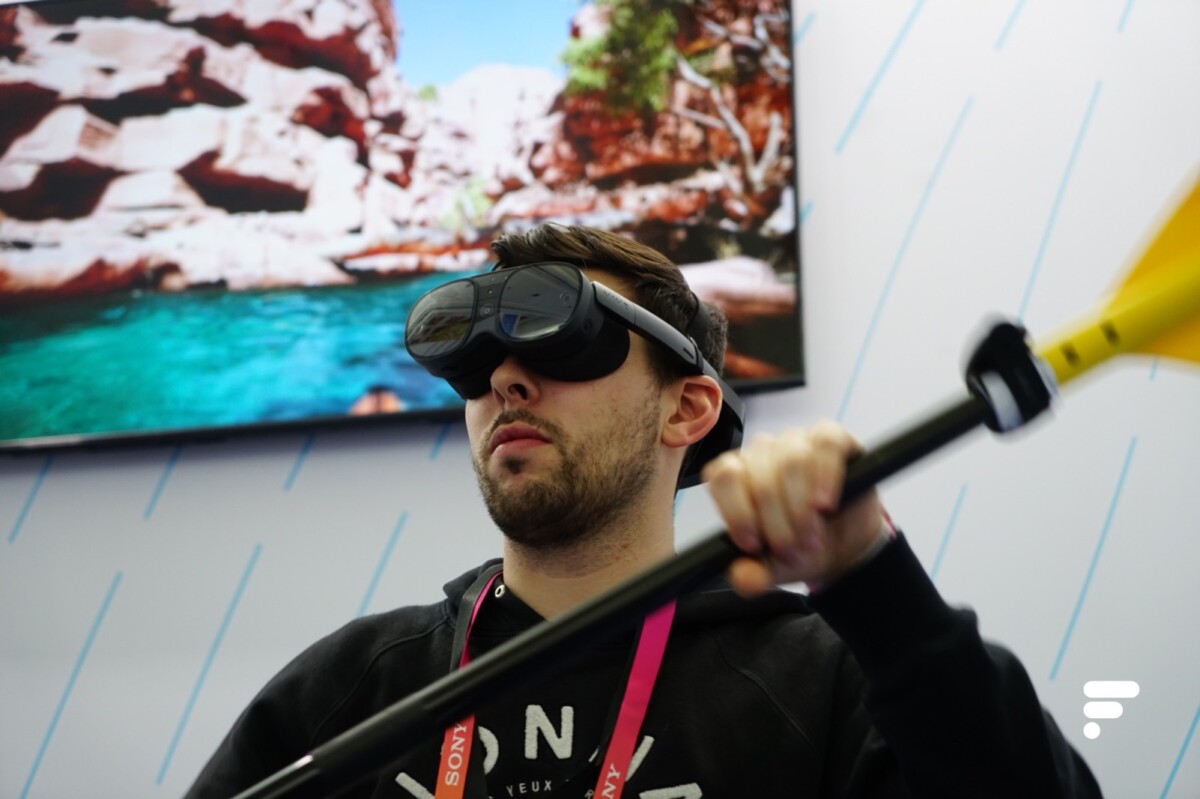 The competitor of the Meta Quest Pro is there, it is the HTC Vive XR Elite. And, we had the opportunity to try it out at CES 2023.

HTC Vive returns with a completely new model of helmet. The latter is designed for passthrough or mixed reality, halfway between virtual reality and augmented reality. This technology makes it possible to see and interact with objects integrated into the real world. Here, HTC Vive is positioned directly opposite the Meta Quest 2.

Technically, the XR Elite combines mixed reality and virtual reality capabilities into one device. HTC Vive announces that it is ” compact, lightweight, powerful and highly versatile, perfect for gaming, fitness, productivity and more. “. It is the main competitor of Meta Quest Proboth offer the possibility of making pass-through, what we call mixed reality halfway between virtual reality and augmented reality since this technology makes it possible to mix virtual and real. In other words: with this HTC Vive XR Elite headset, you can see and interact with objects embedded in the real world.

HTC is rather proud to have brought the pass-through Further, it ensures the quality is high enough to read your laptop or phone screen without removing the headphones, it also has a depth sensor. This is useful for recreating the notion of distance when you are in mixed reality mode, but also for automatically meshing your room so that virtual objects can collide with real objects.

Although designed with a USB-C connection to connect to a PC, to use your computer’s computing power on big 3D games, the Vive XR Elite headset is a device IAO Where All-In-One. It’s self-contained and capable of using Wi-Fi, and even Wi-Fi 6E, with low latency. Versatility is a word that defines this headset which has a well-thought-out modular design that can easily be transformed into goggles – simply by removing the battery. Thus, it adopts different physical configurations to adapt to the situation in which you find yourself, whether at home, in the office or in… the car.

The redesigned hinge allows the headset to truly mold to the shape of your head, front and back. There’s a USB-C connection cable on the right side, which you can plug into a power source, like a power bank.

The modularity of this helmet is its strong point, you can take it wherever you want. Which means you can deploy a massive 300-inch screen wherever you go. If this isn’t the future…

The rear module incorporates the battery which offers two hours of autonomy. It is easily removable and has a fast charge of 30 watts in USB-C.

A smooth experience, but far from perfect

In short, we were able to test the Vive XR Elite at CES 2023. In virtual reality, the helmet is doing perfectly. The technology is now well mastered, it is improving as screens improve, helmets become lighter, sensors multiply…

Here, the Vive XR Elite offers a smooth and latency-free experience, which allows you to fully immerse yourself in the virtual universe without being disturbed by jerks. The tracking of head movements is relatively precise and fast, which makes immersion in the virtual universe very natural. As for the field of vision, it is wide and deep, which gives the impression of being really present in the virtual environment. In the proposed game, we were aboard a kayak at the bottom of a canyon. A total change of scenery. We were just disappointed by the detection of the paddle, which was very random.

We then had the opportunity to conduct several experiments in mixed reality mode. The first is Air Guitar, a kind of instrumental playback. The people who looked at me saw me miming the gesture of a guitarist without having the instrument in hand. It’s always fun to watch. The other experience consisted in putting oneself in the shoes of a virtual conductor directing an orchestra, a game designed by a French studio and which symbolically named it “Le Métavers”.

In short, when you put the HTC Vive XR Elite in mode pass-through, you see what’s around you in real life. They are not real glasses, since the helmet films the exterior using a camera and integrates it into the image you see.

It’s not perfectly clear, the colors are dull and the whole thing is grainy. It gives a washed-out sense of reality, but it’s possible to play content on your smartphone or chat with physical people around you. We position our hands well in the physical space, which shows that the helmet is still capable of reproducing at least the depth. This remains extremely perfectible, so much so that I almost shot one of the employees of HTC Vive.

The appearance of the HTC Vive XR Elite seemed relevant to us, since the headset resembles large glasses. It therefore gives us the impression to external people that they are real glasses, which certainly amplifies the effect pass-through.

In any case, even if we only spent an hour with the helmet, it is clear that it can be improved. It’s a story of hardware compromises. It’s still smartly designed, but doesn’t offer a serious alternative to Meta’s Quest Pro. Now, the hardware is only one aspect of the experience, the content is another. So let’s wait to see what HTC has in store for us in the coming months.

As a reminder, the HTC Vive XR Elite will be delivered in February 2022, for a price of 1,400 euros (with six games offered). It is not given at all.

We tried the HTC Vive XR Elite, the rival of the Meta Quest Pro