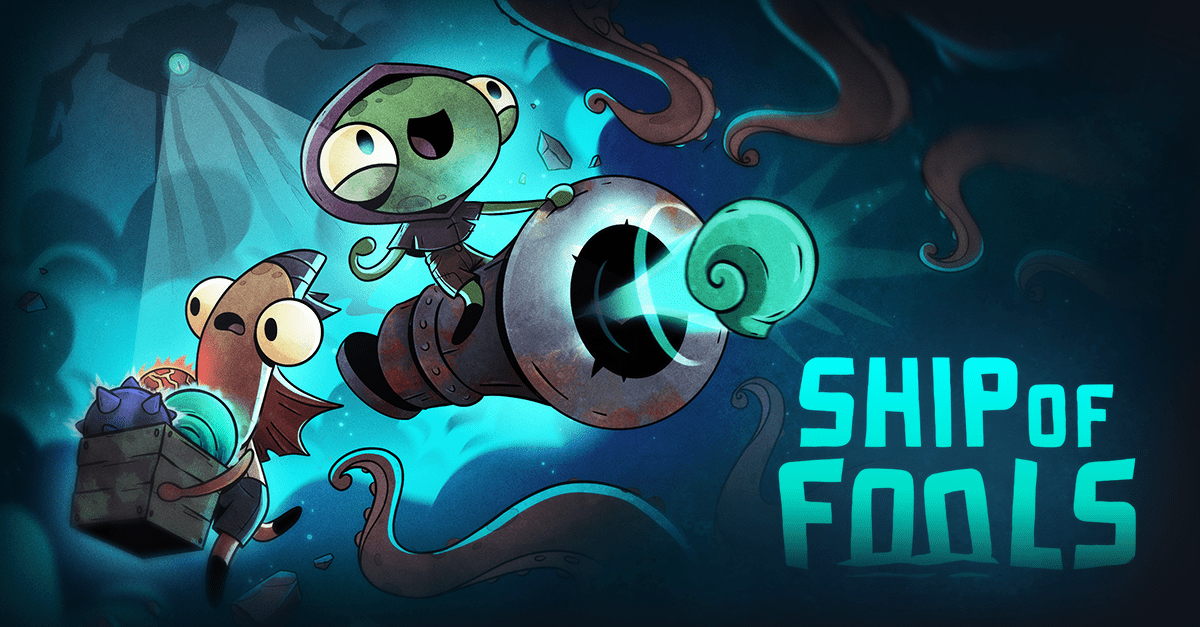 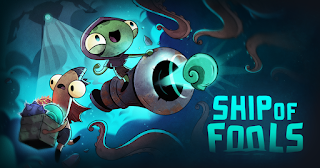 The Quebec studio Fika Productions and its designer Antoine Grégoire-Slight present their Roguelite type game playable in coop, Ship of Fools. This game has been available on PS5, Xbox Series, Switch and PC since November 22.

In this title, you will be invited to take control of crazy characters called the Fools. These funny characters will have to fight the nasty creatures that threaten the Archipelago. These therefore aboard your ship that you will have to carry out your mission. It is with the help of the cannon that you can move on the ship that you will have to protect the Archipelago and of course, your ship, the Stormstrider. The dastardly sea monsters will attempt to sink your ship. As you progress through the game, you will be prompted to upgrade your arsenal. However, teamwork is very important in this title, because even if your ammunition is super powerful, you will have difficulty doing it alone.

The adventure takes place on a map on which you will be able to advance your ship in different directions in order to progress towards the desired item or tool. Once you have decided the direction and where to move your ship you will have to defend it against the attacks of sea monsters who will try to sink you. Fortunately, as you progress, you will be able to get your hands on different things that will help you progress. Whether it’s money, new ammunition, life or even new characters. However, you will have to be careful, because sometimes the Eternal Storm will come to change your plans, because it will make you deviate from your trajectory. You will therefore have to make the consequent choices to continue your journey. Certainly, large creatures better known as ”bosses” will stand in front of you and you will have to try to eliminate them. Sometimes these encounters will put a quick end to your journey.

Throughout your adventure you can improve your characters, whether for the duration of a ”run” or permanently. In addition to improving the skills of the Fools by collecting relics, you can modify the strengths of your cannons, your projectiles and also the durability of the Stormstrider. As for the projectiles you are going to use, there are several variations, whether adding poison, using more piercing projectiles or relying on the amount of projectiles thrown. You can also rely on bombs to increase your firepower. There are also artifacts, upgrades for your characters and your ship. The ”hiccup” with these is that you will have to choose them wisely, as the number you can use on your boat is limited. The Stormstrider has three places where you can place the artifacts, however, you will also have to deposit your loot and ammo there. This is why you will have to make strategic choices.

Ship of Fools is a difficult game at first. In fact, you will have to get used to the game and of course, get to know the different upgrades well. Let’s say that our first games were rather infuriating, it took us some time to get comfortable and enjoy the game more. Ah, and if you play it with young children, prepare to receive several blows from paddles. Yes, we can attack our comrades and I can tell you that some players are having a field day. Despite this small detail, Ship of Fools is a fun title that won’t do as much damage as a game like Moving Out, Overcooked or Totally Reliable Delivery Service.

A game from Ubisoft?

Visually, Ship of Fools is reminiscent of the visual aesthetics of certain Ubisoft titles. You will find some hints there. Nevertheless, the game is very pleasant to watch, both in terms of environments and characters. Its ”Cartoon” look will appeal to young and old alike. The same is true for the sound environment.

So is it a good game?

In the end, we can say that we enjoyed our journey in Ship of Fools. Although it took us some time to adapt, the game offered us an interesting challenge with reasonable difficulty. The Roguelite aspect did not displease us either. Admittedly, sometimes the experience may seem redundant, but you quickly let yourself be intoxicated by the pleasure. Ship of Fools loses some of its charm when played alone or with strangers, but it’s still a good game that we recommend.

An interesting level of difficulty

We have fun playing it

We played Ship of Fools