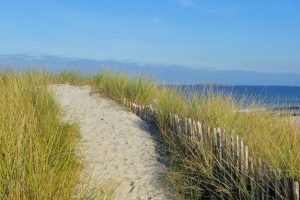 Vortex, the Breton series that illustrates the virtual reality revolution.

Brest, new favorite playground for French fiction? A few months later the presence of Virginie Efira in the city of Finistère, another French creation has chosen the region of Brest as an anchor point for its plot : Vortex, a new series created by France Télévision and carried by actor Tomer Sisley and actress Camille Claris, among others. Broadcast in early 2023 on television and streaming platforms, it has the particularity of highlighting a new technology that is causing a lot of talk: virtual reality. And, let it be said, the phenomenon is surely only beginning…

Finistère, at the heart of the plot of Vortex – Photo: sandimage, CC0

Vortex, at the heart of an investigation like no other

The plot of the new Franco-Belgian program created by France Télévision and directed by Slimane-Baptise Berhoun is simple. This is a new, slightly futuristic thriller in 6 episodes that sees Ludovic (Tomer Sisley, who has loved his shoot in Brittany), captain of the judicial police in Brest in 2025 and remarried after a personal tragedy who accidentally finds a way to communicate with his first wife Mélanie (Camille Claris), died in 1998 in an accident. His key to communicating with her? A bug produced by a virtual reality tool that allows him to return to the past as police teams now reconstruct crime scenes in a virtual reality room, thanks to the intervention of an armada of drones.

If the two characters evolve in a different space-time, time flows on the other hand in the same way for Mélanie as for Ludovic. And since the policeman takes a leap into the past just 11 days before the accident that claimed the life of his wife, he knows that every minute is counted in an attempt to save her life and thus change the course of history. Problem, touching the past necessarily has an impact on the present as well…

A new theme thoroughly explored in a series

In this new sci-fi series, the hero’s leap into the past owes nothing to strange forces or any kind of magic. To set the plot in place, the scenario is based on a very concrete fact: a bug in a booming technology, virtual reality. An element that has the gift of making this new program very rooted in reality and in the present, even if the facts officially take place in 2025.

Beyond dealing with virtual reality as a subject that will disrupt the way police work, the team of Vortex has also exploited this new technology on a technical level. In effect, no green background for the special effects, but the use of virtual reality thanks to the “volume” technique. And it is quite simply the first time that this technology has been used on this scale in a French production, in order to allow the actors to be completely immersed in the plot. 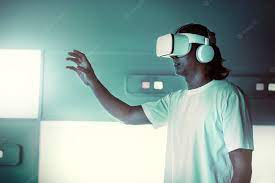 Virtual reality, a phenomenon that goes (far beyond) fiction

If virtual reality is now arriving in force in the world of fiction, it is clear that it has already found its place in many sectors. For example, in the world of medicine, this technology allows patients to better understand their state of health and/or to reduce anxiety in certain people with phobias or traumas thanks to so-called immersion therapies. In the world of video games, again, VR gives players the opportunity to immerse themselves in a game and forget the real world for a while.. More specifically, with regard to online poker, virtual reality allows players to enjoy a unique experience which combines the advantages of poker in the real world, with its special atmosphere, and online gambling, which allows you to indulge in your passion anytime and anywhere.

But that’s not all, virtual reality is also becoming more and more part of the consumer journey of the French. For example, on Instagram, Pinterest and especially on Snapchat, it is not uncommon to discover augmented reality filters that allow everyone to virtually test products before buying them. For example, recently, Yves Rocher made up the young people on Snapchat for Christmas. A few weeks and months earlier, brands like Auchan, Moto GP or even YSL and Cacharel invited themselves to the platform with the ghost logo to offer a new shopping experience to their customers.

So, we have to be ready for 2023: virtual reality will be queen in the series Vortex, that’s for sure, but not only. The technological revolution is underway!

Vortex, the Breton series that illustrates the virtual reality revolution