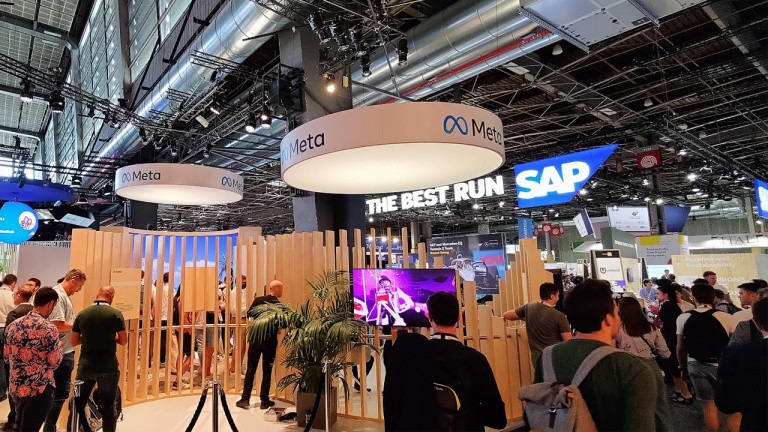 News hardware VivaTech: will you be able to test Facebook’s META?

The biggest European exhibition around innovation and digital is back from June 15 to 18. This year, the show has gone all out on Web3. Among these new stands, that of META is a great success. Indeed, to test the Facebook metaverse some people had to wait several hours…

The Vivatech show with Web3 sauce

The Vivatech show, which appeared for the first time in 2016, has become the unmissable meeting place for the world’s technological elite. Each year, the show highlights new technologies and innovations by inviting the best companies in their fields.

For this 6th edition, Vivatech has honored the world of blockchain by inviting very big names from the crypto ecosystem to headline.

Thus, the pros of the sector were able to attend on June 15 and 16, interventions (remotely) by Vitalik Buterin, the creator of Ethereum, the second largest cryptocurrency behind Bitcoin. The Russian entrepreneur took the opportunity to popularize and develop the different uses of blockchain across several sectors.

Generally, when we hear blockchain and web3, the metaverse is never far away…

LVMH, which intends to permanently install its products and services in the virtual world, has the largest stand at the show. The group notably presents “different applications of the uses of the metaverse for the world of luxury, partly through its new virtual muse, Livi, who will be the spokesperson for the Group’s innovations”.

Indeed, META, one of the leaders in the field, is also there with a stand dedicated to its Horizon virtual world.

A stand that is a great success since to participate in an activity in the metaverse the queue was 5 hours this Thursday, June 15.

While the show was only reserved for professionals, one wonders how much waiting time is necessary when it opens to the general public?

You are surely wondering what generalissimo activity requires 5 hours of waiting… A roller coaster in the metaverse? No, an augmented reality meeting.

Indeed, for Vivatech 2022, Mark Zukerberg’s company offers the possibility of participating in a virtual meeting in its Horizon Workrooms metaverse.

The company has planned for the occasion a range of Oculus Quest 2 headphones that will propel you directly into the professional world of tomorrow.

So if you don’t have 5 hours to devote to a virtual meeting, put on your Oculus, we teleport you into the world of work of the future.

First, using your controller, you choose the setting for the meeting of your dreams: a heavenly beach, a chalet in the mountains, the forest….

Then comes the choice of your cartoon character avatar.

Once your character has been created, you sit down with your colleagues around a virtual 3D meeting table.

When interacting alone at home, your avatar reproduces in the virtual world, your movements and your facial expression rather faithfully.

Thanks to the spatialization of the sound, each interlocutor is audible, but with a variability of sound power depending on their position on the meeting table. A neighbor who whispers to you “what are we eating for lunch? will not be heard throughout the virtual room, fortunately… This feature will make exchanges more spontaneous according to Antoine Bordes, the IA director of Meta.

Finally, to take notes in this virtual world, you can use word processing software directly integrated into the interface, but also let yourself be tempted by the virtual pen which reproduces the movement fairly reliably, thanks to “hand tracking”. hand and fingers.

End of the meeting…

Although not everyone has a virtual reality headset at home, at this level of development, the tool would have been very useful in the context of confinements a few years ago.

VivaTech: will you be able to test Facebook’s META?