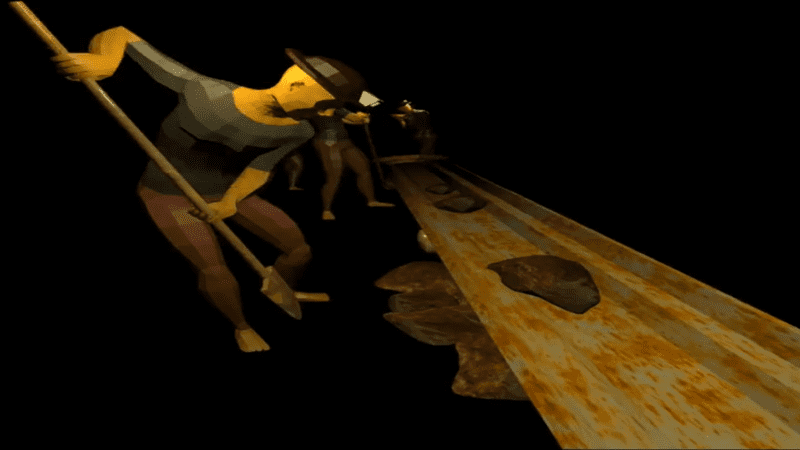 Yann and Enes, two Burgundian students modeled the Telots mines in Autun (Saône-et-Loire) using virtual reality. A project that allows us to preserve the memory of it and to glimpse the heritage in a different way.

In Autun, few people are unfamiliar with the Telots mine. Built in 1813 north of the Saône-et-Loire, these shale extraction facilities were among the largest in France. Nearly 2,000 employees took turns at the mine to extract and then transform this material into oil. Abandoned since 1957, the site is gradually disappearing under the vegetation.

To the University Institute of Technology (IUT) of Chalon-sur-Saône, Yann and Enes try to revive this heritage thanks to new technologies. With the help of photographs, plans and testimonials from the city’s Natural History Museum, these two students in Professional Sound and Image Techniques have succeeded in reconstructing the interior of the mine using augmented reality. A feat that was not easy as Yann explains: “Reconstructing the environment as it was at the time was really difficult. Especially since the images given to us were from different periods so they had to be classified so that they represent reality as faithfully as possible. » The two comrades spent three months programming and modeling the former mining site.

Equipped with a virtual reality headset, Martial relives this era gone by 65 years ago. As a child, this resident of Saint-Forgeot visited the mine with his father, a former employee of the Telots. A dark place, of which he keeps imperishable images and sensations: “The memory I have of it is an excessively noisy factory with a strong smell. There was a smell of shale, a smell found in refineries, remembers this Saône-et-Loirien. Before qualifying the experience in 3D: “The crusher, from which we see a few stones coming out, was not the reality of things, it was turning much faster and there was a huge noise. »

The project makes it possible to preserve heritage in a different way and to pass it on to future generations. Especially since the facilities are eaten away by rust and the concrete buildings crumble over time. The mine simulation in virtual reality will join next year the Natural History Museum and its collection dedicated to the industrial heritage of Saône-et-Loire.

Virtual reality: discover the Télots shale mine in Autun, as if you were there!