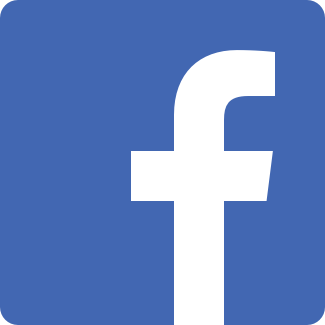 Today, Meta finally sees its sales of virtual reality headsets take off. And that’s largely thanks to helmet Quest 2 which, in addition to being practical (not requiring a computer or a smartphone), is relatively affordable. Indeed, the Quest 2 costs 349 euros (while the group’s first VR headset, the Oculus Rift, was twice as expensive when it was launched and required a sufficiently powerful PC).

Unfortunately (or not), for virtual reality and augmented reality enthusiasts, Meta’s next headset could be much more expensive than the Oculus Quest 2. In any case, this is what is suggested by an article from The Information , quoted by our colleagues from Road to VR.

The Information would have had access to Meta’s roadmap for AR/VR headsets and it would indicate that the next product will be the Project Cambria headset, with a price tag of $800 in the United States.

In this kind of situation, companies generally do not comment. However, according to Road to VR, a Meta representative indicated that the $800 price quoted by the article would be inaccurate and that the true price would be “significantly higher”. It would seem that Meta is already preparing the public for a price that could exceed 1,000 dollars in the USA.

But that high price might be justified by a totally different experience than the affordable Oculus Quest headset. As a reminder, Meta has already done the teasing of the Project Cambria headset in 2021. And we know that in addition to virtual reality, this product will also provide an augmented reality experience through external cameras.

In essence, Cambria should target a more upscale market. And it will certainly be one of the main competitors for Apple’s future headphones. Rumor has it that this one will also combine virtual reality and augmented reality.

The Engadget site also quotes the recent publication of The Information. And according to this, using the Cambria headset will be comparable to having a laptop hanging from your face, which suggests that this headset will benefit from substantial computing power.

Note also that the roadmap of Meta would include a total of four new products (Cambria included) by 2024. And it is always possible that the other products of this roadmap will be more affordable, and that the group plans a successor to the Oculus Quest 2, with a more affordable price.

“North America will remain the largest XR market, given the size and advancement of its consumer and professional users. This demand will be met by today’s biggest XR brands like Oculus and highly anticipated new entrants like Apple.”predicts Harmeet Singh Walia , senior analyst at Counterpoint.

Also according to the analyst, despite the size of its market, market growth would be slower in Europe due to the lack of a common language which complicates the creation of content for headsets.

“The fastest growth is therefore expected in China, which will benefit from the early adoption of 5G and a common language facilitating content creation”also predicts the analyst.

Virtual and augmented reality: Meta’s next headset will cost a blind