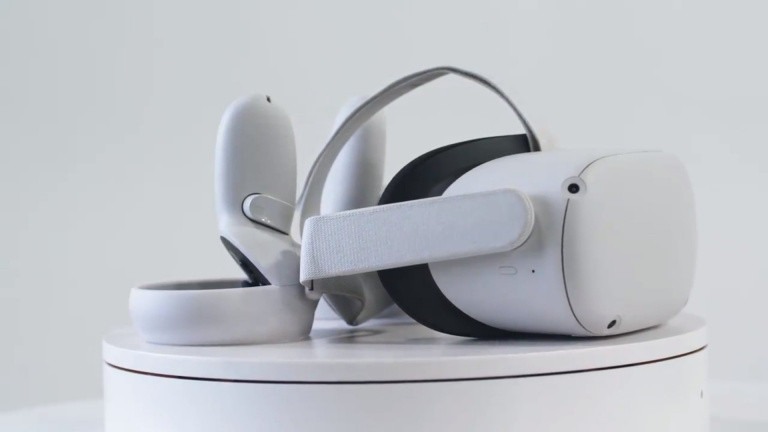 Virtual reality has become a very important part of the video game landscape. Even though its practice is still confined to a niche, many titles are appearing, in particular horror games and other experiences exploiting the specific features of VR. But obviously, some creators would like to go further in “reality”.

A rather original virtual reality experience

Virtual reality allows things that we could not imagine without having a helmet placed on the nose with two screens a few centimeters from our eyes. The experiences are more and more convincing, as evidenced by the very good games like Half Life Alyx, which has converted a good number of players to VR.

One of the co-founders of Oculus, Palmer Luckey, came up with the idea of ​​a rather peculiar game. Why not offer people to actually die if their avatar dies in the game? This plot straight out of Sword Art Online and other older works are once again taking center stage with this rather macabre promotion.

The idea of ​​merging real life with the virtual avatar has always intrigued me – you immediately raise the bar to the max, forcing people to change the way they interact with the virtual world and the actors in it at fundamentally rethink. Bloated graphics can make the game more real, but only the threat of serious consequences can make a game real for you and all other participants.

Of course, Luckey Palm speaks here as co-founder of a virtual reality headset, and not as a real game designer, capable of truly offering immersive and relevant experiences. For example, we can take the example of Red Dead Redemption II, which takes the opposite of GTA V by offering a slower and more realistic experience on certain points in order to truly integrate the player into the plot via the character of Arthur Morgan. Actions have consequences, and that’s what a lot of studios want for their more immersive experiences (especially AAA).

Luckey Palmer’s idea is, let’s say it clearly, stupid, but it really allows a discussion on the notion of “immersion” so dear to editors, especially during presentations during major events.

VR is the future?

You can’t basically talk about virtual reality as the “future of gaming”, because it’s already a reality, but on top of that, game design working methods are changing drastically between a non-VR game and a VR game.

Today, independent VR games instead offer experiences, allowing us to see the limits of this technology. Even though some games offer true VR adventures like Half-Life Alyx, it’s still too rare and early to see great games only ported for VR.

Tell yourself that Luckey Palmer had the wonderful idea of ​​putting explosive charges on the player in order to make him explode if he loses in the game… Today, Luckey Palmer has founded a company, Anduril Industries, specializing in autonomous defense systems for the American army… Let’s keep him far from video games again, please.

This Virtual Reality Headset Kills You If You Die In-Game