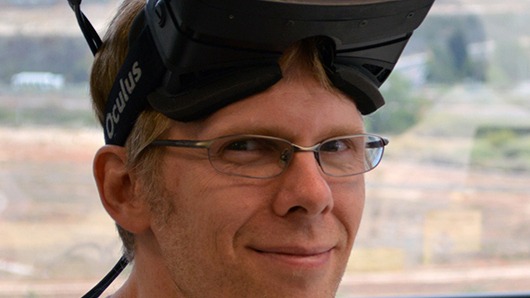 John Carmack, the king of VR and video game legend, leaves Meta! After 10 years in the box, the technical director said his salty goodbyes to Mark Zuckerberg and his crazy projects. The crisis at Meta intensifies.

Do you know John Carmack? Famous among the biggest fans of video games, John Carmack is the father of several cult FPS. We can cite :

Holy CV huh? After breaking the FPS game, John Carmack tackled the new cutting-edge video game technology of the 2010s: VR. This is how he found himself technical director of Oculus in 2013. As a reminder, Oculus is the box that Mark Zuckerberg bought in order to fulfill his dream: to immerse the world in his “Metavers”.

This Saturday, December 17, thunderclap: John Carmack resigns. The public announcement was made on his Facebook account, logical, and you can read the seum between the lines of good old John. He begins his text with the following words:

It’s the end of my decade in VR. I feel divided.

Further on, he speaks of a “organization that has known only inefficiency” and even “self-sabotage”. As you read, a culprit emerges: the management of Meta, the parent company of Facebook and Oculus. Despite his influence, John Carmack has, according to him, failed to “get things moving”. Worse, he wouldn’t even have succeeded in getting some “dumb projects” before they “do harm”. In short, there seems to be a fundamental disagreement on the way of working of the big boss Mark Zuckerberg and that of the technical manager John Carmack.

Despite his assumed frustrations, the 52-year-old engineer believes that the Meta Quest 2 is a “good product”. The VR headset could have been better, obviously, but it’s still close to what John Carmack calls “The Right Thing”.

This major resignation is another blow to Meta’s head. As a reminder, the company has already lost 2 big names in 2022: Sheryl Sandberg, the number 2 of the box and Vivek Sharmak, boss of Horizon World, the famous Metaverse fantasized by Mark Zuckerberg.

The billionaire is ready to break the bank to see his dream of Ready-Player-One-ization of the world come true, but, from the outside, he seems to do as he pleases. Result : Horizon World is a huge flop, the general public still hasn’t converted to VR, Meta’s stock has been plummeting for a good year, and the company is posting a $4.4 billion shortfall in the third quarter of 2022. In short, it doesn’t smell very good.

Abandoning ship, John Carmack should now focus on his startup Keen Technologies whose crazy goal is to develop an ultra-versatile AI that will reason like a living being, without a specific algorithm. We call it an AGI, and the subject is very serious. Who else but Carmack to achieve this crazy goal?