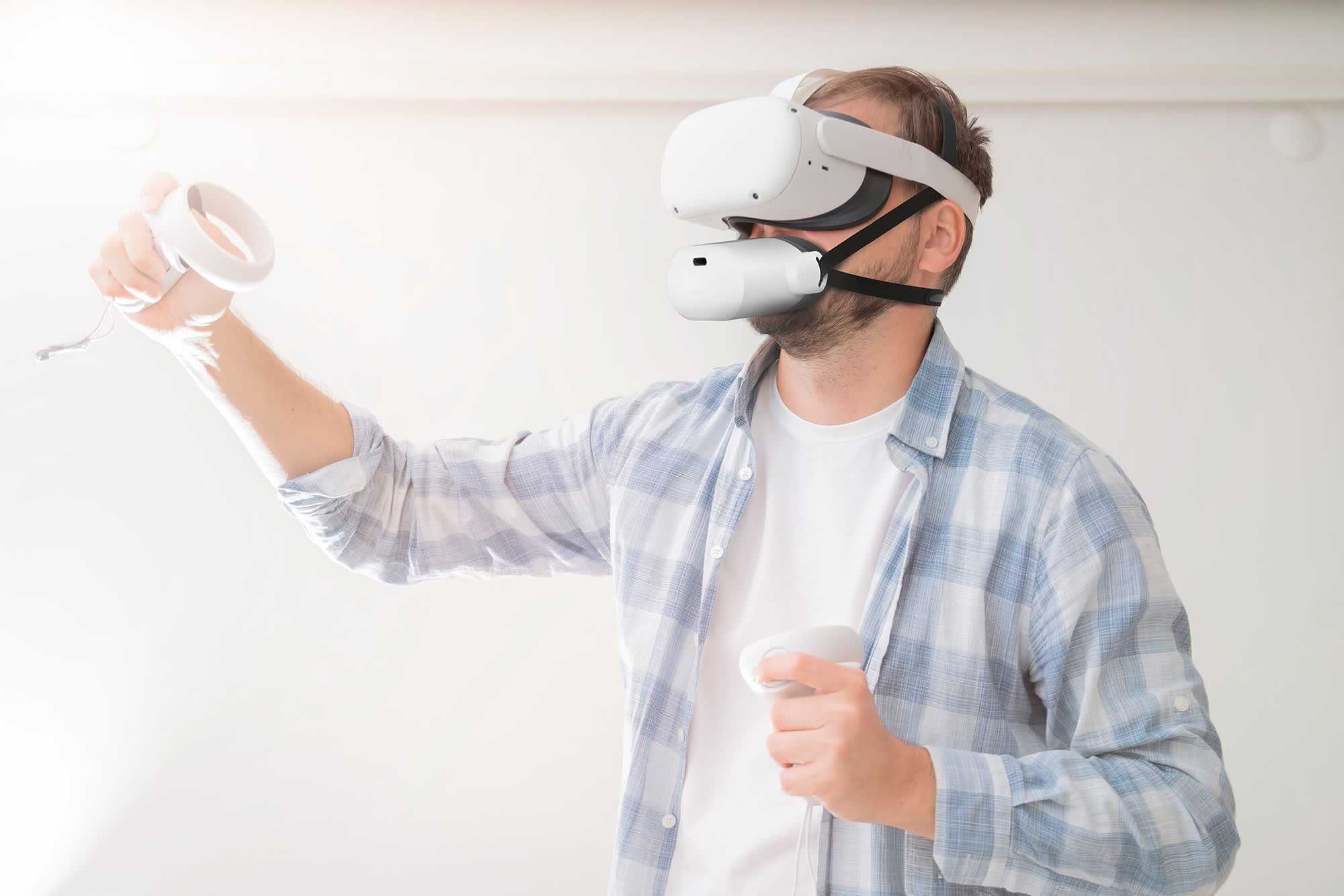 WTF? ! Every year, CES has at least one quirky concept that never takes off. We may have found this year’s winner with a microphone that attaches to your mouth like a muzzle. Enter the age of the cyber idiot.

Virtual reality accessory startup Shiftfall has unveiled a unique microphone that users can wear. Dubbed “Mutalk,” the mic looks like a VR headset but for your mouth. Playing VR games already seems silly enough to those watching. Adding this crazy device takes it to another level of weirdness.

As ridiculous as Mutalk may sound, it has a solid, practical purpose. When designing the device, Shiftfall was looking for a way to simultaneously tackle ambient noise cancellation around the wearer while muting their voice to those nearby, hence the portmanteau Mutalk – mute + talk.

Shiftfall says his device uses a Helmholtz resonator to achieve an average of -20db muffling of external and internal sounds. For higher frequencies, such as shouting, Mutalk can attenuate noise levels by 30dB. This indicates to users that their in-game conversations can be silenced so as not to disturb loved ones, while teammates can hear them clearly with ambient noise reduced or eliminated.

The Mutalk mic isn’t just for virtual reality. Frankly, it looks a little less ridiculous when used without a strap. The cup-shaped device is muted when placed with the mouthpiece up, such as on a desk. Lifting the Mutalk and sealing it in the mouth allows users to chat privately without disturbing their colleagues.

Shiftall says customers can also use Mutalk as a hands-free Bluetooth phone headset with up to 10 hours of battery life per charge through its 3.5mm earphone socket. However, I don’t see many people choosing this option over a decent set of noise-cancelling wireless headphones. It’s way too bulky to be practical for that.

Even using it for avid online multiplayer games, it’s hard to imagine many people wearing this thing instead of a regular Bluetooth headset. Muting your sometimes vulgar conversation with those around you is an attractive feature, but the mic feels too bulky and uncomfortable for anyone to purposely wear it.

Unlike many left-field concepts we’ve seen come out of CES, Mutalk seems like the rare exception that will hit the market. Shiftall plans to launch the wacky device in the US this summer for $200 — another sticking point that makes me think it’s doomed. I guess we’ll see, but my money is that Mutalk isn’t likely to win over consumers.