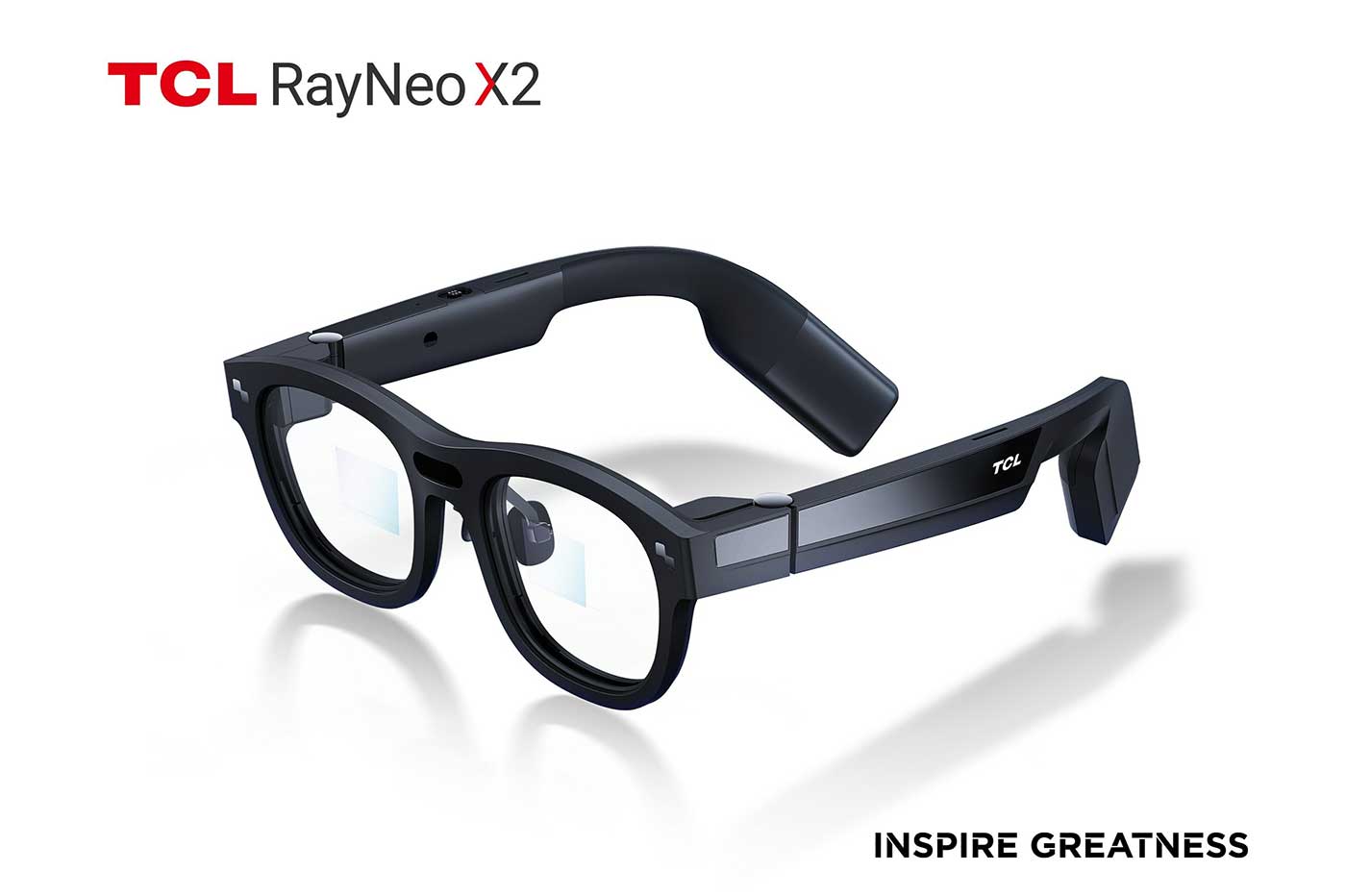 TCL has more ideas and presents the RayNeo X2. The firm, known to the general public for its televisions, is used to showing its expertise in display technology at major events. It is therefore not surprising to see the Chinese firm take an interest in the connected glasses segment. For Mark Zuckerberg, they will mark the 2020 decade and they could even push the smartphone to the exit thanks to the metaverse. We are not there yet, but it is clear that glasses have a certain potential. The TCL RayNeo X2 use Micro-LED technology to stand out.

Specifically, these augmented reality (AR) glasses feature full-color Micro-LED optical waveguide binocular displays. A first that allows TCL to offer a whole host of features, with a design capable of appealing to the general public. It is not a question of a helmet, but rather of a design inspired by traditional glasses and without compromising on the technical level. The manufacturer evokes a light frame suitable for daily wear, driven by the same chip as that of the Meta Quest 2.

It is indeed the Snapdragon XR2 chip from Qualcomm, also present in the PICO 4, which is responsible for powering the glasses. An interesting power for the RayNeo X2 which claims a contrast of up to 100,000:1 and a brightness of up to 1,000 nits. In fact, this allows for indoor and outdoor use.

Above all, this power allows these glasses to offer a lot of features. In particular, there is a GPS navigation system capable of using simultaneous localization and mapping (SLAM), as well as gesture recognition. The TCL RayNeo X2 screen also offers to display message and call notifications.

Like the model presented by Google, connected glasses aim to break down language barriers. TCL offers translation via AI capable of translating “multiple languages” in real time. The glasses automatically detect and translate conversations by displaying captions on the screen.

Entertainment is not forgotten with an integrated hands-free camera function. The wearer can take photos, videos and even make time-lapses with a first person view. To help, the manufacturer offers various functions such as image stabilization and even an “automatic night mode”. The content can then be transferred to smartphones while the user can listen to music. According to TCL, listening is done “discreetly” and without sound leakage, enough to also replace the headphones. There is also a “whisper mode” intended to protect privacy.

TCL still has work to do

Behind the promising aspect of the product, TCL knows that it will have to develop a new ARM ecosystem. The brand will launch a development project in the first quarter of 2023 to create user-oriented features. “With the deployment of the TCL RayNeo X2s, we seek to build a dynamic and comprehensive AR ecosystem to provide our users with rich content and engaging services. These would include a series of original AR games developed by our team,” Howie Li, CEO of TCL RayNeo tells us.

TCL announces that the TCL RayNeo X2 glasses will be available for developers by the end of the first quarter of 2023. A commercial launch will take place later, without any details on the price.

On the other hand, we know that the Chinese specialist would launch portable screen glasses. The TCL NXTWEAR S, already seen at IFA 2022, will be marketed in Europe in the first quarter of 2023. The glasses will be displayed at 499 euros.

These AR glasses want you to forget about your smartphone