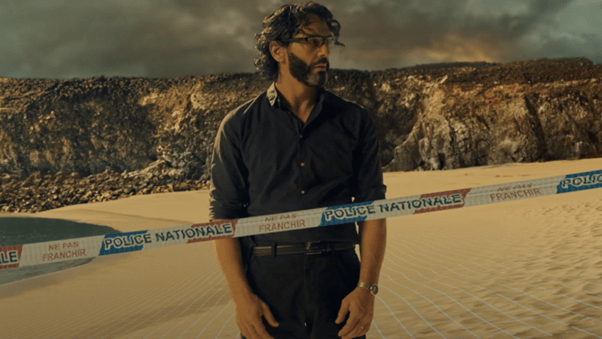 A police investigation and a love dilemma

How far can we havegoing to change the past? If going back in time was possible, how to save those we love, faced with a terrible tragedy? How can we achieve this without impacting the future, without upsetting what we have built?

Between breathless police investigation and overwhelming love drama, the series Vortex immerses us in the fantastic and fascinating universe of the dangerous ways of time. Designed by Camille Couasse (Lupine) and Sarah Farkas from a concept by detective novelist Franck Thilliez (Labyrinths, 1991, Train d’enfer for red gold), she promises an unfailing mastery of the art of suspense and investigation.

It is co-produced by Quad Drama, France Télévision, AT-Production and RTBF.

Synopsis : 2025. The crime scenes are now filmed and reconstructed in virtual reality in order to be studied in their smallest details. Captain of the judicial police in Brest, Ludovic had the misfortune to lose the love of his life, Mélanie, 27 years ago. The mother of their daughter Juliette died in what appeared to be an accident…

The body of a woman is discovered in 2025 on Corsen beach, the same beach where Melanie’s body was found in July 1998. As he examines the crime scene in the virtual reality room, Ludo, the breathless, discovers there, without being able to touch her, Mélanie, alive. A time rift has opened, they can communicate between 2025 and 1998! Ludovic warns Mélanie: she will die in 11 days! But saving her from certain death means that Ludovic risks losing his life in the present, the one he took so long to rebuild: his new wife Parvana, and their son Sam…

A series shot in Finistère and supported by Bretagne Cinéma

A beach of light sand, a mysterious atmosphere, an astonishing discovery… a large part of the filming of Vortex was made on the beach of Corsen in Finistère, which serves as the setting for the main investigation of the series.

During the viewing, you will also recognize several districts of the city of Brest where scenes were filmed (streets and shops, Pont de Recouvrance, University of Medicine, Court of Justice, Morvan Hospital, etc.) as well as sets of surrounding towns (Landunvez , Porspoder, Ploudaniel).

Supported by Bretagne Cinéma, the series has received financial aid from the Brittany Region (in partnership with the CNC) and personalized support from the filming office.

The “Vortex” series on France 2 from January! Brittany Cinema