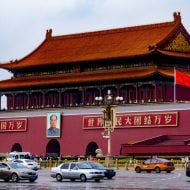 The Vatican announced some surprising news on May 5. The Humanity 2.0 Foundation of the Holy See wishes to embark on the metaverse through a partnership with Sensorium. On the program, a gallery of works of art NFT in virtual reality (VR).

Humanity 2.0 is a non-profit organization that seeks to overcome barriers to the socio-economic and cultural development of humanity using media and technology. As for Sensorium, it is a company specializing in the development of metaverses and virtual reality. Through their agreement, the two partners wish ” develop NFT’s first-ever VR gallery hosting Vatican art, content and academic initiatives “.

This virtual art gallery aims to be as accessible as possible. It is planned to be able to go there with a VR headset to be in total immersion, but also with a computer, and even via a smartphone application thanks to augmented reality.

” We look forward to working with Sensorium to explore different ways to democratize art and make it more accessible to people around the world, regardless of their socio-economic and geographic limitations. “, has Explain Father Philip Larrey, president of Humanity 2.0.

This VR art gallery is scheduled to be released within Sensorium’s metaverse, titled Galaxy. The latter should be launched during the year.

When museums put their noses in NFTs

Museums are increasingly interested in web 3.0 and NFTs. Indeed, technologies in this field can offer digital preservation of a large number of works of art and would facilitate access to culture for the greatest number. Moreover, the Vatican is one of the most visited art museums in the world. Every year, nearly 6 million curious people come to visit its collection, which consists of 800 pieces made by 250 renowned artists.

However, the question of the Vatican’s interest in NFTs is legitimate. If non-fungible tokens are famous today, it is above all for their financial characteristics playing on their high volatility and speculation. Sensorium’s press release remains vague as to the usefulness of NFTs in their future art gallery.

” The nature of this project for Humanity 2.0 is exclusively social and non-commercial “, said a spokesperson for the Vatican to ART news. ” Also, NFTs don’t have to come from works of art, but can also be tickets and other objects.. »

Some museums have preferred to take advantage of the financial aspect of NFTs in order to replenish their coffers. In February, the British Museum in London sold several depictions of British painter William Turner’s watercolors as digital assets.

The Vatican is working on a virtual museum in the Metaverse