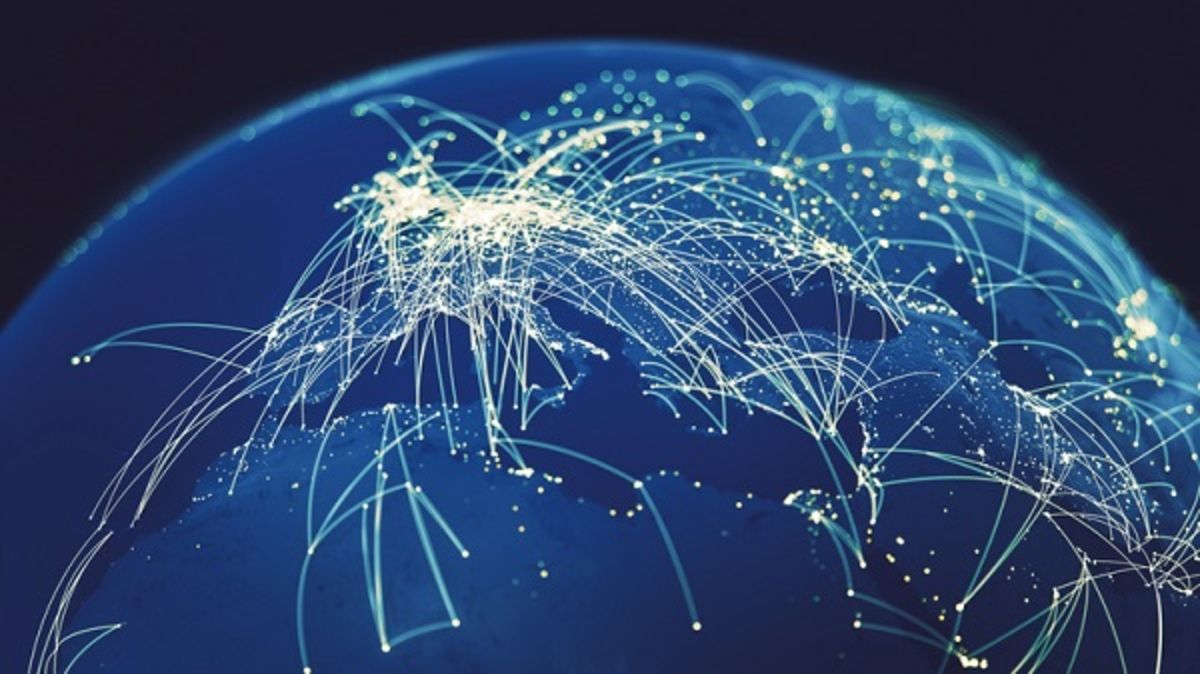 From its humble beginnings, the internet has grown into an experience that is revolutionizing the way we interact, shop, learn and work. The Internet has become a digital space where anyone, anywhere in the world, can receive information on any subject. The World Wide Web is now a source of unlimited possibilities, showing us a bright future of globalized communication.

First there was web 1.0, then web 2.0. Today we see the beginnings of the Web3the new age of the internet that its proponents say will be unlike anything we’ve seen before: free, decentralized, and without the financial policies and programs of big business.

The idea of ​​Web3 is to weave blockchain technology, like cryptocurrencies and NFTs, into the fabric of our digital world. Virtual and augmented realities also come into play, especially with the introduction of the metaverse. Web3 proponents see blockchain as a reliable and transparent way to trace data and make the internet a more accessible space for everyone.

At least that is the most optimistic view.

But on the internet, anything that has a positive potential can be used for malicious purposes. Like today, the next iteration of the web could continue to allow malicious actors to carry out carefully crafted scams, harassment, abuse, misinformation and identity theft – potentially on an ever-larger scale.

Kat Townsend, executive director of open data collaborations at the Web Foundation, says that one of the main issues facing the future of the World Wide Web is the emergence of a “splinternet”, i.e. i.e. a fragmented internet made up of several distinct elements that block the free flow of information between nations and users.

In a fragmented internet, countries can decide what users can or cannot do online. Governments usually justify web fragmentation on national security concerns, as in the case of the US attempt to ban Chinese-owned TikTok. In many cases, the fragmentation of the web is a way for governments to stem the influence of the internet on political discourse.

Fragmentation creates major blockages to global cooperation and the free flow of information. According to Kat Townsend, it is not enough for companies to take responsibility for combating privacy and fragmentation issues. To succeed, they must make the effort to work together.

“Increasing fragmentation is a real threat to online privacy and security,” Kat Townsend told ZDNet. “When privacy policies are written, how are they implemented or enforced? We would like to see more co-creation in these policies. Basically, to have a safe web, you need policies that are developed with multiple partners and organizations. »

Blockchain and virtual reality technologies also have their pitfalls. The claim that blockchain is a magical solution to Big Tech’s problems downplays the negative aspects of the technology, such as the fact that cryptocurrency mining is a major burden on the environment and harbors fake mining systems. get rich quick. In the current state of things, this technology does not meet its expectations.

Online virtual reality and augmented reality spaces are also fragmented and lack proper security provisions. Meta has invested huge sums of money in its metaverse technology, but has been criticized for failing to moderate its virtual environments, allowing harmful behavior to flourish. If social media companies fail to master the problems facing their current platforms, what about the safety and security of our future internet?

Regulate or let it be?

The Web Foundation hopes that users will impose higher standards on big tech companies and that legal and community guidelines will ensure that organizations are held accountable for the ethical use of virtual reality. The problem, however, is the ongoing struggle between the desire for less government regulation and the need to trust companies to make decisions in the interests of users.

“We are delighted that people are curious about how to make the world a better place. But what we’ve seen is that blockchain-based technologies are being used to consolidate power and being used for more harm than good,” says Kat Townsend.

Kat Townsend refers to the Web Foundation’s “Contract for the Web” as a guideline for a safer internet. The contract, created by Tim Berners-Lee, the creator of the World Wide Web, outlines the responsibilities of governments, businesses and citizens in a collaborative effort to create a safe and accessible internet. This work includes making the internet accessible and affordable, developing technologies that support the positive aspects of the internet, tackling harmful online behavior and upholding all internet users’ right to privacy and respect.

Few governments officially endorsed the contract: Russia and China, for example, were not expected to sign it. Likewise, after former US President Donald Trump rolled back Obama-era net neutrality provisions, the US has moved further away from Tim Berners-Lee’s vision.

Companies that have openly shown their support for the contract for the web have also drawn criticism. In 2019, after Facebook announced its support, Tim Berners-Lee criticized Mark Zuckerberg for continuing to allow targeted political ads on its platform ahead of the UK general election.

In 2021, the Web Foundation created the Tech Policy Design Lab, to determine how well the contract holds up in today’s online world. The initiative aims to identify solutions to critical issues affecting the web, including harassment, gender equality, internet access, content moderation, internet fragmentation, privacy and ethics of AI.

The lab works with businesses, governments, NGOs, researchers, and internet users to create technology policies that can be adopted at scale and put “human-centered design” at the forefront.

The scope of influence is somewhat limited, as the organization is not a government entity. Platforms and governments that endorse the Web Agreement aren’t obligated to follow its guidelines, and there’s not much that people can do to stay safe online. But it is hoped that by sharing lessons and best practices from around the world, stakeholders can contribute to a collective effort to make the internet better, safer and fairer for everyone.

“The web is a fundamental public common good. For those who have access to it, it’s the place where we can connect with each other,” said Kat Townsend. “No matter where or who you are, you should be able to have a safe and reliable web experience. »

The future of the web could be bright, but there are things to settle first