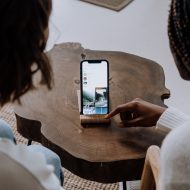 In the context of the trial confronting them with Meta, the Federal Trade Commission (FTC) requested, on December 8, 2022, that Mark Zuckerberg’s firm put an end to the process of acquiring the studio Within. Known for having developed the virtual reality fitness application Supernatural, American regulators are concerned about the acquisition of the company by Meta which, according to them, would reduce competition in this market.

A takeover project aborted by the Federal Trade Commission

While Meta wanted to buy the virtual reality studio Within at the end of 2021 for 400 million dollars, the FTC has vetoed. The American authority considers that Mark Zuckerberg’s firm is trying to acquire its competitor so that it no longer overshadows it in the virtual reality market, a sector where he is very active. After several months of investigation, the Federal Trade Commission has decided to file a complaint against Meta in July 2022.

In the same category
Are young people turning to TikTok to check the news?

As part of the lawsuit arising from this complaint, lawyers for the US antitrust authority were heard on December 8, 2022. They requested to put an end to the takeover process initiated by Meta. The technology giant, for its part, declared to the wall street journal that he was confident, Evidence will show that our acquisition of Within will be good for users, developers and the VR industry, which is experiencing fierce competition. “says a spokesperson for the company.

For the FTC, if Meta does not buy Within, competition in the virtual reality market would be strengthened since it would force the technological giant to develop an application of the same ilk as Supernatural. ” Meta’s potential entry into the VR fitness app market is prompting Within and others to further compete for customer loyalty and product improvements added the authority. She also claims that Meta has all the capabilities to create such an application.

To counter the FTC’s arguments, Meta’s lawyers made it clear to the judge that the company had no intention of creating its own application fitness in virtual reality. ” Even if the firm is present in the virtual reality sector, nothing obliges a company to create rather than buy its tailor-made applications. said Mark Hansen, attorney for Meta.

Judge Edward Davila will have to hear the various arguments of the two parties in the courtroom over the next two weeks. It will decide by the end of the year on the anti-competitive nature or not of the proposed acquisition. In the list of people who can be interviewed, is the name of the general manager of the parent company of Facebook, mark zuckerberg.