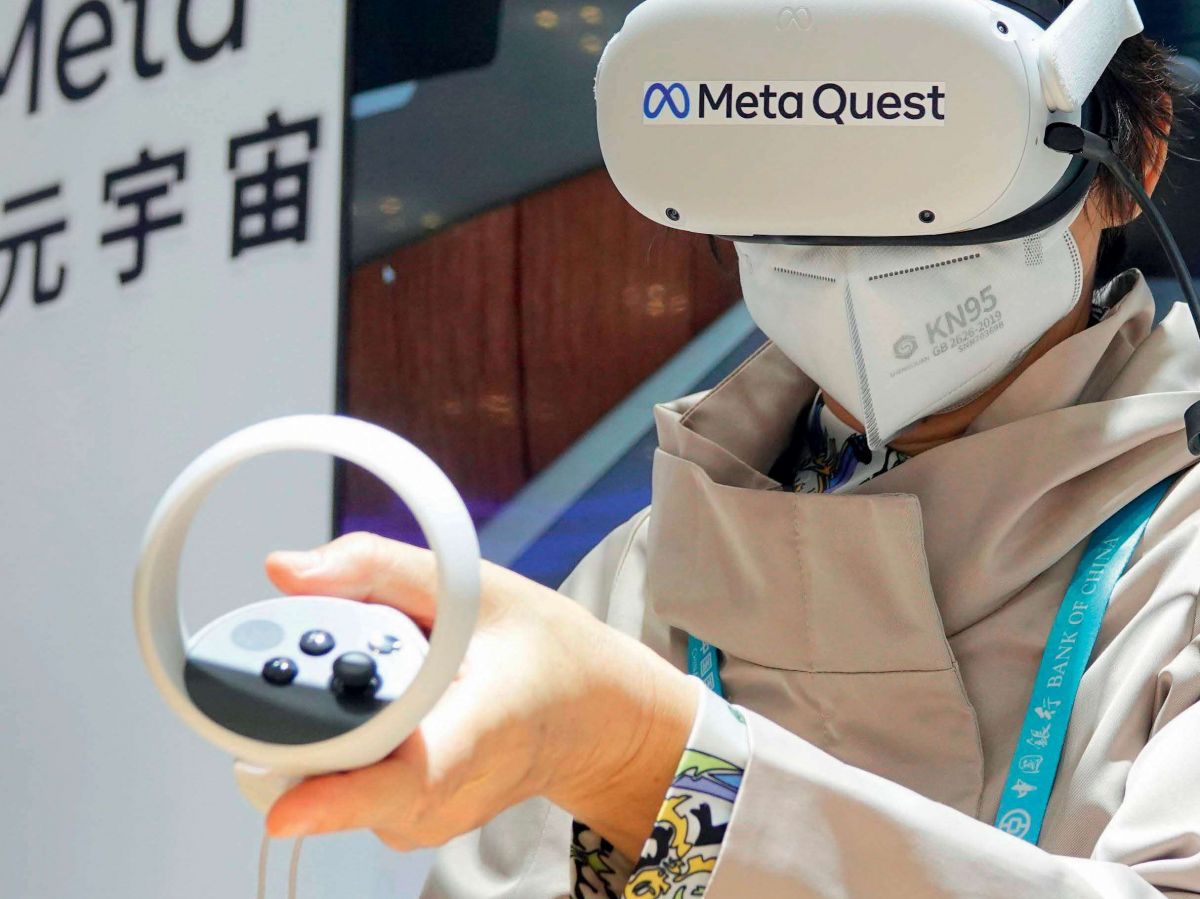 After the personal computer, the Internet and the smartphone boom, the consumer computing industry has been keeping us waiting for its next big thing for quite some time. The coming year will see the major technology companies multiply their efforts around two possible breakthroughs that are generating great enthusiasm. The first will be virtual reality (VR) or augmented reality (AR) headsets; the second is the metaverse, which is based on the idea that the current Internet, essentially one-dimensional since it is based on two-dimensional text, images and videos, is ripe to be replaced by a three-dimensional and immersive Internet, experienced as a kind worldwide video games.

Let’s start with helmets, which represent a small but growing market. According to IDC, 11 million headsets were sold in 2021, two-thirds of them by Meta, the parent company of Facebook and Instagram. The company should release a series of new products in the coming months. She launched the Meta Quest Pro on October 11. At $1,499, it’s far more expensive than any of the company’s existing offerings, but cheaper headsets are expected to appear in 2023.

The Meta Quest Pro can generate VR and AR interchangeably. While VR works like a digital blindfold, immersing its users in a computer-generated world, AR involves adding useful information to the user’s real-world view – something much more difficult. to achieve, which may explain the high price of the device. Meta will also have to face the start of competition. In 2023, Apple, the world’s largest smartphone maker, is expected to release its first VR/AR headset, priced around $3,000. Sony, whose Playstation VR headset released in 2016 and designed for video games has sold 5 million copies, will also offer a new model.

Meta’s ambition isn’t just to produce VR hardware, but also to create the kind of virtual worlds it hopes VR users will want to step into. The company’s new name reflects its focus on the idea of ​​”metaverse”, a change in direction announced in 2021 by its boss, Mark Zuckerberg. It has already spent $10 billion on the idea in 2021 alone and released images of gamers, or their computer-generated avatars, working and playing in welcoming 3D environments reminiscent of cartoons and also including many boxing rings than virtual meeting rooms. Analysts are skeptical, and Meta’s stock price has fallen.

Other firms are developing similar projects. Tech giants like Microsoft or Nvidia have loudly announced their own ambitions in the metaverse. From advertising to banking, several industries are joining the movement. The most advanced in this direction is that of video games, which have been selling virtual worlds for several decades. Epic Games has already integrated live concerts and movie merchandise into Fortnite, its popular online shooter. Some have attracted tens of thousands of virtual fans. Unity, which, like Epic, produces a video game “engine” that developers use to run their games, has experimented with its own concerts, and is launching into 3D broadcasting of sporting events.

For now, there is a spirit of cooperation. Microsoft announced in October 2022 that it would make its Windows operating system as well as its product-oriented apps and games designed for its Xbox game consoles available in Meta virtual worlds. And virtually every major Silicon Valley company has joined the Metaverse Standards Forum (MSF), which requires them to adhere to open, interoperable standards, so that an avatar designed for use in a company’s virtual world can evolve without problems in another’s virtual world – Apple is a notable exception, since it has always made it a priority to keep its users within its own fenced garden, rather than working on the compatibility of its products with those of others companies.

2023, an important year for the Metaverse

Almost every big name in Silicon Valley has joined the Metaverse Standard Forum which requires them to adhere to compatible standards.
Apple is an exception.

In 2023, the progress or lack of progress of the MSF, will be one of the markers indicating whether the metaverse is a viable concept. It remains to be seen if the collaborative spirit that currently prevails within the MSF will survive in the event that the services based on the meta-verse start to bring in a lot of money…

No one is entirely certain that VR, AR or the metaverse truly represents the future of computing. Skeptics point out that these ideas are not new. The first VR headsets date back to the 1990s. Smartphones already have AR apps, such as automatic translation programs, which are displayed on screen rather than on a headset.

But technology does not advance in sudden revolutions. Apple didn’t invent the smartphone out of thin air. He perfected an idea his competitors had been working on for years, such as Blackberry phones or Palm handhelds. This is no guarantee that companies that capitalize on these trending technologies will succeed. But that explains why they try.

by Tim Cross, Technology and society editor, The Economist

The advent of the virtual – Challenges