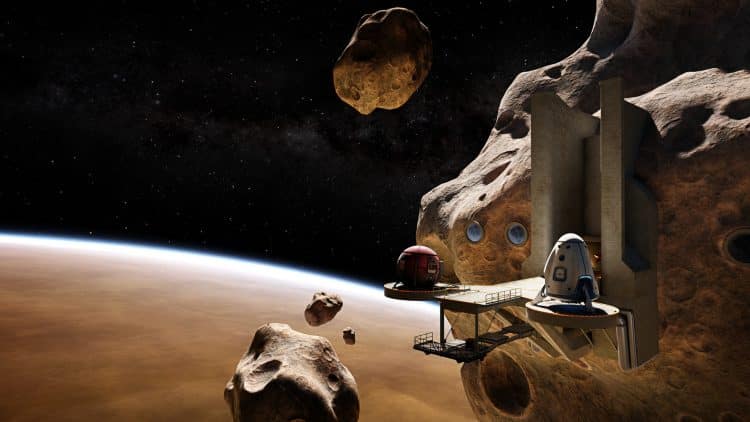 Arrived on Meta Quest 2 a few months ago, Red Matter 2 is a science fiction VR game that currently has quite a few followers. This is obviously the sequel to RedMatter. Find out in detail through our test.

Available on helmets SteamVR and Meta Quest 2, Red Matter 2 was released more than four years after the launch of the original title. Fans of the virtual reality game therefore had to wait a long time before being able to play its sequel. Nevertheless, the wait was worth it, to say the least. You are undoubtedly wondering what is so special about the famous game. Take the time to read our full headline test to find out.

Red Matter 2 is a direct sequel of RedMatter. If you haven’t played the latter yet, then you may find it difficult to fully understand the story. It is true that the new title tries to recall what happened in the original game. However, if you want to fully enjoy the VR experience, you are recommended to start with this one.

In summary, you are brought to travel aboard an almost lifeless space station. You must follow a determined comrade to face villains who use the dangerous and mysterious ” red matter as a weapon. On your way, you will come across some unique brutalist style architecture.

You will also be entitled to beautiful visual details, and will be able to interact with many objects in the game world. To progress, you will also have to solve all kinds of puzzles. Just like in the first opus of the title, you play as Sasha Riss. In the new game, the Volgravian Agent’s journey then begins right after its predecessor ends.

Red Matter 2 being a direct sequel to Red Matter, both VR titles have gameplay quite similar. However, when you play the new game, you will notice that its gameplay has been redesigned, especially to make the progression and the flow of the story less monotonous.

It has therefore become much more dynamic. The title is particularly rich in immersive interactions. Just like its predecessor, it also boasts good technical and artistic characteristics, making it one of the best games in its category on Quest 2. It is, however, equally impressive on headsets. PCVR.

The puzzles in the game are also quite varied. Some of them are more creative and more interesting. On your way, you may, among other things, be led to understand the functioning of specific machines, to use objects in your environment to keep doors open, and much more.

To advance in Red Matter 2, you will need all kinds of tools. The most useful of these is undoubtedly the to scan. You will use it to analyze almost all the objects present in your environment. This will allow you to find clues, but above all also to translate the various exclusively Russian texts of the title.

Apart from the scanner, you will also get a energy gun during the game. This is the only weapon you can use throughout the adventure. It will help you defeat security drones and humanoid robots. The catch is that the fights are apparently more of a chore than a pleasure. This is because the enemies are extremely difficult to take down.

They are quite good at dodging your attacks while to knock them down you will have to hit their weak points. And the worst part is that the gun’s accuracy and bullet velocity don’t seem to be up to the task. For players who do not have a lot of patience, it is thus obvious that they choose the easy difficulty. In addition to the scanner and the gun, there is also a jetpack, essential at certain levels of the game. The problem with this accessory is that it moves slowly.

Despite the few negative points in terms of its gameplay, Red Matter 2 still offers rather impressive graphics. It’s not the visual details that are lacking in the game. Even if you play it on the Quest 2 standalone VR headset, you can enjoy a exceptional realism. On PC VR headsets, it’s obviously even better.

In terms of immersion, it must also be said that the VR title of Vertical Robot is part of the games the most immersive available on the Quest 2. It has nothing to envy to the hit titles enjoyed by PC VR gamers, such as Half Life: Alyx and Lone Echo. Of course, it gets this advantage from its rich interactions, but above all also from the fact that in the game, you are holding a multifunction tool that looks a lot like your controllers.

This tool therefore allows you to grab objects, scan, hack and light your way with the help of a flashlight. He is much more immersive only virtual hands to interact with the various objects in the game. In terms of playing comfort, the VR title is generally comfortable. However, when playing it continuously for a long time, you may feel some discomfort.

Red Matter 2 is a must-watch title for Red Matter fans. It directly continues the story of the latter while providing various improvements rather interesting. Its more dynamic gameplay, breathtaking graphics and exceptional level of immersion are sure to impress gamers.

Vertical Robot’s sci-fi VR game, however, has no not only strengths. It would have been better if the fights were less difficult, even if we opt for a high difficulty level. Other weapons would also be welcome in the title. Either way, the game is definitely worth a look.

Graphics : Excellent level of realism, even on the Quest 2 standalone VR headset.

[TEST] Red Matter 2: all the beauty of science fiction in VR