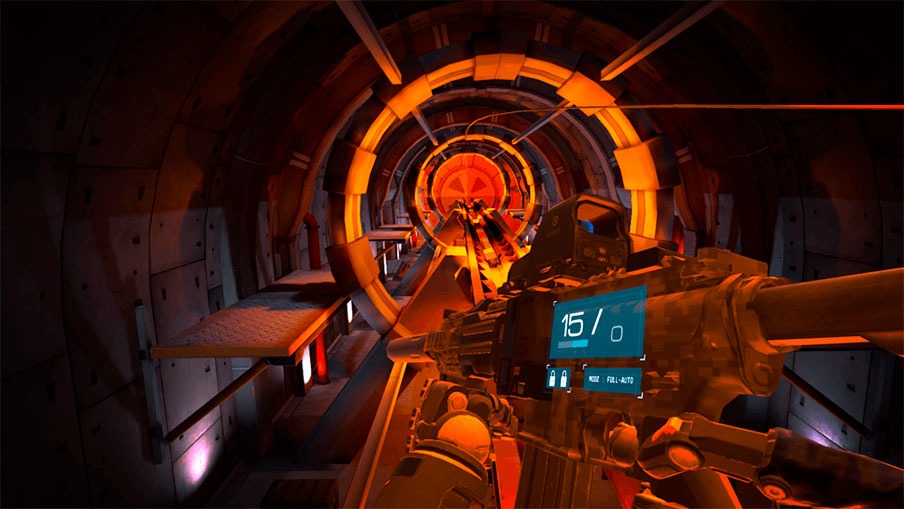 After a first episode called Espire 1: VR Operative released in 2019, the developers of Digital Lode are back with a new installment of their stealth game. Espire 2 has been available since November 17 exclusively on Meta Quest 2 and we were eager to be able to test it to find out if the studio had been able to capitalize on its first opus to get closer to what could be the benchmark of the genre, a Metal Gear Solid in VR.

The scenario of this Espire 2 resumes following the events of the first opus and must neutralize the plans of the terrorist organization OPHIS. If you haven’t played the first game, don’t panic since the important elements are recalled and the two games can very well be played separately. In any case, you resume the role of POE, an operator who can remotely control Espire spy droids.

The first 40 minutes of the game:

This is also the opportunity to reveal one of the main new features of this Espire 2 which will offer you to take control of two “Frames” with different capacities in turn. Sinder is the same droid as in the first opus, a human-sized robot, versatile and equipped with tranquilizer darts, cameras and can also take in hand machine guns to do housework. The new kid is called Sooty, much more effective at going unnoticed and sneaking into small spaces. It is equipped with devices to create sound diversions. This novelty is rather welcome since it allows you to understand the game with different approaches. The design of the levels has also been thought out in this direction and offers areas accessible only to one or the other of the droids. Enough to double the lifespan by trying to outsmart the enemies with one then the other. Allow 5 to 6 hours to complete the main story. A rating system will conclude each of your missions and where it will be quite difficult to reach 5 stars. The time, the number of enemies killed or alerts will be taken into account. You will thus earn money allowing you to equip yourself with the weapons of your choice among those you have unlocked, for the next mission. So again, you will have choices and freedom to start over with different options.

The game also offers a different playable campaign of 4 missions playable in cooperation but it will be necessary to find a friend upstream since no matchmaking tool is offered in the game, too bad. Ammunition and weapons are shared here and some actions will require synchronization.

The developers have taken up the good gameplay ideas of the first opus with many very interesting gadgets to use. The Espire Vision that is triggered when you raise your right hand to your temple allows you to see through walls, mark enemies or predict their movements. The game also includes a voice command system to distract or threaten an enemy. For example, if you simply say “Put your hands up” when arriving behind a guard, this one will then put his hands in the air. The lack of being able to jump is however quite frustrating. Controlling an over-equipped droid and not being able to pass over a poor barrier is quite a shame.

The studio also claimed to have completely redesigned the Artificial Intelligence system of the enemies but which remains perfectible for this counterpart. Some unpredictable reactions of enemies raise questions and it is sometimes difficult to predict if passing through a place, you will be detected or not. Even if the interest of the game is not to use weapons excessively, those that are available to us still lack realism with few sound effects and the absence of blood or impact on your enemies doesn’t necessarily help either.