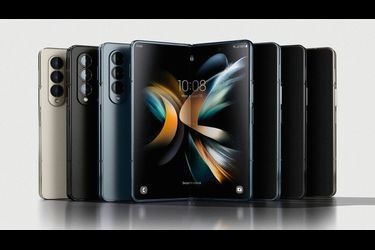 They already exist but will no doubt reach maturity next year. No upheaval to come but a shift in a daily life ever more addicted to techno. And Christmas gift ideas that won’t go out of fashion.

Its “explosion” with the general public has been announced for a decade but 2023 could finally be the year of take-off. Partly thanks to Mark Zuckerberg investing billions in his metaverse. And who will pass by. Hence the improvement efforts made to his helmet, the Meta Quest 2.

Lighter, with no “sickness” effects and one of the cheapest on the market (449 euros). A stone’s throw from euros, the Pico 4, Chinese (429 euros), a little tiring to wear on the length and a library of animations less exciting than those of the competition.

More expensive, more massive too, the HTC Vive Pro 2 (799 euros) is the pinnacle in terms of image quality. And the feeling of immersion is sometimes disturbing. Finally, it’s a sea serpent but it should also arrive next year: the VR headset from Apple. We don’t know anything about him but we have one certainty: the firm wouldn’t enter this market if it didn’t believe in it…

At Samsung, one of the first to have believed in it, we see a bright future for these “different” smartphones. The proof, they decline it in two types. The more feminine Flip4 (999 euros) (and it looks like the old Motorola Razr from the 2000s), which comes in several fun colors and fits in a handbag. Or in a back pocket. And its giant counterpart, the Fold4 (1,649 euros), a sort of mini-mini-tablet. Unfolded, it is of incomparable comfort for reading a magazine, or even working.

The Oppo brand is a direct competitor in both segments, Flip and Fold, with new models to come. And the first versions were already very successful. As with VR (virtual reality) headsets, another behemoth is entering this sector: Google, whose large-screen smartphone is also expected in 2023.

The TV screen
The screen that is now used for everything (and for watching TV too) has become a decorative object in its own right, once hung on the wall. So much so that Samsung has named one of its models “The Frame” (1,099 euros). The framework. The brand has forged partnerships with “Life Magazine”, YellowKorner and even the Louvre (1,600 works already in its art store), in order to animate this screen with emblematic or, simply, aesthetic images. Really surrounded by a frame (several styles are available), the screen turns into a painting or a photo panel. A design appreciated by the public since it has already sold nearly 2 million since 2017

And also: the all-in-one male device

A razor, a trimmer, a toothbrush… why not bring it all together in a single device. This is the idea that the Japanese Panasonic had with its aptly named “Multishape” (119 euros). On the electrical main unit (connected to a socket or with batteries), you choose the head to be adapted according to your needs. You can even entrust it to your girlfriend, since it has a shoe for shaving your body. Less boring than having to lend your beloved razor…