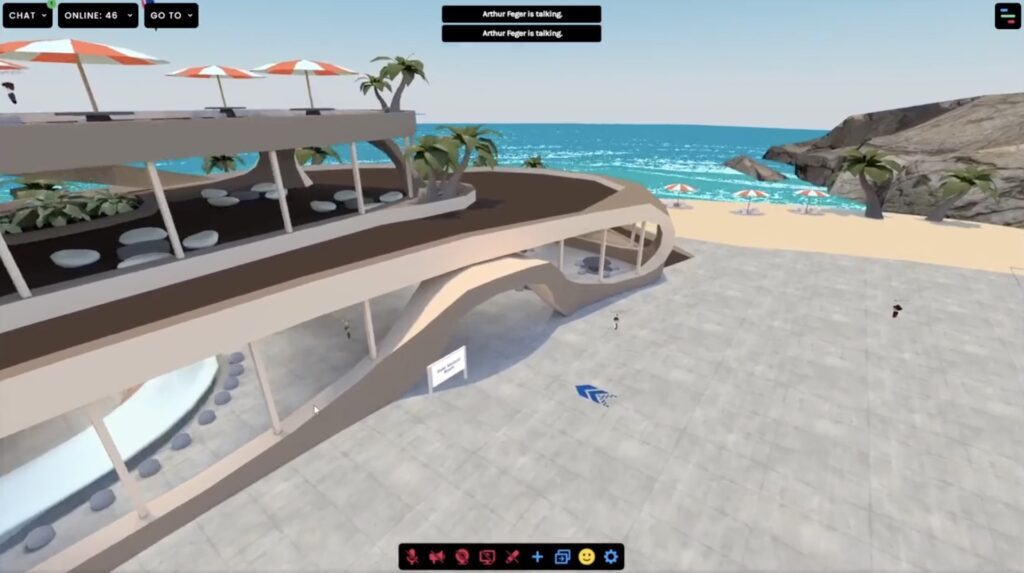 A tweet published by Alexandre Bompard, the CEO of Carrefour, is the subject of much criticism. He presents “the first job interviews in the metaverse”, which amuses or provokes the annoyance of many people. But the Carrefour video, which is clearly a publicity stunt, is far from representing the future: it’s not really about virtual reality. And the brand voluntarily plays with the vagueness.

Wednesday, May 18, Alexandre Bompard, the boss of Carrefour, had the idea post a 52 second video presenting “a job interview in the metaverse”accompanied by the message “Carrefour innovates, learns, surprises! “. Unsurprisingly, it only took a few minutes for the Twittersphere to get carried away, denouncing the horror of the graphics, the uselessness of such a device and the ridiculousness of such an experience.

Alexandre Bompard did not respond to the buzz, but his video has already been viewed over 1 million times. In other words, we can say that the publicity stunt is successful.

Within the editorial staff of Numerama, we wondered how to deal with the subject. Should we go into the trend and make fun of Carrefour? Try to understand his approach and welcome innovation? By making a few phone calls, we especially understood that what had been denounced for several hours… wasn’t really what everyone thought.

This is not virtual reality

In the video published by Alexandre Bombard, we are shown a conference by the sea with an armless speaker behind a desk and around fifty candidates in front of him. None move. The graphics are indeed of very poor quality and do not give the impression that there are any real advantages over Zoom or Google Meet.

What is it really about? First, the Carrefour “metaverse” experience did not take place in virtual reality. It was the French company VR-Académie which proposed this device to Carrefour (it had already organized an Orange press conference, in which we participated). VR-Académie tells us that the Frame site has been chosen. This is a service that only works from a browser (although it can be operated in a VR headset via the site). VR-Académie created a virtual room for Carrefour and explained to the 50 participants how to connect to it, from their browser. This is what explains their immobility. For most of them, it was just a video interview.

Can we then speak of metaverses? The answer is yes. Contrary to what some may think, the metaverse is not necessarily in virtual reality. Even if this form has nothing to do with the one sold by Facebook, which promises an open world like Ready Player One, it has the merit of existing. The graphics are bad, since any browser should be able to make them work.

Of course, we can now wonder what is the interest for Carrefour to test this technology. Some hail its willingness to test new things, and it would be hard for us to fault it. However, showing a little critical thinking is not superfluous.

It is above all a question for Carrefour of having a means of making people talk about it, as our article testifies elsewhere. The firm wishes to associate its name with the term “metaverse” and, indirectly, make people believe in the existence of interviews in virtual reality. We remind you once again: this is not the case. For the candidates, it was an interview… almost normal.

In January 2022, Carrefour announced buy a plot in the sandbox metaverse which, for once, imagines itself a little more becoming the virtual world of the future. With his tweet, Alexandre Bompard probably intentionally wanted to suggest that it was the famous plot. It is actually a simple Frame room, orchestrated by Académie-VR.

In conclusion, Carrefour is playing a hybrid version between the sims and Animal Crossingwhile pretending that it is already in Ready Player One. Not really enough to whip a cat.