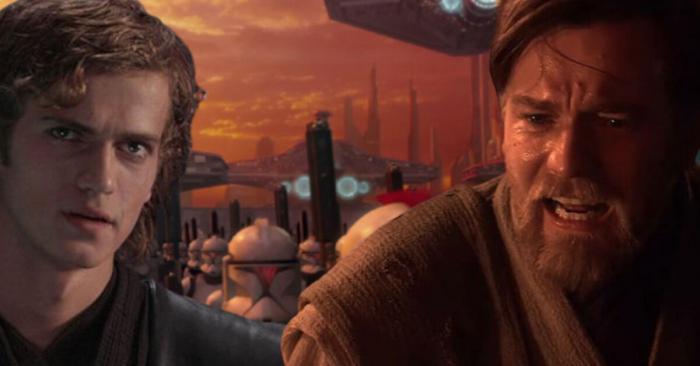 Star Wars : Attack of the Clones came out 20 years ago. And if by viewing it two decades later, the film seems to have aged badly concerning the visual effects, the dialogues and the acting remain as for them, always so bad. Ewan McGregor recently spoke about this and revealed an interesting anecdote.

A film that has aged badly, 20 years later

both loved and unloved, Star Wars Episode II: Attack of the Clones unveiled at its release to the general public the rise of Anakin Skywalker in Jedi, in the guise of Hayden Christensen (and his poor acting). The film which tells both the romance between the young Jedi and Padme Amidala, embodied by Nathalie Portman, (and unfortunately too little about his gradual shift towards the dark side of the force), and the rise of the Clone army for the pay of the Republic. A film that has aged well, 20 years later.

Blame it on indigestible green backgrounds, aging digital doubles or effects from another age. A shame when you know that the film was nominated for best visual effects at the Oscars. At the time, the feature film had not received the best of receptions anyway, 3 years after what is considered the worst episode of the saga. Critics, as public, reviews targeted the same flaws, namely overly disjointed narration, questionable acting, and futile dialogue.

The latter, which some consider to be of poor quality, however, had to be re-registered. In an interview for SlashFilm, Ewan McGregor who plays Obi-Wan Kenobi, said that the new digital cameras used to film Attack of the Clones created a strange buzz that drowned out the voices of the characters. Therefore, none of the dialogues were valid. Thereby, the actors had to pose their voices a second time, in the studio, so that they could then be reworked under ADR (for Automated Dialogue Replacement), a panel that allows for post-synchronization and dubbing operations. To do this, the original tracks are played, in order to serve as a reference point for the actor doing the dubbing, and allow him to repeat and re-record the dialogue.

They were state of the art for the time. They had huge cables coming out the back of the cameras, and you couldn’t change lenses. Sure, they could change the lenses, but that would take half an hour. So everything was filmed with a zoom. The cables led to this big tent placed at the corner of the stage which was literally buzzing. It was so loud.

And in the end, in post-production, they realized that the noise emitted exactly matched the frequency of the human voice. So we had to adapt every line of dialogue from Episode 2. None of the original dialogue was retained because of that. None of the bugs had been fixed yet. So compared to what we’re doing now, it’s night and day.”

Could we justify the poverty of the dialogues of the film by these re-recordings? Recreating emotions, facial expressions, and more generally, immersing yourself in a specific situation in the cabin can seem tricky. Still, today, ADR is common practice in filmmaking, especially in major blockbusters. Often, due to location shooting or heavy special effects, the audio captured on set is outdated, so it’s common for actors to go to a dedicated space to record their voices.

However, the fact that an entire film like Attack of the Cloneswhose dialogues must be completely re-recorded, represents an almost unprecedented case in the world of cinema.

Star Wars: Ewan McGregor reveals this terrible detail about Attack of the Clones