Sorare represents the new generation of fantasy football but in a more complex version. This comprehensive guide covers all the steps you need to take to get started on the platform.

Sorare is a fantasy football game available worldwide, played with digital cards NFT under license of your choice. These can be used collectively to participate in tournaments with the possibility of winning even more cards. Discover a little more about the project that is revolutionizing the world of Fantasy Football.

Sorare is part of a Fantasy Football game based on the blockchain. It allows you to earn bonuses by selecting the best teams. On Sorare, it is possible to manage your teams, qualify for tournaments, trade your NFT cards and build the perfect collection.

Sorare has attracted a lot of interest recently, as the product attracts many different players. Some players just want to collect the cards while others actively trade the markets and earn money every day.

Most users are attracted by the tournaments offered. Indeed, it gives them the opportunity to win cash prizes, while gaining other rare players. In fact, Sorare’s premise is to build an epic collection of top players, which helps earn thousands of dollars every week.

Thanks to NFT, each card can be authenticated, thus securing the entire system.

How to play Sorare?

This guide wouldn’t really be one without explaining how to play this game. In fact, here are the steps you need to follow to get started.

Get the free cards

First, we have to start by registering using their Google or Facebook account or by e-mail. Once this step is completed, the integration begins. In fact, you have to choose your username and your club name. Once the registration process is complete, the 12 free community cards are immediately available. They are a great way to get familiar with how tournaments work.

How to build a team in Sorare

To build a competitive team, you need invest in successful players. To achieve this, it is necessary buy ethereum and deposit it in his Sorare personal account.

In fact, users use this cryptocurrency both to buy NFT player cards and to receive consideration when they sell them.

The second method is to use a digital wallet such as Etoro. This is the most suitable method for users even those who are not used to using cryptocurrencies. In addition, since it is a secure platform, one can make large deposits.

There are several ways to buy players on Sorare.

The new purchase section allows you to buy player cards directly on the platform. These cards were minted and listed directly by Sorare and therefore never belonged to another user. These players are auctioned off to the highest bidder, with starting prices set in Ethereum cryptocurrency.

The section devoted to transfers offers the possibility of buying players directly to other users of the game, in a sort of secondary market. This method of purchase can generate good business. However, it should be kept in mind that any purchase on the secondary market will not be counted towards the sign-up bonus. These players are listed for a fixed purchase price. Similarly, Sorare does not allow the auctioning of playing cards, only the setting of a predetermined price for an instant transaction.

The last way to buy players in the game is tobid directly on other players. To do this, simply click on a player and then click on the “make offer” button.

Before buying new players, make sure they have plenty of matches to play in the weekly schedule. Some of them may be affordable because their respective leagues are about to end.

Participate in a tournament 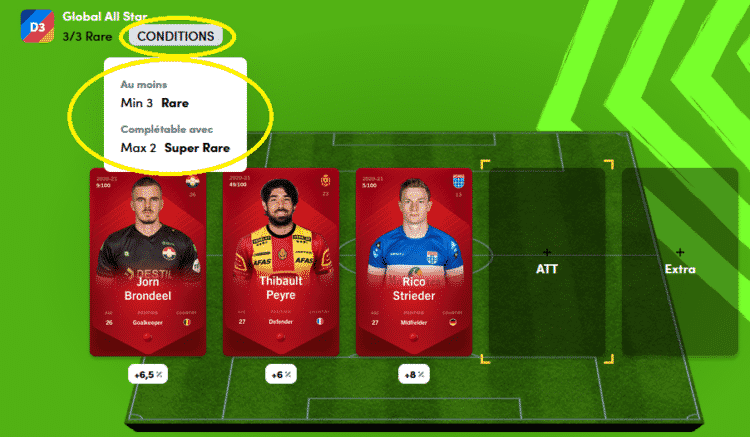 Among these 5 players, it is also necessary choose a captain. Moreover, the choice of the captain of the team in Sorare constitutes a very important, even decisive point. The latter allows you to collect an additional 20% on the percentage of weekly XP. Therefore, you have to think carefully about the person who you think can achieve a good score.

Once the above steps are completed, it is necessary to click on “Submit” to save the program.

However, before entering a tournament, it is important to understand which league the players are best suited for. Here are the leagues currently available:

The Rookie League is available for a limited time for new players. New managers can play for 8 game weeks with common cards and a maximum of two rare cards.

Players earn points depending on their performancegold league rounds. There are a number of factors that affect their score. These include minutes played, goals scored, assists, draws, and yellow and red cards.

In other words, the better the players perform in the real football matches, the more extra points they get for the benefit of the Sorare team.

The number of points a football card receives may change depending on the amount of XP that she has accumulated. Cards can have more or less XP points for a number of reasons. Including: the age of the card, the frequency with which they have been used and the minutes played per Game.

Before jumping into the market and deciding which cards to buy, you need to know how rare they are. One card may cost thousands of dollars more than another…even if it looks exactly the same.

However, it should be noted that all player cards on the platform are non-fungible tokens. Since their number is limited, demand may exceed supply, causing prices to rise further.

Each season there will be onlya maximum of 111 hit cards for each player. It may seem like a lot, but we must not forget that 45,000 teams are planned for the beginner tournaments. There are also 20,000 practice teams and nearly 10,000 Global All-Star entries for a single weekend.

The 111 cards are distributed as follows:

Each card has a numbered version and also comes with specific bonuses. It is possible to sell them on the market to another player/collector. Generally, the rarer the card in question, the more expensive it is.

Sell ​​a player on Sorare

Sometimes the user wants to make a profit on his card or decides to part with a player from his collection. No need to tell anyone the reason for the sale and just put the player up for sale.

To do this, you must go to the gallery and select the player in question.

You must then select the option “Sell my card”, which will then open the pop-up window to decide the price at which to sell the card. The selling price is not limited, just choose the amount of the sale.

To sell a card, you must set a realistic price. Fact, there is no guarantee that it will be of interest to buyers. When it goes on sale, it stays on the market for 48 hours before it expires.

Is it possible to earn money with Sorare? 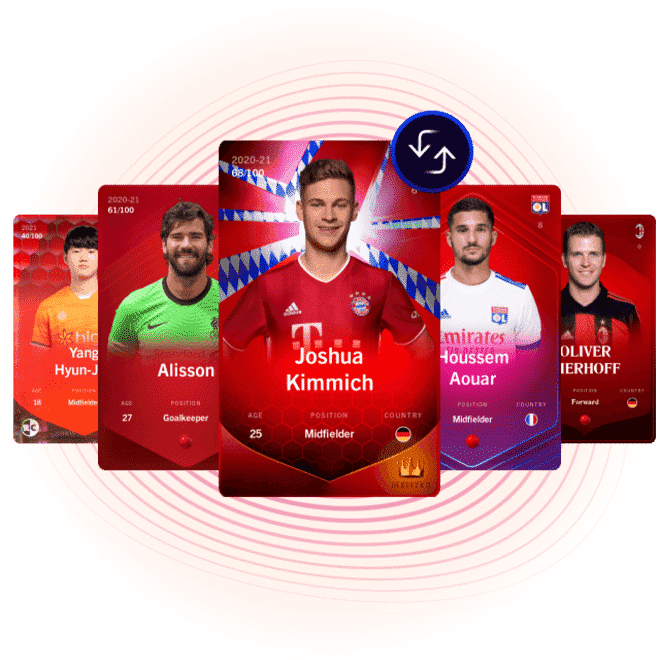 Now that the basics of the game are known, how to earn cryptocurrencies while playing Sorare? In fact, the ultimate goal of users is to win as many prizes as possible to build and grow your map gallery on Sorare.

Sorare: complete guide to the NFT fantasy football game that is driving the web crazy