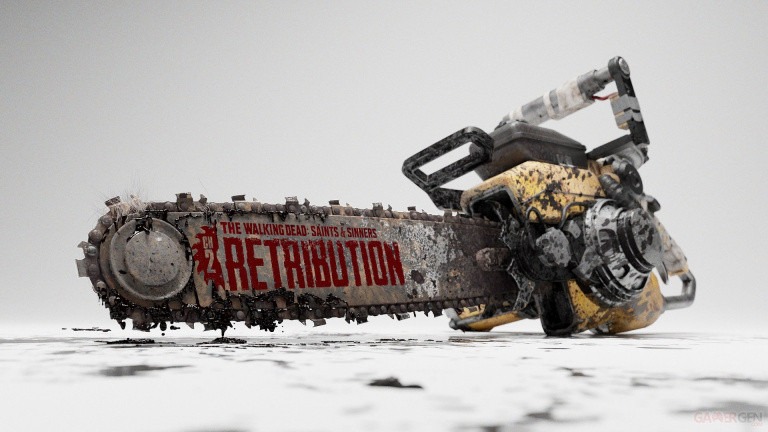 Game News PSVR 2: The Walking Dead Saints and Sinners is a real favorite on PS5!

The PSVR 2 continues to reveal itself little by little! Virtual reality headset taking over from the first released in 2016, this little technological gem was approached by our teams a few days ago, and we reveal our impressions. Today, we invite you to discover The Walking Dead: Saints and Sinners Chapter 2, a real favorite.

The Walking Dead Saints and Sinners Chapter 2, a sequel that corrects its flaws

The Walking Dead Saints and Sinners Chapter 2 is a game developed and published by Skydance Interactive and Skybound set in the universe of the hit saga The Walking Dead. It follows a first episode released on computer and playstation4 in January 2020 which offered a very special VR experience. If the fights were already enjoyable and visceral at the time and they made good use of virtual reality technology, the title still offered a somewhat redundant narration and the player had to face many faults, such as a little infiltration engaging, a few bugs and a badly dosed difficulty.

This Chapter 2 therefore tries to correct all these faults while keeping what already made it a good experience at the time, and the least we can say is that we were delighted. If the graphics are still not at the top, the gameplay is particularly successful.

The PSVR 2, an essential future of VR?

As we already told you about last weekthe PS VR 2 has everything to play in the big leagues. Particularly awaited by virtual reality fans who have had the chance to test it, this sony presents itself as the future of VR and should reach us very soon.

Designed as a redesigned and improved version of its predecessor released in 2016, it brings particularly convincing new features. The headset is beautiful, light and its design is similar to that of the PlayStation 5, with the leitmotiv of being both “easy to access and efficient”. Its installation is greatly simplified thanks to a single cable, which allows it to be installed in just a few minutes and even to pass it from head to head without complicating life. Its controllers are also much more ergonomic, and allow a much greater immersion than those of the previous helmet.

If we cannot guarantee a selling price for the moment, it is a safe bet that it should be between 450€ and 550€. In addition to better ergonomics and a much more attractive design, the PSVR 2 also promises vibrations at the level of the helmet and an impressive Eye-tracking technology.

Of the three games we’ve tested so far, The Walking Dead Saints and Sinners Chapter 2 was probably our favorite. In terms of body awareness, it sets the bar very high and sets the perfect example of what should be done for a high quality VR experience. Whether in terms of force feedback, the heaviness of the animations or a thousand other details that make the difference, the game comes as close as possible to reality.

It must be said that the gameplay of this Walking Dead is a real nugget. Each movement must be reproduced by the player using his joysticks, from the application of bandages to heal himself to the use of weapons, particularly neat. Indeed, each of them has its own operation in terms of recoil, heaviness, but also reloading. Weapons handle like real life, allowing the player to experience the action like never before. The result is a particularly marked muscle memory effect, which will make the difference between experienced players and others.

PSVR 2: The Walking Dead Saints and Sinners is a real favorite on PS5!