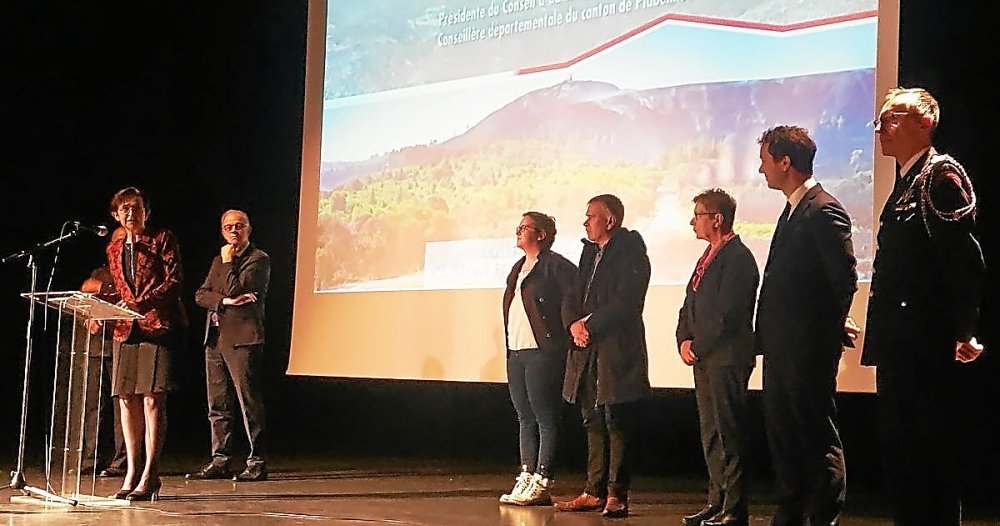 
“After two years under the bell, these wishes in front of you, it is a first that we wanted to establish”, specified Marguerite Lamour, president of Sdis 29 since July 2021, to the 120 volunteer and professional firefighters of all ages, gendarmes and elected officials. present for this ceremony.

“Fifty days of combat” in the Arrée mountains

L’fire that broke out in the Arrée mountains, Monday, July 18, 2022, at 2:47 p.m. (time when the alert fell), was still on everyone’s lips. “Fifty days of combat at a time of high operational demand: 2,200 firefighters from Finistère and 300 from outside the department from 16 requisitioned Sdis… We are deeply grateful to all those who have reinforced and supported our action”, the president recalling also the 4 million euros granted by the county council, in October, to face the unforeseen expenses generated by the disaster. “Our hearts suffered during these fires but the tremendous outpouring of solidarity must be highlighted”, added the prefect Philippe Mahé.

Interventions on the rise

The increase in interventions by the various centers highlighted during the Sainte-Barbe events is materializing at departmental level: more than 55,000 interventions (+15%, the precise figures being presented during the vote on the budget scheduled for February 2) including 460 fire starts vegetation, between June and September.

The 2023 roadmap, the president unveils it over the wishes: a Departmental Risk Analysis and Coverage Plan (SDRAC), “defining the strategic and operational orientations of Sdis for the next five years”, presented in October and validated shortly by the prefect; the departmental training center, a “true center of excellence”, which should open its doors in the summer of 2024; emergency center projects to be planned in Crozon, Plozévet, Châteauneuf and Brest after the inauguration of the barracks at Cap-Sizun (Audierne and Pont-Croix) and Inizan (Loctudy and Plobannalec-Lesconil) at the end of the year; increased loyalty of volunteer firefighters through agreements with employers (280 have given their consent, involving 576 volunteer firefighters out of 2,281)…

“The preparation and vote of the budget will take place in an extremely constrained financial context. Despite everything, let’s move forward and have new challenges to ensure the safety of our fellow citizens: be proud to wear this uniform”, indicated the president, who saluted “the commitment of the young shoots in uniform present in the room like the work of the trainers, which circulates our values”: the handshake and the few words of the president of the departmental council Maël de Calan, just before the ceremony, must have confirmed them in their choice.