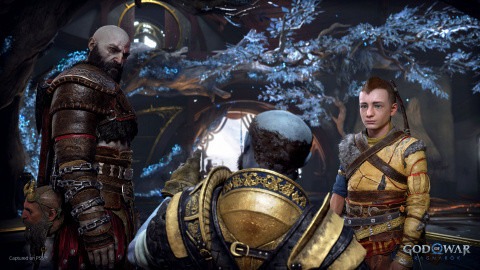 Surprise ! If the non-E3 and gamescom have closed their doors, there are still big conferences to follow this year! See you tomorrow to follow a new State of Play.

The period of Summer Game Fest and gamescom being now already far away, we imagined that the major video game meetings were over for this year. It was of course without counting Sony and PlayStation who were preparing a major show for us on the sidelines. Indeed, a State of Play will be held this Tuesday, September 13 at 11:59 p.m. French time.

Corridor rumors about an event had already been circulating for some time. Namely that traditionally, Sony rather gives us an appointment in September for its PlayStation Showcase. The 2021 edition was notably marked by the great return of God of War: Ragnarokthe revelation of Gran Turismo 7the reissue of Grand Theft Auto V or even the announcement of a remake of the cult Star Wars: Knights of the Old Republic. This time, it will obviously be a State of Play format. And inevitably, we still expect very heavy for this new conference.

God of War, Spider-Man… Who will be there?

If we know that the PlayStation VR2 planned for the beginning of 2023 will be shown during the show, it is difficult to know more about the games. Note that in recent days, there has been more and more information about God of War: Ragnarok. In particular, we had the right to the very first images of gameplay through GameInformer. We therefore expect to potentially see more of the new Kratos and Atreus epics whose release is fast approaching (November 9, 2022). But it seems that it is mainly Japan in the spotlight of the event:

For tomorrow’s show, we’ll have some great updates from our amazing Japanese partners, plus a few more surprises from developers around the world.

Difficult to guess the rest of the program, although a Marvel’s Spider-Man 2 is possible. Remember that the Insomniac Games game, like Marvel’s Wolverine, was officially announced during last year’s Showcase. Earlier this month, we were told that Marvel’s Spider-Man 2″would exceed expectations” from Marvel in-house according to the words of the insidious Millie Amand, an analyst who had already leaked information on the game. The game would even be stunning, with a “fluidity” and a “visual dynamism” shocking according to an employee of the comic house. Finally, since hope is allowed: why not expect a few surprises, such as the return of Sly Cooper or inFamous, which we have been talking about for quite some time now?