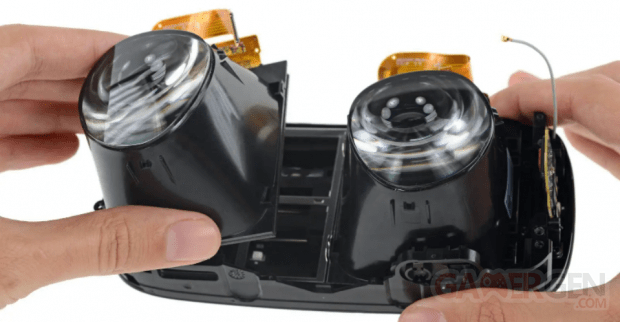 The main flaw of helmets VReven recent, remains their dimensions and their sizes. While we readily admit that we can use the headset without problems during long sessions, it is otherwise to keep it on all day. Who around you wants to telecommute for a whole week with the helmet screwed on? Exactly, nobody! NVIDIA has perhaps the beginning of an answer which will undoubtedly be able to appease this majority of recalcitrants.

If our helmets are still imposing, they are above all to contain the optical system. To obtain a relatively wide field of vision on technological standards such as the lenses of fresnel, a large space between the lens and the screen is necessary. So even the lightest models weigh more than 300 grams, not counting the weight of the battery, integrated circuits, etc. To give you an idea, a Meta Quest 2it is a little more than 500 grams.

To reduce this clutter, we can already rely on style lenses pancakes which allow the design of a helmet much lighter and de facto less bulky, in addition to tightening the space between the lenses and the screen. But despite the effective improvements of recent years, the result remains very far from the fantasy of helmet manufacturers. VR : that of offering a model that is as thin and light as a pair of glasses.

The engineers at NVIDIA have an optical system VR using “a pupil-replica waveguide, a spatial light modulator and a geometric phase lens”. After making us want to swallow a whole box of paracetamol, NVIDIA took the trouble to popularize the whole, indicating that this would make it possible to better appreciate and apprehend the depth of field, while eliminating the discomfort caused by poor eye accommodation. 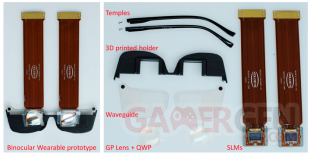 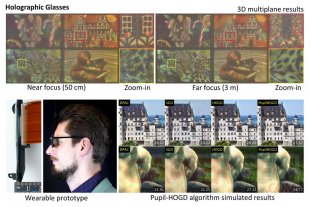 These glasses with a thickness of 2.5 mm are even finer than those shown by Facebook 2 years ago, which at the time featured monochrome and fixed-focus screens, unlike the competitor here which uses holography and polychromy. If it is undoubtedly a revolution, this technology has serious limitations, starting with a field of vision reduced to 23° (compared to 90° for the Quest 2), a far cry from glasses AR primitives today. Rest assured, the manufacturer of GPUs did not say its last word indicating thatit is possible, by superimposing lenses and modulating the light, to be able to reach a FOV (field of vision) approaching 120° without increasing the thickness of the helmet.

A helmet VR as light and comfortable as glasses would allow the general public to adopt the technology in a much more confident way than it is today, and in particular by the use of an accessory that is a priori harmless: glasses. nintendo showed in its time that it was necessary to put a remote control (Wiimote) in the hands of video game buffs for the magic to work, it now belongs to Metaor to other builders, to inherit it.

If you haven’t taken the plunge yet, you can treat yourself to a Meta Quest 2 at the house of Bakerthe Fnac, Darty Where Amazon for €349.99.

NVIDIA has developed the thinnest VR optical system to date!