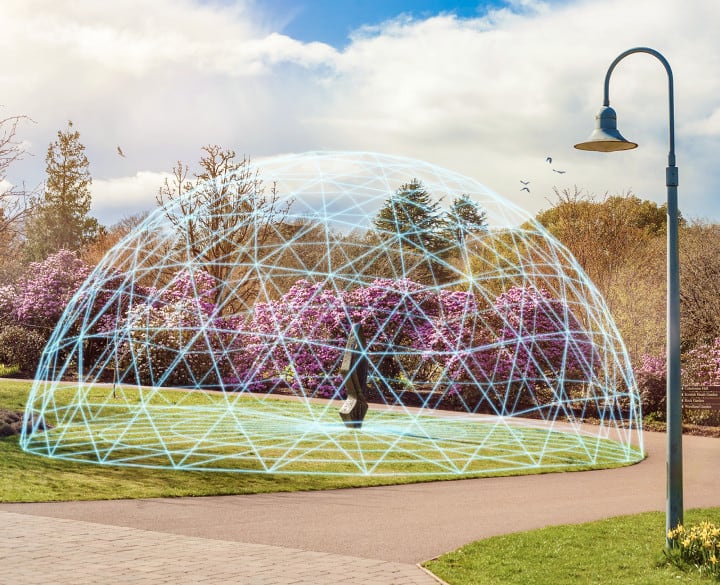 Today we come back to the various announcements around Augmented Reality from the Niantic Lightship Summit conference. The giant builds immersive augmented reality that adapts to the real world.

The brand concretizes its vision of “Real life Metaverse” by developing new technologies such as the “Visual Positioning System” (VPS), the creation of a social application called “Campfire”, the provision of tools to developers around the world and the entity’s latest investments Niantic ventures.

During the Niantic Lightship Summit, Niantic unveiled to the general public the arrival of an unprecedented technology called the “Visual Positioning System” or the Lightship VPS. With this new technology, developers will be able to determine the position and orientation of their users and assign content to Augmented reality centimeter accuracy. These two features known as localization and persistence are the keys to an immersive Augmented Reality that adapts to the real world. Developers today want to create real-world experiences with content attached to the live environment, and to achieve this goal, they must first know exactly where their users are. The Lightship VPS answers this fundamental question by determining not only where users are in the world, but also where they are heading at the precise moment they launch an experience and progress through it.

To achieve this precision in space, Niantic took up the challenge by creating a 3D map of the world, based on data from its millions of Pokémon GO and Ingress players, but also thanks to the work of the developers. This is just the beginning, Niantic invites all interested developers starting today to contribute to this map through Niantic’s Wayfarer app, available in public beta today. This application will allow developers to create experiences in the places that are important to them and will help the brand quickly determine the scale of creating a 3D map of the world. Currently, Lightship VPS is available in over 30,000 locations, including six key cities: San Francisco, Seattle, Los Angeles, New York, London, and Tokyo.

If you’ve read our articles about the company, Niantic is dedicated to creating new experiences and inspiring people to discover them. The brand wants to support developers in creating experiences, but also in finding an audience. In order to connect players of Niantic games with developers, a new social experience called Campfire has been implemented. It’s a social network that interacts with the real world through a map that allows you to add people, create events, communities and send messages. This app is like a homepage for the “Real Life Metaverse”, a place where players can meet other players in their industry, exchange messages, share content, organize their own events and meetings and build relationships. real social ties. These links that Niantic has always fought for. The Network is already available on Ingress and will soon land on all other Niantic games. This application will thus offer the gaming community a new tool to discover the joys of gaming experiences in the real world.

Niantic has acquired 8th Wall, the WebAR development platform that is one of the pioneers of web-integrated Augmented Reality (WebAR). This unique platform has helped equip developers, brands, and agencies with a comprehensive set of tools to create engaging and interactive Augmented Reality experiences easily accessible, running on mobile devices without going through an application. There are already thousands of developers taking advantage of 8th Wall’s WebAR technology, the announcement was made of new pricing as well as the integration of monetization and distribution features for the attention of independent developers.

In November 2021, Niantic introduced Niantic Ventures, a system to help, identify and fund the augmented reality leaders of tomorrow. With a $20 million fund, the company will invest in development-stage augmented reality companies alongside investment funds and business angels. Niantic wants to be a catalyst for the augmented reality ecosystem and invites founders and investors to join the movement, with the goal of creating a collective of companies that share the same vision: a metaverse of the real world.

Here are the first two investments:

Tripp, recognized globally for winning an award in the XR (extended reality) health sector. This company offers meaningful and mobile XR experiences, clinically validated, and designed for the health of body and mind. Tripp is also one of our first VPS partners and has created a meditative experience that allows people to make an Augmented Reality garden while using the app while meditating.

Pixelynx is a new game company created by famous musicians and technologists: Joel Zimmerman aka deadmau5, Richie Hawtin aka Plastikmain, and music industry visionaries: Ben Turner (Graphite, IMS, Internationl Music Entertainment / mau5trap) and Inder Phull. This company, based in London and Los Angeles, is building a musical metaverse that will transform the way artists connect and interact with their fans through gaming experiences.


Find here our social media profiles and other related pageshttps://yaroos.com/related-pages/