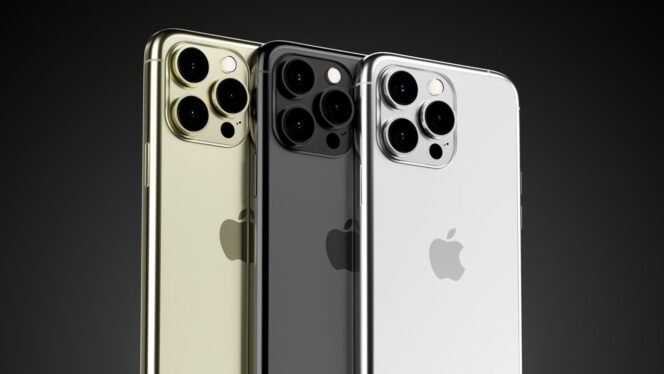 On the design side, the 4 models would benefit from the Dynamic Island, and the Pro range (potentially renamed Ultra) should adopt a new premium design: titanium frame, side buttons equipped with haptic feedback, curved edges…

Another major novelty, constrained by the evolution of the European legislation : the end of the Lightning port, and the appearance of a USB Type-C port on the iPhone 15.

Note: After many rumors of a production delay, the new iPhone SE model, the iPhone SE 4 has finally been canceled by Apple, according to researcher Ming-Chi Kuo.

After 7 years of development and rumors, we could finally see the release of Apple’s mixed reality headset, according to specialist Mark Gurman. This new product, currently at the heart of the brand’s attention, would offer technology combining augmented reality and virtual reality.

The headset would be named Reality Pro, and would work with an operating system called xrOS. The device would carry 10 cameras in total, and would offer a screen resolution never before achieved for a helmet accessible to the general public.

Reality Pro should be unveiled in the spring, before the WWDC23 (annual conference dedicated to developers), with a marketing in the fall. Regarding rates, the expert suggests a price between $2,000 and $3,000.

In 2023, there should be no major new features on the MacBook side. Apple would offer 2 new MacBook Pro models of 14 inches and 16 inches, with new chips: M2 Pro and M2 Max (equipped with a 12-core processor). On the other hand, the design should not evolve. Mark Gurman is planning a March 2023 release.

Apple would also offer a new Mac Pro, with the same design, but equipped with an M2 Ultra chip.

Another rumor: the arrival of a new size for MacBook Air, with a 15-inch model, which could be released in the spring of 2023.

For a few months now, a rumor has been circulating: Apple would like to offer a new range of AirPods, called AirPods Lite. The objective: to offer a cheaper product (i.e. less than 159 € according to Jeff Pu), in order to compete with competing brands.

2023 could also mark the return of Apple’s HomePod, a product withdrawn from sale in 2021 given its average sales performance. This year, the company would announce a 2nd generation HomePod, with an integrated smart display (source: Mark Gurman). Apple would offer a more attractive price, and cheaper than when the HomePod 1st generation was released ($349).

A busy year for Apple!