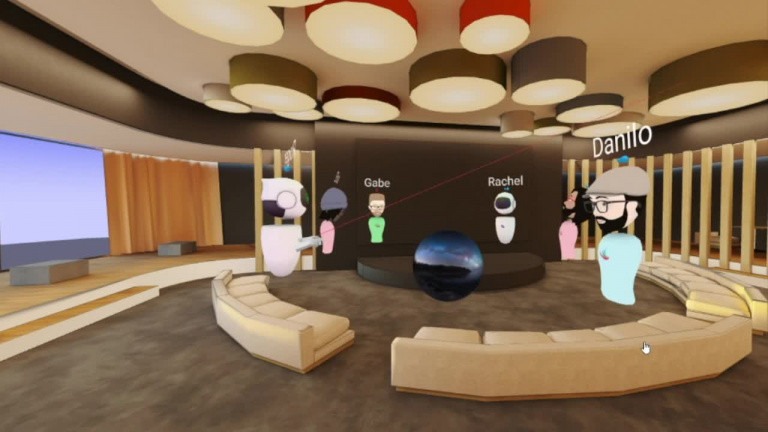 News hardware Metaverse: even Carrefour is doing it to pass job interviews

The news surprised us all. It is through a video posted on Twitter that the CEO of Carrefour, Alexandre Bompard, told us about his new way of conducting job interviews. But then, what do we find in this Carrefour virtual world?

Carrefour, the pioneers of a new type of management

In recent years, start-ups and companies of all kinds have been trying to get bogged down in managerial methods involving various technological tools.

We could see it with the arrival of the Covid, the democratization of telework has enabled millions of French people to discover the joys of telecommunication tools via the Internet.

Discord, Microsoft Teams, Zoom, all these software have been mobilized during this vague period of pandemic.

Now it’s the turn of the Metaverse to invite itself into our French managerial methods. Carrefour has set foot in this new territory, which surprises above all by its originality but which raises certain ethical questions.

Even if Carrefour has not yet stated any particular reason for its acquisition of virtual land, it is easy to imagine the company wishing to make the most of this purchase, which earned it the tidy sum of 120 etherums, or around €300,000.

It is on the Metaverse Frame VR, that Carrefour has ventured to participate in this technological leap. And for good reason, the company would like to recruit no less than 3,000 specialists in data analysts and data scientists. Such use of Frame VR has the real interest of attracting young generations fresh out of specialized school.

Originally left fallow since February 1, 2022, Carrefour recently decided to build large buildings on their virtual land. In total, the brand has acquired no less than 36 hectares.initially to conduct interviews, but there is no doubt who will try to use other facets of these technologies.

Placed as a flagship technology alongside cryptocurrency and NFTs, the Metaverse uses virtual reality to create digital spaces where many people can meet.

For example, there are many examples of virtual classrooms allowing teachers to accompany their students when schools were no longer available.

By using these technologies, the virtual world of tomorrow is being built little by little and suggests some misuse as can be seen with the addition of ads and a democratization of NFT speculation.

In itself, if we could imagine a better world, it is not to the taste of the big companies who would like above all to look for ways to make even more profitable all the available plots of land, even virtual ones.

With these recruitment assignments in the Metaverse, Carrefour intends to follow in the footsteps of American companies, such as Walmart which offered customers the opportunity to shop online directly using their VR headsets.

About NFTs in gaming

Metaverse: even Carrefour is doing it to pass job interviews