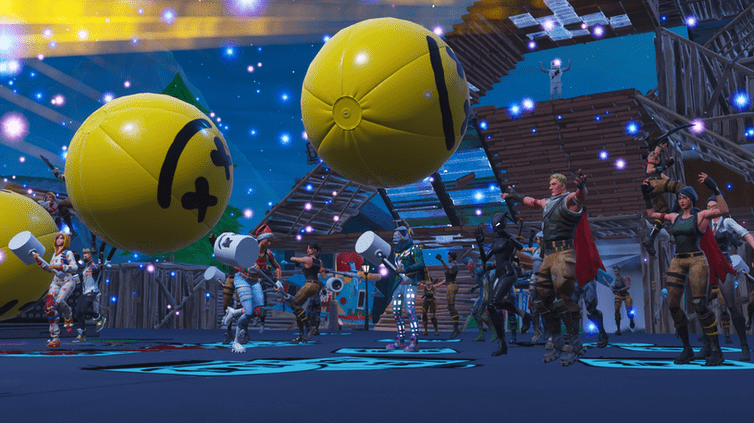 Several companies, including Apple and Microsoft, are betting that the world of tomorrow will be lived, in whole or in part, in the metaverse. Microsoft recently acquired video game giant Activision Blizzard for US$68.7 billion.

At a time when more and more social and cultural activities are taking place in this virtual universe, let’s push the reflection to the extreme: if the city dwellers of tomorrow recommend the metaverse to real infrastructures, what will look like, and even serve , the cities of the future?

As professors of urban environment and digital culture, respectively, we propose to reflect on this question, exploring how the metaverse could profoundly change our daily relationships with urban spaces.

This vision may seem dystopian, of course, but let’s have fun imagining this futuristic world.

From science fiction to reality

The term “metaverse” comes not from science and technology, but rather from science fiction. neal stephenson invented it in 1992in his novel “Snow Crash”, to designate a virtual and dystopian urban environment.

Stephenson presents the metaverse to us in the form of a very long boulevard generated by powerful computers. This is controlled by the Global Multimedia Protocol Group, which manages building permits and regulates zoning delineating the boundaries of businesses, parks and advertising spaces. These spaces, rented or bought by large corporations, make the metaverse a virtual urban environment entirely controlled by private interests: those of the digital technology giants.

Thirty years after the publication of Stephenson’s novel, science fiction issues point to new realities and new urban challenges. We are currently spending enormous sums to make our cities more equitable, sustainable, and viable; but what will be the use of these investments if the city dwellers of tomorrow only experience the city virtually?

Let’s start with the social activities. If we switch to the metaverse, several urban attraction points, such as the cinemasthe restaurants, and museums and historical monuments, will see a drop in the number of customers passing through their doors. Already, you can visit many museums virtually.

The increasing influx at the gates of the metaverse will require a significant increase in the funds required for the purchase of land and the maintenance of infrastructure. Built environments may be virtual, but their costs – both in terms of monetary only in terms energy and environmental, are very real and continue to grow. Are these funds likely to be taken from budgets previously dedicated to physical places and environments? Our governments, like those of Saudi Arabia or the South Koreawill they start investing in infrastructure and plots virtual cities?

In the years to come, other social activities such as having a coffee or a beer with friends may take place online. Not only will these virtual meetings make it possible to eliminate the distance constraint, and therefore reduce our interaction with urban transport infrastructures, but they will also make it possible to choose the location, anywhere on the “planet”, of met.

For example, a morning coffee with colleagues in the virtual garden of the Eiffel Tower could give way, in the evening, to festivities around a Super Bowl match in augmented reality. The latter will be visible up close and will be offered under changing angles in a jiffy. The Microsoft company already offers us this vision of the sports spectacle of the future with the augmented reality helmet “HoloLens”. This headset would not only give the feeling of sitting in the stadium, but also allow interaction with the screen using hand gestures.

Will the sociability of wanderings in shopping centers, already virtualized by online sales, be reincarnated in the metaverse? Many companies attempt to answer this question, such as Samsung and Nike, which have already launched commercial spaces in the metaverse. The trend towards the metaverse has also inspired new fashion collections such as that of Ralph Lauren, launched last December in the virtual world Robloxan immersive platform serving as both a showcase and a virtual space for video games.

A future in which so many of our social activities take place in the metaverse may seem hasty and even a bit of a stretch, but those transitions are already underway. Several events now also take place in virtual performance halls, such as the Sundance Film Festival and concerts by artists such as Ariana Grande, J Balvin, and Travis Scott. The show of the latter, organized on the video game platform Fortnite, has also attracted more than 12.3 million guests.

Let us now turn to our physical activities, which are also increasingly performed virtually. Companies like Peloton now offer Tour de France and Giro-caliber bike climbs, without the hassle of having to travel to Europe. Their popularity continues to growclimbing from 1.9 million users in 2019 to 5.9 million users in 2021.

Another example would be the company Tempowhich uses artificial intelligence to deliver home workouts with a virtual personal trainer.

While practical, this transition to the metaverse changes the way we interact with urban landscaping and space and forces us to revisit many urban priorities.

Even today, to stand out and make themselves more attractive, many cities emphasize the quality and quantity of green spaces present on their territory. But what will be the use of these spaces – which for the moment serve mainly as places to meet and exercise – if the city dwellers of tomorrow decide to carry out these activities online?

Without the need for urban spaces, and without the businesses that border them, the advantages of living in the city are also likely to diminish. Already, during the pandemic, many Canadian households have become familiar with telework and have chosen to leave the city to take advantage of more affordable rents. We have to believe that if, in addition to working from home, many people manage to carry out their social and physical activities remotely from the metaverse, we will face a new urban exodus.

Urban developments to be reinvented

Apple, Meta and Microsoft are not the only companies that believe we will occupy the virtual spaces in which they invest. But if they’re right, cities need to start taking notice. Several spaces and urban developments will have to be reviewed and even reimagined: a process that could take several forms.

For example, a response to corporate promises of virtual happiness could be embodied in new projects, such as the creation of community gardens and the redevelopment of coastal shores into urban beaches. Initiatives such as these, added to the renewal of the supply of affordable housing, could very well counter the urban exodus.

Whatever they are, the possible solutions will be difficult to envisage if they do not come from concerted and collective efforts, emanating from both the public and private sectors. These efforts will have to involve the citizens of today in order to determine, on the one hand, what the metaverse consists of and, on the other hand, what will be its role in the cities of tomorrow.

If we don’t start thinking about these questions soon, Silicon Valley companies will be happy to answer them for us. And nothing would then prevent the passage from science fiction to reality of the dystopian metaverse imagined by Neal Stephenson.

Be that as it may, it is clear that the more private companies invest in their virtual urban visions, the less our attention is drawn to our current urban spaces.

Metavers: a dystopia on the cities of tomorrow