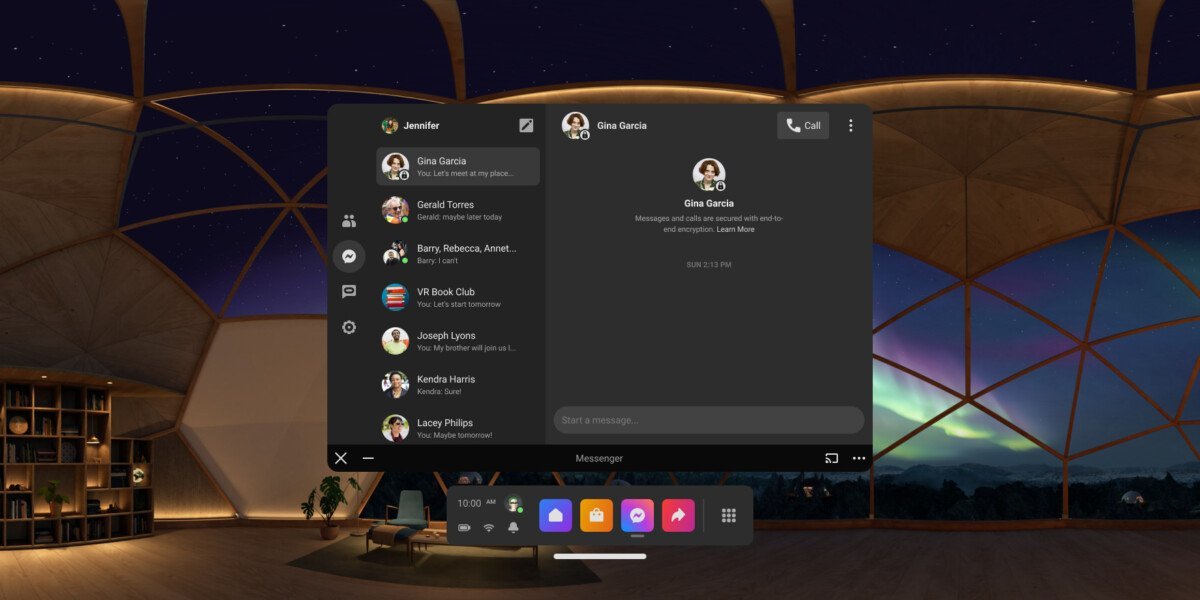 The interface of virtual reality headsets Meta Quest’s Meta benefits from a big update with several new features: improved app locking, secure payments, audio accessibility, new keyboards, but also conversation encryption Messenger. There is above all one watchword: security, which is indeed regularly criticized by Meta. No new environment unfortunately, even if the mountain one had been deployed a few weeks ago.

Meta had built into version 31 of Meta Quest the ability to lock the headset, which was handy to prevent someone from using it. But when you unlocked it, you could then access the entire device. In this new version announced by Meta, each application can be locked specifically. Meta takes the example of parents who can unlock certain games for children, in order to let them play without accessing content that is not appropriate for their age.

Now, if you want to restrict an app, it will lock every time you close it.

If you have a Visa or MasterCard bank card, it is very likely that your payments go through the 3-D Secure protocol, which adds a verification step for the user of an online bank card. If before payments could only be made via the Oculus mobile app, now payments can be made directly on Meta Quest.

No more need to remove your helmet with each purchase: obviously that suits Meta.

Meta adds an “Accessibility” tab in its settings with two new options for people with hearing loss. The first allows you to switch from stereo audio to mono audio: the sound that will come out of the right and left speakers will be the same; spatial audio is enabled by default.

The second option allows you to manually adjust the balance of the audio if you hear better in one ear than the other.

In its v40, Meta Quest is testing optional end-to-end encryption for messages and individual calls on Messenger in virtual reality.

Enough to reinforce the security of the instant messaging application of Meta, even in a virtual reality helmet.

Meta continues its evolution towards a more complete metaverse and develops the functionalities of its virtual reality headsets. At the beginning of the year, the giant had set up the ability to share links from your Android smartphone to the headset. Also, a few days ago Meta’s roadmap had leaked, we learned that 4 new VR headsets are in development.