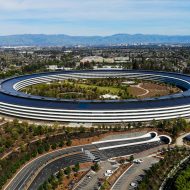 Meta announced on May 16 the arrival of the update for its virtual reality (VR) headset Meta Quest. This adds many features ranging from individual protection of applications to end-to-end encryption of its Messenger messaging, through the introduction of secure payments.

Meta improves the experience of its VR headset

Among the novelties, the parent company of Facebook unveiled the improvement of its locking system. This allows the individual locking of each application present on the VR helmet thanks to a pattern. Introduced in a previous update, this feature could only be used to fully lock the headset. ” This is a very important security feature for any of our Meta Quest devices and will hopefully be a useful starting point for parents as we roll out our parental control tools in the months ahead. coming “, explains the company.

In addition, there are two new audio accessibility settings for the hearing impaired. With Mono Audio it will be possible to switch from stereo audio to mono audio. Audio Balance, on the other hand, will allow you to adjust the sound balance according to user preferences.

Meta also revealed the arrival of end-to-end encryption for the Messenger application dedicated to the VR headset. This technology, used for years by the company for the desktop and mobile version of the app, encrypts the exchanges between two users so that only the people concerned by the messages can read them. According to the social media giantits implementation within the Quest helmets “ adds an extra layer of privacy and security to your personal chats with our advanced technology “. In particular, it will offer the possibility of communicating in writing and making calls in VR.

Finally, Meta presented the addition of secure payments using a 3D facial recognition system to protect the personal data of its users as well as the arrival of new keyboards compatible with the helmet including the Apple Magic Keyboard and the Logitech K375s models, K80 and MX Keys.

Preparing the ground for the metaverse

For the moment, Meta is preparing the launch of its metaverse. As a reminder, the Californian company recently opened a store, the Meta Store, dedicated to its range of connected products. Inside it, customers will be able to try different devices such as connected glasses Ray-Ban Storiesconnected screens Meta Portal and of course the VR headset Meta Quest 2.

Mark Zuckerberg has the will to give a foretaste of the metaverse as many people as possible. These products will serve as an access door, with Meta’s virtual reality headset as the focal point. To see if this kind of devices, including a new version is expected to hit shelves in Septemberwill seduce the expected audience.