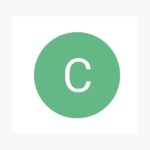 
Many teenagers own virtual reality headsets, but have they started using them like smartphones? For now, the answer is no.

A quarter (26%) of teens say they own a virtual reality headset, a higher level of VR device ownership than expected, but with only 5% of teens saying they use the technology regularly, the level of engagement remains “unconvincing,” according to the recently released Piper Sandler research report, “Taking Stock with Teens: Spring 2022.”

The use of VR headsets is low due to a number of factors, from costs that are not yet within the reach of most consumers, to an insufficient range of applications. But that last point shouldn’t be a problem for the eventual rise of a VR-enabled metaverse, since the metaverse could very well be the solution to this adoption problem. In terms of apps, there really isn’t much out there yet, and certainly nothing that has generated major interest.

Games, which already have annual revenue of $200 billion and have around three billion players worldwide, are a natural launch pad for Gen Z and beyond who will have grown up exclusively in the digital world. . It’s a target of Meta’s big tech rival, Microsoft, which is spending nearly $70 billion to acquire Activision Blizzard. A recent Razorfish and Vice Media Group study of Gen Z gamers revealed that 20% of their entertainment/leisure budgets will be spent on in-game purchases over the next five years.

But to date, there are only a small number of VR games (only 3% of users of the famous gaming platform Steam own a VR headset).

Concerts and sports also have great potential, but there is no real driver for these two areas yet. Even education, where immersive classroom “excursions” to anywhere in the world become part of the collective imagination about the benefits of VR, has yet to take off in any meaningful way.

The Metaverse is certainly the biggest VR application space on the horizon, so maybe the “Field of Dreams” approach – if you build it, they will come – can work.

In any case, Meta Platforms, the parent company of Facebook, is making this bet as part of its efforts to diversify beyond the advertising revenue of its family of Facebook applications, including the main application, Instagram and WhatsApp, which accounted for 97.5% of revenue last quarter, or nearly $28 billion.

“Everyone is talking about the metaverse,” Nicola Mendolsohn, Meta’s vice president for global affairs, told CNBC on the sidelines of the Milken Institute’s global conference last week.

But the revenue contribution from its Reality Labs division — the part of the company that designs products for the metaverse — was $695 million. Reality Labs remains a money pit, if not a big bet on the future for the company, posting a loss of $2.96 billion in first-quarter results, down from a loss of $1.83 billion. in the first quarter of 2021. Executives indicated that while spending will be somewhat lower than expected, this unit will continue to be an area of ​​spending growth. The company has spent more than $10 billion building the metaverse.

The cycle between investment and “significant enough revenue growth” to be profitable will be long, according to the company. “I think it will be longer for Reality Labs than for a lot of the traditional software we’ve built,” Meta CEO Mark Zuckerberg said on the recent earnings conference call.

“We are making big investments to deliver the next platform which I believe will be incredibly important, both to our mission and to our comparable and valuable business to today’s leading mobile platforms. Now I recognize that it is expensive to build this. It is something that has never been built before. »

Against this backdrop of heavy spending, some experts believe that a major breakthrough may soon occur.

Sarah Ostadabbas, an assistant professor of electrical and computer engineering at Northeastern University, believes that VR has already seen significant innovation, so much so that she thinks mainstream adoption may well be one or two flagship applications”.

On Monday, Meta will open its first physical store and showroom for VR headset technology, where customers can purchase the Quest 2 headset. The company is also preparing a higher-end headset, currently called Project Cambria, which should come out later in the year.

Arguably, given these technological advancements, it’s on the design side that there’s room for growth, territory usually held by Apple (whose long-rumored development of a helmet).

But according to him, among active players, Meta’s (formerly Oculus’) Quest 2 is clearly in the lead, followed by Valve’s Index. Other headsets worth considering include the Lynx and the Pico Neo. Also worth mentioning: Pimax, Varjo, HTC Vive, and there are still some Windows Mixed Reality-related activities.

But since Meta isn’t primarily a hardware company, there’s a lot of freedom in the niche to let the best VR developments go.

“I think they want to build the (OS) platform,” Ostadabbas said. “Google got scared when Meta and other social networks locked them down, so they jumped on cellphones to avoid being shut out of these big news sources. Likewise, Meta has found out the hard way what smartphone vendors can do to damage their business model with a single policy change. »

Recent privacy restrictions on ad targeting imposed by Apple and Google’s smartphone operating systems have cost Meta billions of dollars in ad revenue. The company’s chief financial officer has estimated that Apple’s changes could cost it $10 billion in revenue this year.

There are caveats to owning hardware, like Google Glass, which has found only limited applications in business and industry to date, and 3D TVs.

Zuckerberg said on the most recent earnings conference call that “the best experience will be on virtual reality and eventually augmented reality platforms, and especially our platform like Quest,” but he added that the company plans to make it easier to access the metaverse from more platforms, and “even without the need for a headset.”

Regardless of who wins the hardware battle, if the technology works for consumers, it remains to be seen what people are actually going to do in the metaverse, and, in fact, what’s the point of it all? Skeptics see it as hype and rebranding, but not much more. Much of this hype can be summed up in one word: presence.

“Besides immersiveness, one of the most interesting differences between the metaverse and the internet is presence – your avatar,” Ostadabbas said.

While sitting in a meeting in the shape of a purple octopus might sound silly (because it is), there’s something to be said for the concept behind it. “The internet is a source of information and people dig through massive amounts of information without ever leaving a trace. As long as you don’t comment, you are invisible. With the metaverse, your avatar means consumption requires presence, and therefore even exploration is active and interactive,” she said.

The constant evolution of new technologies motivates Carlos’ passion in this sector. Web editor and journalist for 10 years, he shares this passion through his writings for the Mirror Mag website and other specialized media.