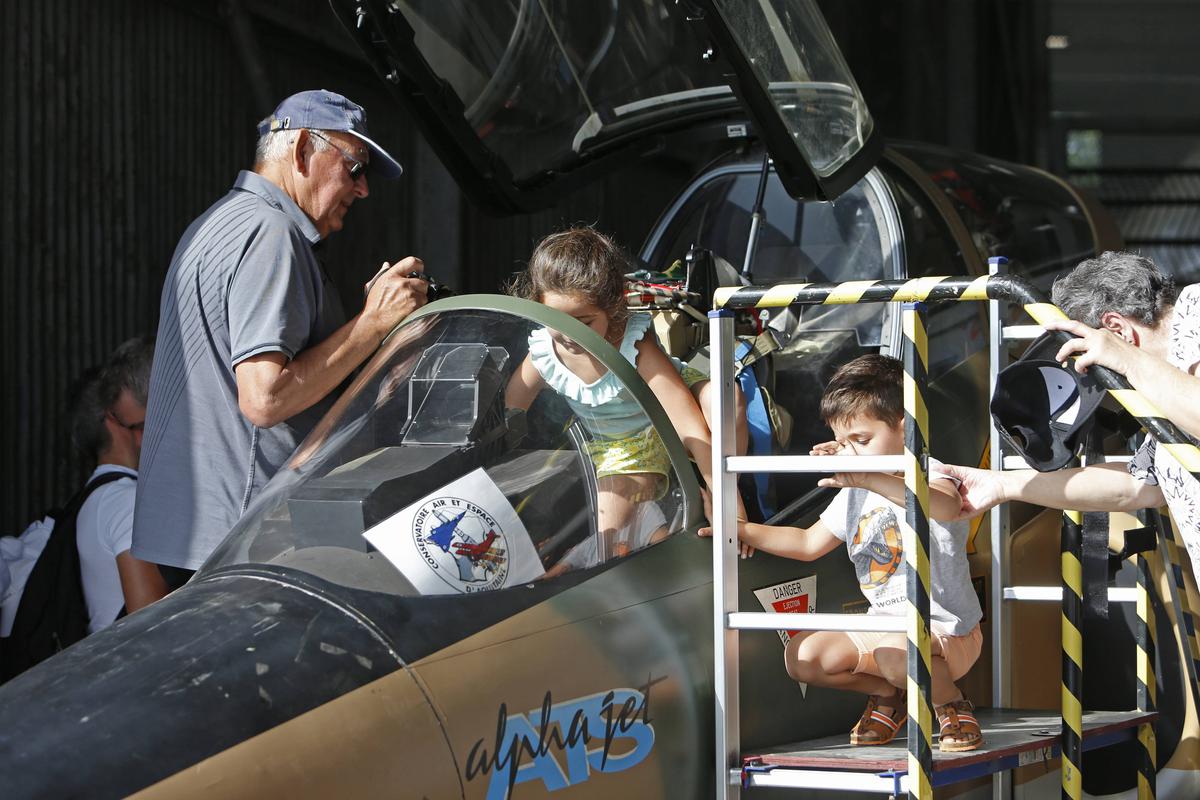 On the ground, a stone’s throw from the take-off runway, are exhibited collector and combat aircraft. A juggernaut stands out against the blue of the sky, it is the A400M. “Wah, it’s really huge…”, blow the children. Under the gaze of experienced pilots dressed in their flight suits, parents photograph their offspring at the controls of fighter planes, the helmet still floating on the blond heads. Further on, we try flight simulators, a virtual reality helmet on our eyes, or we pilot a drone.

Played in the background, the little patriotic music is sometimes interrupted in favor of the announcement at the microphone of the next flight demonstration: “And we all say hello to the pilot! The air show has something to impress and knows almost no downtime. Rafale, Mirage, Canadair…

These aircraft, some enthusiasts have seen them in preview thanks to a special four-day pass. These are the “spotters”. Recognizable by their blue overalls, these passionate aeronautical photographers are armed to the teeth not to miss a beat of the meeting. Arrived at the same time as the planes on Friday, they have their own zone, as close as possible to the machines. Photo equipment is made available to them to strafe the planes until their departure, Monday, May 23. All for the price of 130 euros, for the benefit of the Foundation of the social works of the air.

“I started when I was 11. As soon as there was a plane flying, I took my bike and went there to photograph it! »

Meeting with Hervé, nicknamed “Papi photo”. Originally from Brittany, he has been photographing planes for 66 years: “I started at the age of 11. As soon as there was a plane flying, I took my bike and I went there! This former aeronautical engineer is “an old timer”, affectionately exclaim the other “spotters”. Robin, 21, drinks the words of this pillar of the community, a freelancer for specialized magazines. The young man has the same sparkle in the eyes as Hervé.

Also studying aeronautics, he lives near the runways of Toulouse-Blagnac airport. “I always keep a device in my car. I stop at the side of the road as soon as there is a helicopter, laughs the young man. It’s waiting, but the result is so satisfying. He treasures his photos, adding them to his collection, like a steel butterfly hunter.