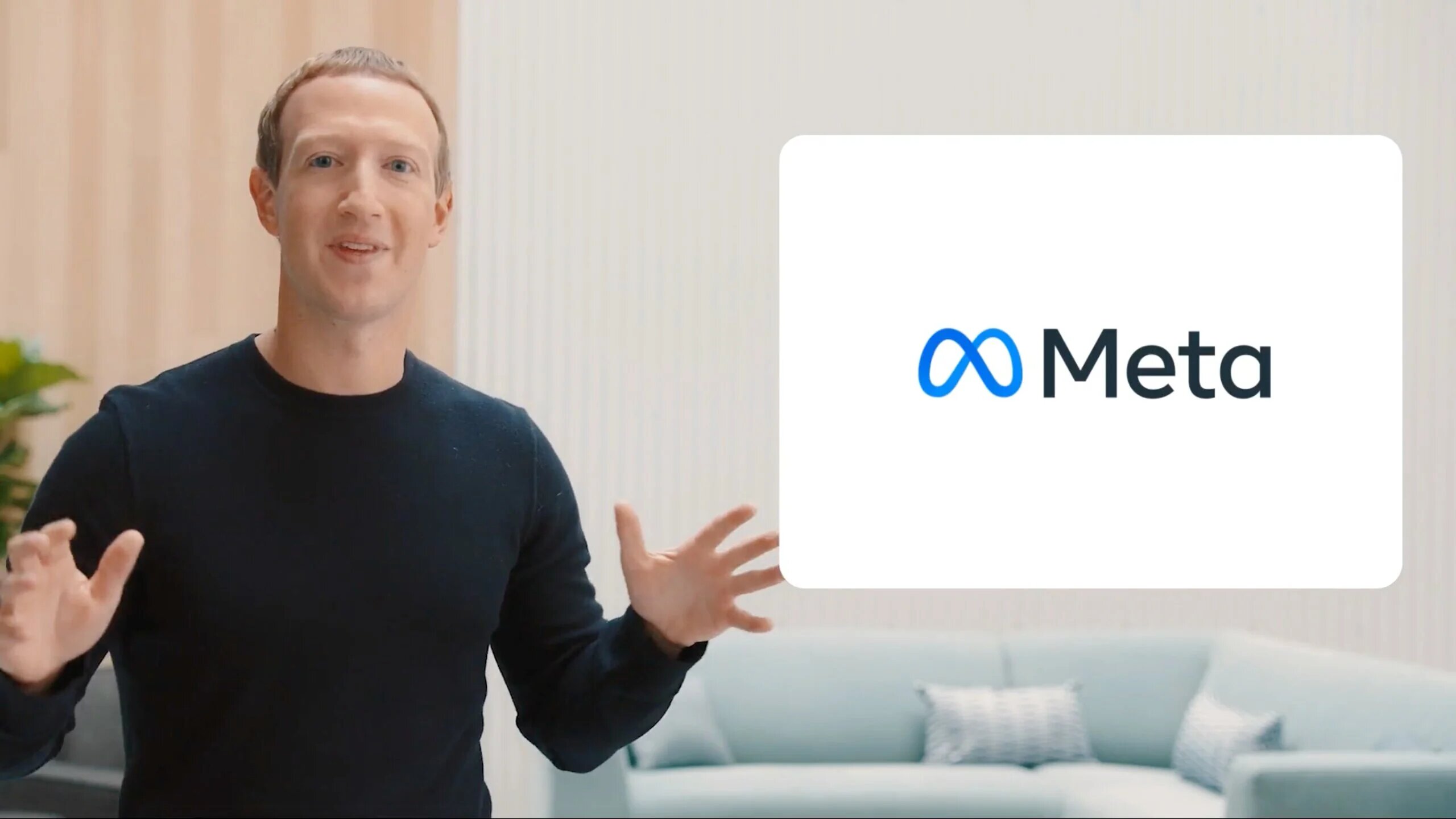 Before living in the metaverse, users will need the devices to do so. In a survey published on April 13, The Verge reveals all the difficulties and challenges faced by the teams of Meta to develop them, under the close supervision of ” the eye of Sauron “Mark Zuckerberg.

“ He wants it to be an iPhone moment “, this is the ambition of the founder of Facebook for his future virtual reality devices, according to the testimony of a former employee of the group. In renaming his company Meta, Mark Zuckerberg has emphasized the development of a metaverse, touted as the future of digital, although still technologically inaccessible. The bet is essentially based on the electronic devices that will succeed the hegemony of the smartphone and their dominant operating systems, iOS and Android.

The ambition is immense, the means to achieve it are always. Meta’s virtual reality/augmented reality division, which works on related devices and software, represents 10 billion dollars of investment in 2021 and spending is expected to increase further in the coming years. 18,000 employees poached at exorbitant prices from Microsoft, Apple, Google… are busy working on the CEO’s big project.

For Mark Zuckerberg the success of “Meta” and what it represents is a matter of ego. The group is going through one of the most complicated periods of its existence: eternal debate on respect for privacy and moderation on its networksslowing of user adherence, antitrust lawsuits which could lead to the dismantling of Facebook, WhatsApp, Instagram, drop in ad revenue with App Tracking Transparency from Apple, fall in the stock market… The success of the peripheral projects towards the metaverse will prove that the group and its founder retain all the creativity and the talent for innovation of its beginnings.

Meta is planning a whole range of peripherals to its metaverse

This horizon of expectation goes through several projects in development since 2018. The first of them is codenamed Nazare. It is a virtual reality headset that works without a smartphone, with a dedicated device to distribute the computing power. For Mark Zuckerberg it must offer a complete experience when it comes out, 3D environment, wide field of vision and attractive design. 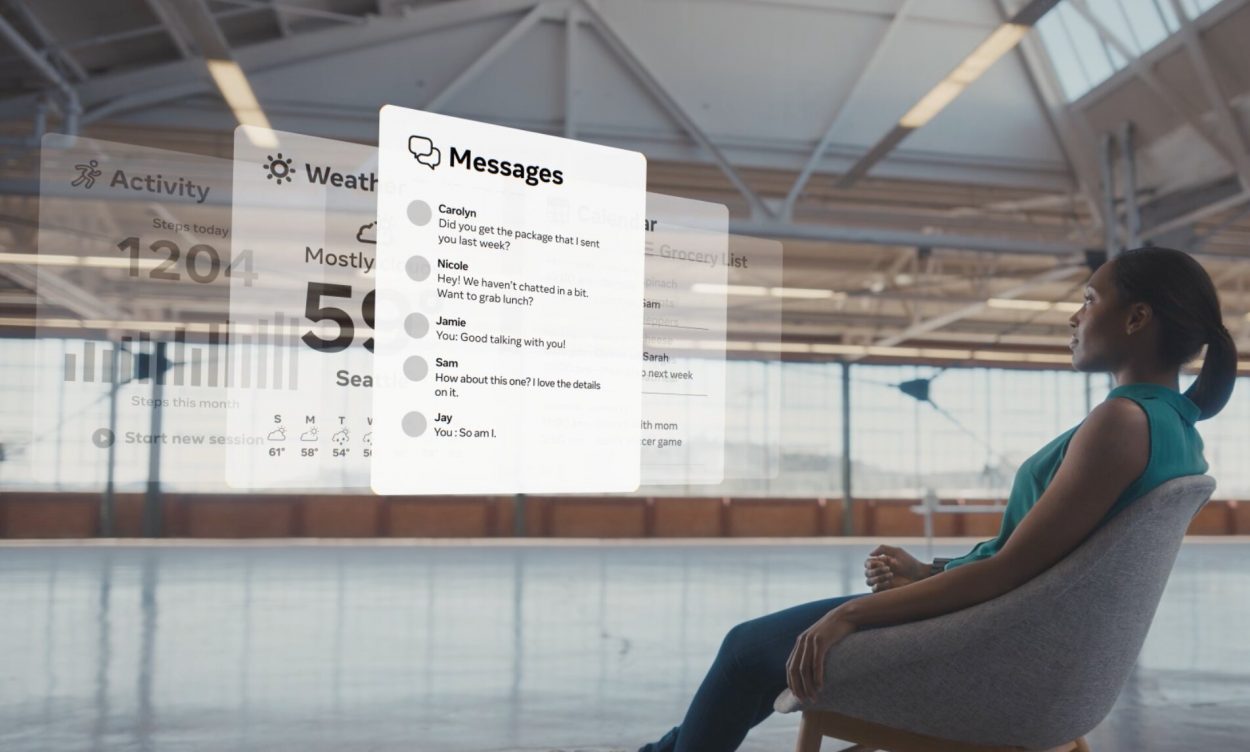 Thanks to a connected bracelet, Facebook will allow users to control an augmented reality interface with their fingers. Screenshot: Century Digital / Facebook.

The project should be completed in 2024 for its first edition, 2026 for a lighter and more refined second, 2028 for a third. These goals are still hampered by development challenges. The operating system poses problems and had to be less ambitious, remaining close to the Meta Quest, the weight of the device is significant, 100 grams, the autonomy is limited to only 4 hours.

It should eventually work with a new kind of device, presented by Mark Zuckerberg during his october conference, a bracelet capable of reading (more or less) minds. The project is called the most exciting innovation in Meta and beyond by former and current employees interviewed by The Verge.

The device was designed by the startup CTRL-Labs, acquired in 2019 by the group. Using electromyogram (EMG), electrical impulses in the peripheral nervous system, he would be able to understand certain orders to be carried out. The third version of a hypothetical future connected watch made in Meta should be equipped with it and partner with Navare and Hypernova.

The wristband prototype developed by Facebook, equipped with electromyographic sensors to “interpret” the movements of the user. Picture: Facebook.

Be careful not to burn your wings

Hypernova is another helmet project scheduled for 2024. Less ambitious than Nazare, it should work with the help of a smartphone. A third helmet, Cambria, embodying the new generation of Oculus, should see the light of day during the year 2022. Finally, the Ray-Ban Stories have already leftwith disappointing sales so far.

The risk taken by Meta is up to its expectations. For the moment, augmented and virtual reality helmets or glasses have not yet found a large audience. Even Nazare aims, for its first edition, above all at an audience of technophiles and developers. The group is giving itself until 2030 to democratize its use and impose itself against competing products fromAppleSnapchat or Microsoft… Alex Himel, vice president for augmented reality at Meta, gave his teams the goal of selling 10 million smart glasses by the end of the decade… Good luck.