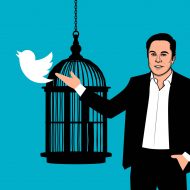 mark zuckerberg testified on December 20 in a California court as part of the proceedings initiated by the US competition authoritythe Federal Trade Commission (FTC), aimed at blocking the acquisition of the startup Within by Meta. The company as the authority play big in this affair.

Meta and Within, a banal acquisition?

The takeover of Within’s virtual reality fitness application by Meta, estimated at $400 millionlooks very weak compared to the other current files of the FTC: Microsoft’s acquisition of Activision Blizzard for 69 billion dollars or that of VMware by Broadcom at $61 billion.

Mark Zuckerberg and Andrew Bosworth, the technical director of Meta, did not hesitate to make it felt in their respective testimonials. The former noted that ” Fitness was probably the fourth or fifth use case ” in virtual reality, that if the operation were to be blocked it would not prevent him from sleeping or that it is above all a question of keeping a commitment made in October 2021. The second highlighted the day before that the decision had been taken because of rumors about a possible acquisition of Apple, ” We were really concerned that if Apple bought them they would become exclusive, because Apple has a habit of acquiring apps and making them exclusive to its platform “.

And yet, Mark Zuckerberg rarely travels for nothing. What is being played out in court in San Jose, California, could change the application of antitrust laws in the United States to believe the american press. Since her arrival at the head of the FTC, Lina Khan has tried to expand its power and to interpret extensively the texts on competition in the United States to fight against the giants of Tech.

An antitrust case with unsuspected implications for the FTC

Within represents a test. The authority attacked the acquisition of Meta on an angle deemed unprecedented: according to the FTC the operation could potentially limit competition in an emerging sector. Many “if” and “maybe” assumed. The objective is to end or hinder the early acquisition, by digital giants, of startups that could threaten their dominance in the future. The acquisition of Instagram by Facebook has marked the spirits in this respect.

The founder of Meta understood this well. Asked about his desire to shaping the future of technology “, Mark Zuckerberg replied, slightly agitated raises the New York Times“ Yes. That’s a pretty broad statement, but yeah “. He tried to convince the judge that with the metaverse, a whole ecosystem is being born, from which everyone will benefit. Applications will be bought, others independent. On the other hand, if justice were to rule in favor of the FTC, “ This would make investors less enthusiastic about investing in this space “.

One of the company’s lawyers, Mark Hansen, went further. According to him, the FTC seeks to avoid any vertical development of companies“ if you’re big and have an interest in something and we think you should build it instead, we’ll stop you from buying it and we’ll force you to build it “.

The verdict of the case, and its implications for the future of competition cases in the United States, should be rendered in a relatively short time. According to documents filed by Meta, the final acquisition of Within has been postponed until January 31, the latest deadline, to allow the California court to rule.

Mark Zuckerberg and the US antitrust authority, the FTC, face each other in court