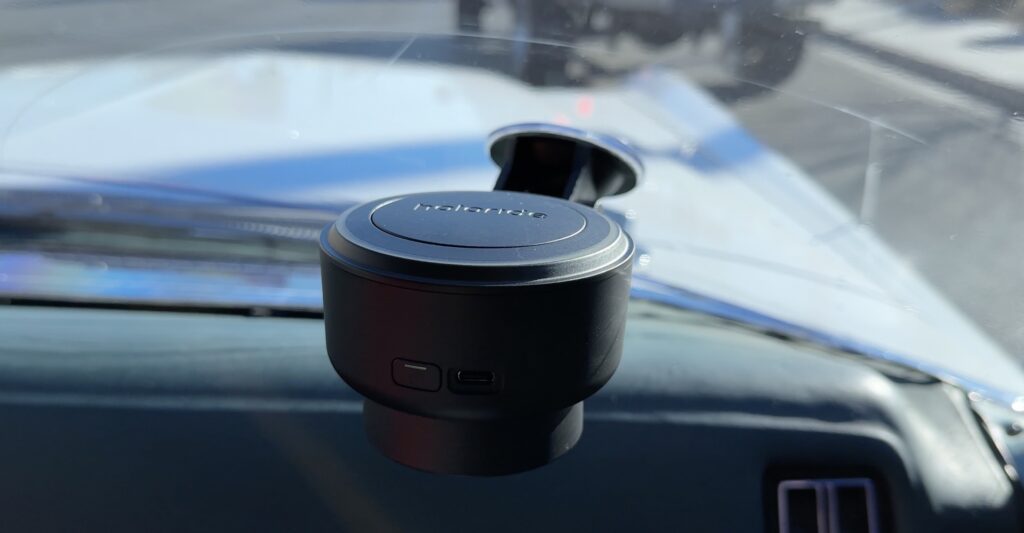 The startup Holoride took us by car in Las Vegas, with a virtual reality helmet on the head. Thanks to a special sensor, the feeling of nausea can be avoided, despite moving around.

BMW had proposed in November 2022 to several journalists drive a car with a mixed reality headset on your head. A funny experience in which Numerama had participated, even if it is unlikely that this practice will become normal one day.

At Las Vegas CES, organized in early January 2023, the German startup Holoride has another approach. She leaves the driver alone, but wants to immerse the passengers in a virtual reality adapted to the car so that they take care of the time of the journey. Thanks to a sensor dedicated to tracking movements, she thinks she can eliminate the feeling of nausea normally caused by virtual reality as soon as we move too much. Numerama has tried this funny technology that Holoride thinks is destined to become standard in the cars of the future.

A simulation that stops at the same time as the car

All car manufacturers seem to agree on one thing: cars will become objects of entertainment. Just see the prototype of Sony and Honda to measure the extent of the phenomenon. The two Japanese want to put screens everywhere to occupy all passengers. This trend is particularly felt at CES where companies specializing in infotainment equipment for cars are trying to put themselves forward, while all the manufacturers present are also betting on screens to make the experience more satisfying.

Holoride wants to go much further by replacing screens with virtual reality headsets. His theory is as follows: the passengers are bored and do not necessarily want to look at the road. The company’s founders see virtual reality as the best way to solve this problem. Thus, it allows you to cut yourself off from the journey temporarily and do something else (play, watch a movie, etc.)

Normally, virtual reality driving should make you want to vomit. But, thanks to a sensor that Holoride markets at a price of 199 euros (directly integrated into the cars of its partners, such as Audi), the brand has found a way to send driving information to virtual reality headsets (here, a HTC Vive Flow). Consequently, when the car brakes, it seems that the virtual environment in which we find ourselves slows down too. Same thing when it turns or when you move your head, it’s like being on a virtual road.

Of course, the product of Holoride would have no interest if one were satisfied to be in a virtual road. What makes it strong is that you can play video games in 2D or 3D (with a controller), access applications on your smartphone or watch movies in streaming. The immersion is really successful, we absolutely did not want to vomit.

Can Holoride really become the norm in the future? For certain uses, such as video games, why not. We can also imagine virtual reality finding a place in long journeys, even if Holoride says it wants to focus on cars and does not develop anything for planes and trains. The whole issue is knowing whether virtual reality can become indispensable, or whether it will remain niche.

In the cars of the future, will we all be wearing a VR headset?


Check out our social media accounts and other pages related to themhttps://yaroos.com/related-pages/