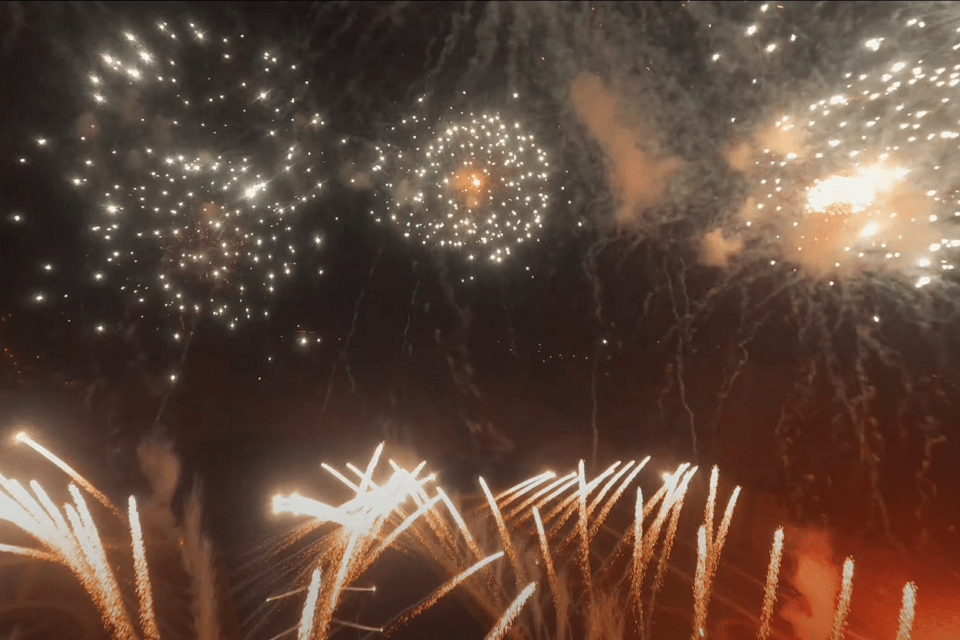 
The Scout of Châteaubriant
See my news

Installed since 2021 in Châteaubriant, the dronist Michael Gisselere makes many impressive videos with its drones. His latest project? The fireworks broadcast on France 2 on December 31 2022 for the transition to the new Year.

Fly a drone amidst explosive rockets

“At the time of the fires, we had four teams filming, including one with an FVP drone, which was filming in the middle of the fireworks,” explains Michael. The drone in question is a small device, the peculiarities of which are that it can reach 200 km/hand that it is piloted in first person view, with a virtual reality headset.

It’s been two years since Michael Gisselere and his company Freeway Drone, which he created with his partner Christelle Bozzer, have been carrying out shots immersed in fireworks. “The first time we filmed shots like that, at Versailles, it was a bit of a test, we didn’t know how dangerous it was“. But the flight goes off without a hitch,” the pictures are great», and the production is delighted.

For this year, the company’s pilots were able to work with the pyrotechnician to find out about and study with 3D images the different paintings that were going to be fired – 13 in total. “We also know the different altitudes, which allows us to anticipate “, explains the specialist. One of the paintings could have been designed by the artificer especially for filming with the drone.

It’s quite difficult, it’s dark and we have no visual cues. We fly a little by feeling. We don’t have a flight path, it’s so random and fast.

Michael, he was not piloting directly the drone that zigzagged between the fireworks, but coordinated the teams. The other employees also filmed the fireworks, from outside this time and with three different camera axes .

The filming, carried out over three days outdoors, did not not been easysince Freeway Drone employees had to deal with very low temperatures . “We had no technical problems. The filming was very nice, but quite difficult”, concedes the drone operator despite everything. ” We stay standing motionless in the coldfor long periods. Some people on the team have been ill.

Despite this little cold spell, Michael’s teams were then able to turn to another project, and resume the monitoring of the reconstruction site of Notre-Dame de Paris cathedralas part of aspecial documentarywhich will eventually be broadcast on France 2.

Was this article helpful to you? Know that you can follow L’Éclaireur de Châteaubriant in space My News . In one click, after registration, you will find all the news of your favorite cities and brands.

In pictures: he films in the heart of the New Year’s fireworks with his drones