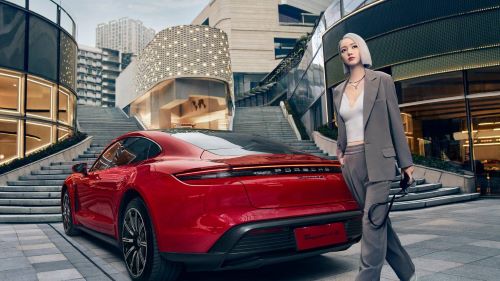 In 1968 came out 2001, a space odyssey by Stanley Kubrick. We discovered HAL 9000, a killer supercomputer, equipped with a artificial intelligence. If this “sixth member” of the crew of the DiscoveryOne then seemed like the most unbridled science fiction, working with virtual employees is now common practice in China.

Employees without flesh and bone but in 3D

From customer service to the entertainment industry, Chinese companies are spending a lot of money to afford the services of virtual employees. Thus, the technology company Baidu reported that the number of orders for “digital avatars” had doubled since 2021. “Financial services companies, local tourist offices and state media – all employ some type of virtual people said Li Shiyan, head of virtual people and robotics business at Baidu.

As technology improves, profitability increases. Li Shiyan indicates that virtual employee prices have dropped about 80% since last year. It now costs about 100,000 yuan ($14,300) a year to hire a three-dimensional virtual person, while the two-dimensional one costs about 20,000 yuan ($2,900).

And the development of virtual employees is progressing rapidly. The city of Beijing recently announced a plan to expand the hiring of virtual people to the tune of 50 billion yuan by 2025 (about $7 billion). For their part, in the continuity of the last five-year plan which includes the digitization of the economy and the increased use of virtual reality and augmented reality, central government departments are also planning to integrate more virtual employees into their departments (broadcasting, manufacturing, etc.). Optimistic, the head of Baidu expects the virtual person industry to grow by 50% per year until 2025.

A societal trend that is taking hold

We should also note that in the search for alternative spokespersons many Chinese brands use digital avatars. A choice that reflects a need for security “after many celebrities have recently encountered negative press about tax evasion or personal scandals”, says Sirius Wang, director of products and head of the China market at Kantar. . A trend that civil society also seems to have adopted. Indeed, according to the media CNBC which mentions an investigation of Kantarat least 36% of consumers have watched a virtual influencer or digital celebrity perform in the past year.

One of the most famous of them is none other than a virtual employee ofAli Baba, known as Ayayi. “Maybe you thought that metahumans don’t need to work?” “, she launched at her birth in May 2021. Her face may be unknown to you, yet the young woman is already the face of brands like Guerlain and Bose. Available 24 hours a day, 7 days a week, with her there are no risky declarations, no drug scandals, no tax evasion… In short, the ideal employee.

According to the Kantar report, 45% of advertisers said that in 2023 they could sponsor the performance of a virtual influencer or invite a virtual person to join a brand’s event.

In China companies can “hire” a virtual employee