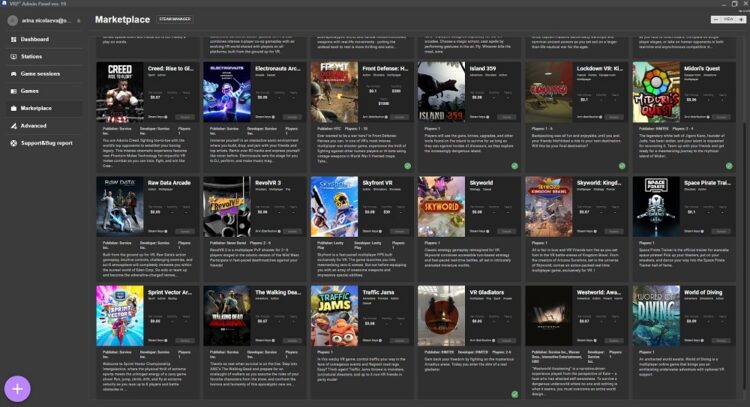 IHMTEK is a Viennese company (Isère) located below Lyon. Specialized in the metaverse, the company has been developing solutions in VR, AR, etc. for more than 10 years, but also virtual reality games and escape games for VR arcades. Its mission is to ensure that each player is satisfied with their VR experience.

IHMTEK brings together a team of VR game enthusiasts who manage the entire project. In addition to adapting each title to the customer’s request and requirements, the startup ensures its playability. Find out more about the company as well as some of the games already made by these professionals.

IHMTEK: studio specializing in the development of VR games

Since its creation in 2012, IHMTEK has been able to move up a gear by attacking the virtual training or Serious game market. This startup has notably developed COLABVIUSto assess a candidate’s soft skills during a hiring process.

In addition, IHMTEK is specialized in the development of VR games. It advocates the collaborative VR game that brings together and immerses several players in the same virtual universe. This makes it possible to put them in competition or to make them collaborate for a common final goal.

The company has also designed Escape Games VR during which its know-how in collaborative virtual reality proves to be of great use. These games are an adventure in which you have to solve challenges as a team to succeed in freeing yourself from a room.

Midori’s Quest is theone of VR games that the Viennese startup has made for arcades. Available on the ARVI gaming platform which specializes in the marketing of Arcade VR games, cThe game was praised by both young and adult audiences.

Midori’s Quest transports you to a colorful universe and unique settings. In fact, this experience combines the principle of treasure hunts with virtual reality. In this original quest, you have to solve team challenges and submit to puzzles to gain access to the final treasure.

In reality, these teams are physically separated, but can interact with each other in virtual worlds. In fact, Midori’s Quest allows you to provide players with an emotional experience such as collaboration, tension, satisfaction, reflection and action in a virtual reality environment.

VR GLADIATORS is a VR game that merges the concept of virtual reality with the concept of multiplayer gaming. It thus offers the possibility of slipping into the skin of a gladiator for a few minutes. Indeed, it allows the player to discover the history of the Gladiators and leads him into an epic world.

To survive, the player will have to face his enemies in the arena of Arcadius. All players have three types of weapons at their disposal. Including a bow, a sling and a spear. Thanks to their skill and flexibility, they will be able to avoid injury. Each participant aims to collect as many points as possible before the game time runs out.

This experience represents an opportunity to test games in the metaverse in the company of friends, family or colleagues. Note that like Midori’s Quest, theaters can get the game on the arcade game platform, ARVI.

So if you want to have your game developed by a professional Oculus-certified studio, feel free to contact here these design teams. They will be happy to transform your idea into reality with passion and professionalism.