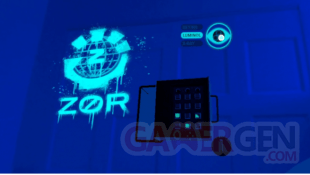 When Schell Games launched the original I Expect You To Die in 2015, he showed gamers just how entertaining VR could be amazing when done correctly. In August 2021, the team released a sequel, I Expect You To Die 2: The Spy and the Liar. We are now entitled to a third opus with Home Sweet Home, this time in mixed reality !

As in previous games, Home Sweet Home makes you play the role of a global star, but this time you find yourself in serious trouble. Well, it won’t change your habits, but this time, it really doesn’t look good for you. You’ve been smuggled out of a top secret medical center and you are now an agent operating from your own living room. Your sworn enemy, the Dr Zoris obviously behind this, but you’ll have to find out how he escapes you. 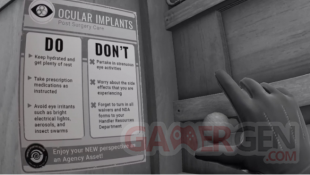 Fortunately, you’ve just been fitted with a brand new eye implant that will help you outsmart traps and gain access to awesome spy tech, such as X-rays, which will allow you to find objects in the walls of your house. Yes, your actual house.

When we designed this experiment, we were all working from home. Then we had a click: what if our secret agents were also working from home? The idea that all of the dangerous situations a secret agent has to deal with are inside their house seemed really fun and a perfect match for mixed reality.

You would have understood it, mixed reality allows developers to create experiences that react to the physical world in a new and unique way. On this, Ryan Hall, Project Director, added:

Designing an experience for mixed reality is very different from designing for virtual reality because mixed reality provides experience-based immersion, as opposed to purely visual immersion. Keeping the player on their toes by warping their familiar surroundings was a lot of fun to figure out, and Meta’s Passthrough technology made it easy for us to do that.

Last year, Schell Games blew everyone away by releasing I Expect You to Die 2 and hitting $1 million in sales in less than a week. This was an important step, not only for the studio, but also for the industry. VRand it showed that the VR industry has a very strong foundation to build on.

I Expect You To Die: Home Sweet Home will be available on MetaQuest 2 and MetaQuest Pro on October 25 and will be completely free.

If the Meta Quest 2 still interests you, know that you can always afford it at the Fnac, Darty or Amazon for €449.99.

I Expect You To Die: Home Sweet Home, turn your living room into a mixed reality escape room