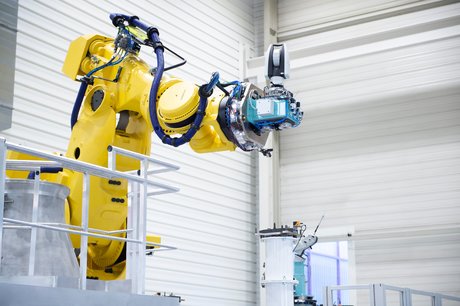 This is one more example of the relevance of technologies derived from video games for applications in the industrial, aeronautical and spatial fields. In this case, it is the powerful Unreal Engine, developed by the American studio Epic Games, which became world famous for its Fortnite game. “We use this engine which offers much more advanced possibilities than the classic tools of computer-aided design used in industry. We only do software, not hardware. explains to La Tribune Hugo Falgarone, the CEO of the startup SkyReal.

How Nyx uses video games as an immersive training tool

This engineer, who has a 17-year career in innovation and manufacturing at Airbus, created SkyReal in Paris in 2018, with the following conviction: “The data is there, the technology is there, all that remained was to bring it to life thanks to virtual reality, which makes it possible to anticipate a lot of things during the design and validation phases.” The company of around fifteen employees ensures that it generates “a few million euros in turnover” with several big names in aeronautics and space (Airbus, ATR, Safra, Stelia), heavy industry (Plastic Omnium, General Electric, Framatom, Naval Group) or engineering schools such as the ‘Isae of Toulouse.

ArianeGroup is also one of its main customers under the development program of Ariane 6, the future European launcher currently being finalized :

“We have been working with them since 2019 to gradually integrate three uses: facilitating collective decision-making on strategic subjects involving several dozen people; supporting and accelerating the validation and start-up of the B-Line in Haillan, Gironde, and anticipate the training of future operators of the Kourou firing center in French Guiana”synthesizes Hugo Falgarone.

A digital twin in the suitcase

In concrete terms, the solution, available in Saint-Médard-en-Jalles as well as on the various ArianeGroup sites in mainland France, Guyana and Germany, fits in a suitcase and requires a laptop computer and a Hololens virtual reality headset. All this makes it possible to collaborate remotely by moving within a digital twin, a real one-scale virtual model. The result is stunning: you move freely in a very faithful and detailed reproduction of the different stages of the launcher and its brand new launch pad with mobile gantry installed at the Guiana Space Center in Kourou.

“This makes it possible to optimize the processes and therefore the costs. We are faster and more efficient on the validation loops, on the development of specific tools and on the distance training of future operators who will be required to work on the site. of Kourou. Thanks to this tool, they validate themselves the infrastructures and machines that they will use in real life in a few months”, testifies Christophe Reig, the VR development manager at ArianeGroup, based in Saint-Médard-en-Jalles.

This is not the first attempt in virtual reality for the joint venture which developed the Icar project in 2010 with the Bordeaux company Immersion. This is a collaborative immersive room that now seems on the sidelines in favor of SkyReal. “The big advantage of SkyReal is that all you need is a computer and a VR headset to facilitate design reviews and communication between the various ArianeGroup sites and even our partners”, adds Christophe Reig, who is deploying new functionalities with the SkyReal teams over time in an environment that is still very constrained by cybersecurity issues.

These time savings from virtual reality are particularly valuable since the long-awaited maiden launch of Ariane 6 is still scheduled to take place in about six months from the Kourou space base. No precise date is advanced but the official objective is to operate the first launch before the end of the year even if the uncertainty remains. To meet deadlines, VR has also made it possible to speed up the commissioning of the “B-Line”, for “Booster line” or “Bordeaux Line”.

Located in Haillan, this assembly line for the nozzles, which will equip the future lateral engines of the inaugural flight and the following ones, is made up of two gigantic autonomous robots. One of several meters high takes care of the mechanical screwing operations, the other, a bit smaller, manages the bonding operations in the clean room with the expertise of a human gluer. “These robots allow us to reduce nozzle assembly time by three or four, which should allow us to manufacture almost one a week at cruising speed from 2023 or 2024”underlines Yann Talamoni, the manager of Ariane 6’s “solid propulsion” programs. before being transported to Kourou.

Knowing that it takes between two and four nozzles per launcher and that the flight program provides for eleven launches per year. With the recent contract won with Amazon for the Kuiper constellationAriane 6 already has a well-filled order book of 29 launches, which should keep it busy for at least four years. “This reflects the success of European choices to guarantee sovereign access to space with a launcher that can be described as a Swiss army knife and which can count both on institutional support and on its commercial performance despite very strong competition. in the field of New Space”greets Gilles Fonblanc, the general secretary of ArianeGroup.

A “SpaceCase” on board

A certainty at this stage, the inaugural flight of Ariane 6 will carry a neo-Aquitaine project among the eleven passengers unveiled by ESA, the European Space Agency, a few weeks ago. This is the “SpaceCase SC-X01” project, an atmospheric re-entry demonstrator which takes the form of a capsule 60 cm in diameter, 30 cm high and approximately 40 kilos. 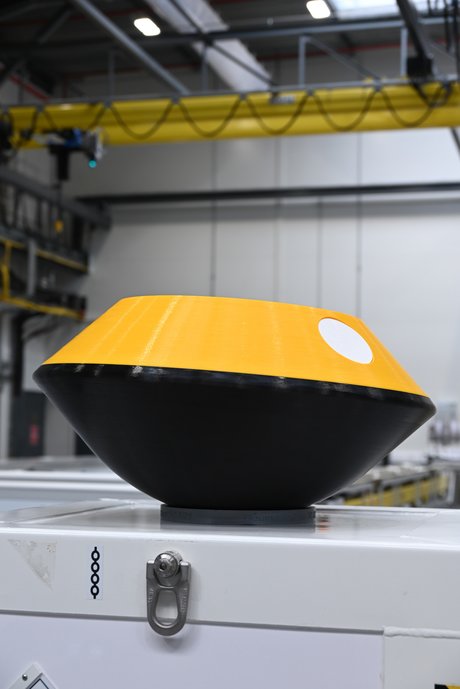 The “SpaceCase SC-01” capsule which will be on board the maiden flight of Ariane 6, still scheduled for the end of 2022 (credits: ArianeGroup).

“The objective of the capsule is to prepare a commercial service offering customers the possibility of testing various technologies in flight (materials, equipment, sensors, etc.) in a space environment of the atmospheric re-entry type, as well as a new generation of thermal protection developed by ArianeGroup”explains the think-tank and incubator Way4Space, created last year in New Aquitaine and which supports the SpaceCase project.