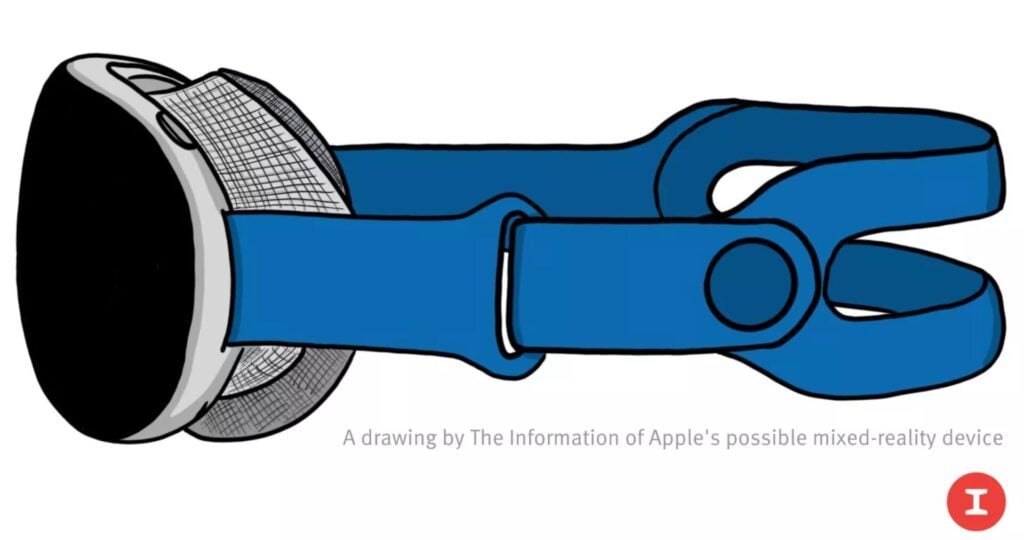 Apple has just entered the very last straight line before the announcement of its mixed reality headset which should take place in the spring. However, the efforts made would have heavy impacts on almost all future launches, hardware or software.

2023 will be the year of mixed reality for Apple. His MR helmet is on final approach. It is of colossal importance to Apple, which has been working on its development for about seven years.

A presentation in the spring, a release in the fall

As Mark Gurman points out in his newsletter, power-on, Apple was initially planning to arrive in this market in 2019, but the delays have accumulated, pushing the launch date to 2020, then 2021, and 2022. But this time, we are there, it seems . Even if a last small delay appeared, since, a priori, Apple planned to present it in January for a marketing in March, approximately. Now it is his announcement which should take place in the spring – Apple often organizes events in March. The calendar would allow him to have presented his helmet before WWDC, at the beginning of June, so that a certain number of developers could already have rubbed shoulders with the beast. However, the Cupertino giant would not intend to market its helmet, called Reality Pro, before the fall

This schedule would have the advantage of giving developers access to the helmets before WWDC. For the time being, according to the journalist of Bloomberg, only a few handpicked developers would already have access to a model of this helmet in order to create a first mattress of third-party applications. We imagine that developers like those of Snapchat, very advanced in augmented reality, could be among these chosen ones. The WWDC would then be an opportunity to show more of the potential of its helmet to the general public and to answer questions from developers. Craig Federighi’s teams will indeed have to present the software solutions developed. In the forefront of which the operating system, code name Borealiswhich should be named xrOS, ultimately.

The Information recently revealed in a long article that Apple was encountering a few software problems, complicating things and contributing in part to the fact that the Reality Pro will not be presented in January. Mark Gurman even indicates that the Apple teams have still not finished work on the helmet. The giant “has a lot of issues to fix – in hardware, software and services, as well as how it will be marketed and sold”.

In view of the challenge, and to achieve its ends, Apple would have reallocated resources on this project by withdrawing them from various hardware and software departments. “This would handicap other projects, some of which were already suffering from delays and budget cuts linked to the economic slowdown. »explains the journalist of Bloombergbefore definitively driving the point home: “It could mean that Apple will have less big news to show off this year”.

Even the iPhone is affected

the Mac Pro, the MacBook Pro and the 15-inch MacBook Air would be there, accompanied by a few more or less important updates, but for the rest, the announcements would be… discreet. Thus, the iPad Pro 11 and 13 inches would not be launched before the first half of 2024 – to be forgiven they could take advantage of an OLED screen. And if the other iPads (mini, Air, and entry-level) need to be updated, it would only be a minimal update of the SoC, advances the journalist from Bloomberg.

Same story on the side of the Apple Watch, which will only gain a little power. In addition, the AirPods would not benefit from any notable update in 2023 – at the time for the AirPods Max 2…Apple TV 4K which was updated in 2022 would not be concerned by an evolution this year either. Only the return of a large format HomePod would still be relevant. But Mark Gurman immediately showers our enthusiasm: “I don’t expect anything revolutionary from it”, he wrote. What’s new should come down to an improved touch panel and the introduction of the S8, seen in the Watch Series 8.

In the end, only the iPhone would escape these cuts? For the hardware part, a priori yes. It must be said that it is still – and by far – Apple’s main source of income. The iPhone 15 could benefit from some great new hardware. The entire range would be entitled to the Dynamic Island and USB-C, while the Pro models would abandon steel for a much stronger titanium frame. They would also adopt haptic buttons for sound adjustment. Besides, with a little luck, their SoC could be compatible with the hardware acceleration of the ray tracingalready supported by high-end processors from Qualcomm and Mediatek.

On the other hand, the software part of the iPhones would also have had to tighten their belts. According to Mark Gurman, the efforts made to complete xrOS – and the few setbacks of iOS 16 – could thus cost some new major functions for iOS and iPadOS 17, code name Dawn. But the new version of the operating system from Apple would not be the only one to be affected. Sunburst, the code name of the future macOS 14, would also be affected.

Expected like the messiah by a market that is unable to gain a foothold, Apple’s mixed reality headset should open the doors to two new markets. Firstly, that of virtual and mixed reality devices, dominated by Meta for the moment, without any real competition – but it is competition that this market needs, it seems. Secondly, thanks to the technological runoff that Apple masters so well, it is the market for augmented reality glasses that the Cupertino giant is targeting. A market that many analysts see as the future Grail, the Eldorado that will eventually replace the smartphone. We understand better why Tim Cook is ready to sacrifice some of his minor products and even the new features of his flagship OS.


Find here our social media accounts as well as other pages related to it.https://yaroos.com/related-pages/