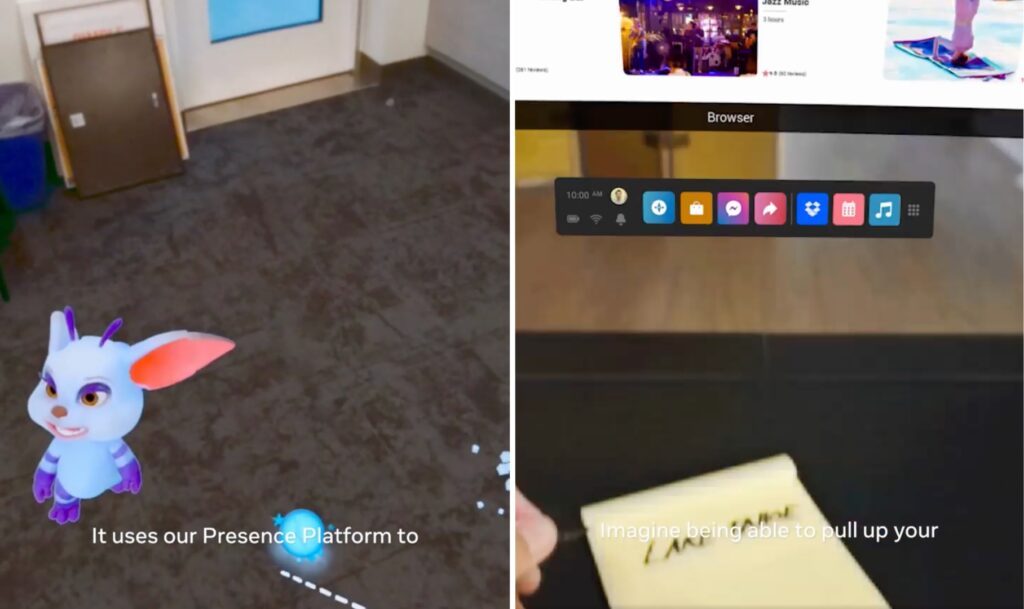 Through its boss Mark Zuckerberg, Meta reveals first information on the “Cambria” project, its future high-end VR headset. It will put mixed reality in the spotlight thanks to numerous cameras.

It’s no secret that Mark Zuckerberg strongly believes in virtual reality, mixed reality and augmented reality. Fervent defender of metaverse », the creator of Facebook renamed his company Meta in October 2021 to accelerate this transition. Mark Zuckerberg is convinced that the future of the Internet will take place, at least in part, in virtual worlds and has the ultimate objective of launching glasses that perfectly mix the virtual and the real.

By the end of 2022, Meta should market a new virtual reality headset that it calls for the moment “Project Cambria”. This high-end version of the Quest 2whose price should be around 1,000 euros, should be an important first step in the transition from virtual reality to augmented reality. A video posted by Mark Zuckerberg May 12 confirms it: the Cambria headset will offer many “mixed reality” experiences.

Mixed reality, what is it?

In this short video, Mark Zuckerberg presents Oculus’ future high-end headset without showing it. Ironically enough, the face of Meta’s boss is blurred out to hide the design of the helmet. Our only certainty at the moment is that the prototype used by Mark Zuckerberg is black, while the Quest 2 is white. This is some quality info!

On the other hand, there are interesting elements in this video. What Mark Zuckerberg is showing is a new app called “The World Beyond” which, quite magically, adds virtual elements to the real world. With it, you can display a ping pong table in the middle of your living room, play with fake animals, chat with friends on the other side of the world or take sports lessons without leaving your apartment.

How does it work ? The technology used by “The World Beyond” is not augmented reality but mixed reality. Concretely, several cameras on the helmet will replicate a glimpse of the real world in virtual reality. You will see your real couch, but it won’t be your real couch since screens will be in front of your eyes. We can however imagine that the price of this helmet is explained by the quality of the replica of the real world.

The Oculus Quest 2 is also capable of exploiting mixed reality, but only in black and white. The result is already stunning, since all the elements of the real world appear in the right place. The Cambria will be able to replicate reality in color. That’s why it will allow Facebook to take a first step outside of virtual reality.

To give developers (and users) a preview of “The World Beyond,” Meta says the app will soon be available in the App Lab, the Quest 2’s experimental store.

Replicating reality, the solution to convince?

Right after posting this video, Mark Zuckerberg participated in a 27-minute live chat with Jesse Schell, CEO of Schell Games (I expect you to die, Among Us…). In this interview, he notably indicated that he hoped that more and more people would work daily with a helmet on their head in a few years. Mark Zuckerberg’s approach is clearly not 100% virtual reality, but the possibility of mixing the two.

The Cambria helmet should be unveiled at greater length in a few months, before being marketed at the end of 2022. Its main competitor could be signed Apple, the Californian brand would also plan, a very high-end mixed reality headset. For the moment, they would be intended mainly for developers, until the technology is more mature.

Here is Facebook’s future virtual reality headset, but in blur