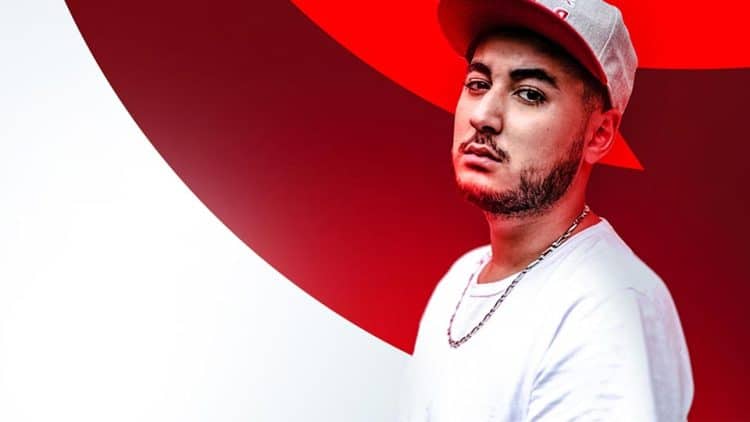 Corentin Houssein, better known as Gotaga and nicknamed the “French monster” of video games is a French professional gamer and Twitch streamer.

With the advent of new technologies, we are seeing more and more new professions appear. At the same time, new celebrities are emerging. Some names are starting to stand out from the others. This is how Corentin Houssein, better known as Gotaga, became one of the most popular streamers in the gaming world.

His extraordinary success and his exceptional career make him an idol of young people and one of the most followed French streamers on Twitch. Its notoriety in the world of gaming is indisputable. Want to know more about the man? Read the following paragraphs.

Corentin Houssein, of French nationality, was born on September 7, 1993 in Mantes-la-Jolie, France. Today, he is an internationally renowned professional video game player. He is one of most successful French players on consoles. Recently, he left the French team Vitality to better focus on his e-sport projects.

Corentin Houssein is the son of a computer scientist father and a stay-at-home mother. Her father is Malagasy while her mother is Breton. Since his early childhood, he is surrounded by computers, which began to awaken his passion. At the age of eight, he received a Xbox who introduced him to the world of video games and, later, online games. It was in 2008, at only 15 years old he created his YouTube channel.

Gotaga begins a college course in the scientific section of the Vincent Van Gogh high school in Aubergenville. But he left the establishment in order to follow his passion for gambling, develop his talents and earn a living. Despite the fact that his decision was initially considered unusual, his parents supported him.

Before that, he used to skip class to participate in tournaments, which upset his parents. But everything changed when his father came to see him for the first time. “He saw these people who came here, just to see me. They weren’t even part of the competition, ”says this celebrity. “That’s when my dad said ‘wow, that’s crazy stuff!’ From then on, he realized that I could do something with it”.

The passion for the game also runs through the veins of the youngster Gotaga’s brother, Ronan. The latter also does live streaming and created the character, Carbon. He is a well known player French esports scene. Additionally, his sister, Melina, works for esports company SFCO. Regarding his private life, he has not shared anything official regarding his love life on the Internet. But he’s probably dating someone.

It’s on the famous ” call of duty » that our man really begins to make himself known. After an incredible action on this play, he imposed himself and won many tournaments. He eventually acquired the nickname ” The French Monster in the “Call of Duty” series. Since 2012, he has been at the head of his own firm, and has been a substitute player for Team Vitality (which he co-founded in 2013) on the game ” Fortnite Battle Royale »and filmmaker on YouTube (essentially replays of his broadcasts on Twitch).

Since 2017, he found himself with a team (the Gotaga Corp) to take care of its marketing, its communication, etc.. He also owns a clothing line and the scuf housewhich he co-founded with Prime in 2018. Gotaga co-hosts a flagship show on Twitch, the Masterkill. The team of broadcasters recorded a peak in audience during this broadcast.

On April 9, 2019, Gotaga won ESPN’s Global Influencers Championship on Twitter, which brought together 64 esports personalities. After dethroning the winner of the previous edition, the American streamer Ninja, he won the final against Polish-Canadian streamer Shroud with 54% of the votes (out of 450,000 votes). He therefore becomes the first European to win this competition.

The start from OpenWorlda chat program in which Gotaga, supported by Doigby, welcomes different people from the gaming and streaming industry to freely discuss various topics, took place on March 15, 2021.

The Psychology of Gotaga

In reality, Corentin Houssein has a winning mentality, which made luck accompany him. He finds real pleasure in competitions. Man sets goal to challenge those stronger than him. For him, this is the only way to reach the top. Thanks to this psychology, he was able to overthrow several big stars in the field.

The individual always takes care to choose his partners well. In addition, his greatest fear is to no longer be able to develop his passion. Corentin Houssein does not disdain his origins and recognizes his Malagasy blood. Competitive and mentally strongthat’s what made him the captain of the Vitality team.

While “Call Of Duty Advanced Warfare”, he had the opportunity to play with the best English players under Millenium. He was very successful in showing that the French could compete with their English counterparts.

Going into Black Ops 3, Gotaga found a full squad of French players in Riskin, BroKeN, and Young Gun Wailers. Vitality failed to qualify for the “Call Of Duty World League” during the invitational LAN event in Cologne, in Germany. Nevertheless, she managed to do business online securing Vitality’s spot in Season 1 of ‘Call Of Duty European World League’.

Gotaga’s videos highlight his high skill level and his impressive personality. They also feature characters from the world of professional gaming and content creation. Note also that the star has already organized a private game event for the benefit of children’s hospitals.

Gotaga and its income

According to Net Worth Spot, the largest resource that estimates the net worth of influencers, Corentin has an estimated net worth of $1.16 million in August 2022. Gotaga’s YouTube channel receives more than 4.84 million views per month and YouTubers can earn between $3 and $7 per thousand video views.

GOTEGA should have more sources of income. Successful YouTubers also have sponsors and can improve their income by promoting their own posts.

Corentin has many fans who follow him on several social media platforms. It hasa Twitch channel with 3.6 million followers. Furthermore, he streams various games such as “MultiVersus”, “Naraka: BladePoint” and “Tower of Fantasy”.

Corentin uploads videos every week on his channel. His videos receive hundreds of thousands of views and cross half a million views over time. His channel content mainly includes vlogs, challenge videos and reaction videos.

With over 7.4 million views, the video titled “I make LeStream rage! (COD: WW2) is his most watched video. Corentin there pranks CJ23, Mickalow or Jiraiya with the help of Xari while playing Call of Duty: WWII.

With over 7.2 million views, “Gotaga Show barrier” is her second most watched video. In this one, Corentin broadcasts Fortnite live in front of an audience.

With over 7.02 million views, “The Humble Royal’s Biggest Cheater” is his third most-watched video. Corentin and his friends talk about who will win Royal Rumble Season 2.

With over 6.6 million views, “My record on Fornite (32 kills)” is her fourth most-watched video. Corentin equals Ninja’s Fortnite record.

There are also “Gotaga & Squeezie duo ► We chain THE TOP1 ON FORTNITE” (with nearly 6 million views) and “KING TITOUNE (9 years old) vs ZACK NANI – THE 1VS1 SNIPER SURPRISE !!! (with just over 5 million views).

Here are all the products Gotaga uses in their gaming setup.

Gotaga: one of the biggest streamers in the world of gaming