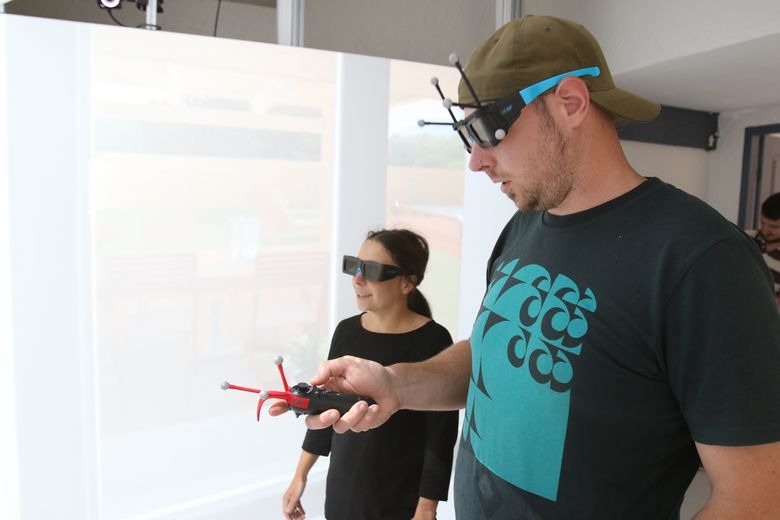 the essential
The virtual reality company needs €700,000 to grow. She raises €400,000 on an investment platform, with the promise of doubling the bet in 5 years.

Will Montesquiou be the seed of a future Gers Silicon Valley? The idea makes Claude Bélégou, managing director and founder with Guy Sorbadère of Virtuelconcept smile in this small village, in 2017. However, the company displays solid ambitions, with a fundraising of 700,000 €, including 400,000 € on Internet, via a platform specializing in investment.

“The Covid has slowed us down in our development, explains Claude Bélégou. We had planned a lot of work, demonstrations, dozens of scheduled performances… They had to be postponed, which resulted in a shortfall. But that’s behind us. »

And above all, the interest in the digital virtual reality solutions offered by the Gers company. “We have prospects for very rapid development, and that requires cash. By 2026, we want to open three showrooms in Paris, Marseille and Toulouse, two agencies in Bordeaux and Lyon and recruit 15 people. With a key move to premises – still in Montesquiou – of 2,000 m2 for training and manufacturing.

“The prospects are immense”

For this, Virtuelconcept relies on €300,000 of bank support, and a capital opening of €400,000 via the Internet. One year of work was necessary to put this offer online*. “Wiseed is very demanding before accepting this offer. We had to respond to studies, questionnaires, intended to assure investors that they had a safe project in front of them. Because it is really an investment and not a gift. In addition to the automatic 25% tax credit, linked to digital investment, “the investor is guaranteed to recover double his investment in 5 years, we have the obligation to buy back. » €100 invested in 2022 will be worth €200 in 2027.

Risky for the company? Virtuelconcept’s sales forecasts are such that Claude Bélégou has no doubts. “The shares will probably be worth more than double! We have also capped this share of investment to maintain control of the company. The identified market is huge, he said. Starting with that of BIM – Building Information Modeling – i.e. the Modeling of building information which has become the rule in terms of construction, based on a 3D digital model. But “the prospects are immense: we can go into construction, but also into the fields of training, education, industry, or even sales… Anywhere where virtual reality can reduce costs. »

Consequently, the digital tool developed by Virtuelconcept has won over large groups such as Airbus, Saint-Gobain, etc. The latter wants to equip its Point P stores with an augmented reality cube. “A cube for Point P, for example, makes it possible to replace thousands of m2 of showroom, to add equipment, materials, all of this very easily. “Contracts are underway, some companies have already been delivered. For Claude Bélégou, this virtual cube will be as essential as the smartphone in a few years. “Of course, you have to convince, but the needs appear, this tool did not exist! But after thousands of demonstrations, visits, we have never had a negative feedback! »

The immersive cube imagined by Virtuelconcept consists of a 9 m2 space, where the user, or even a group, is immersed in virtual reality from floor to ceiling. The decor, the objects, everything is usable, and on scale 1. We can thus open a window, lean outside, but also, with a click, change the color of a wall, as the power grid, etc. Beyond the universe of the building, the virtual cube makes manipulations possible, such as the dismantling of a mechanism, a dissection, and therefore lends itself to training. The other advantage of the 4D cube is its price – nearly €72,000 compared to €2 million for similar devices – and its mobility. It’s easy to take apart, and can be used just about anywhere.

Gers: specializing in virtual reality, the company Virtuelconcept is launching a fundraiser of €700,000