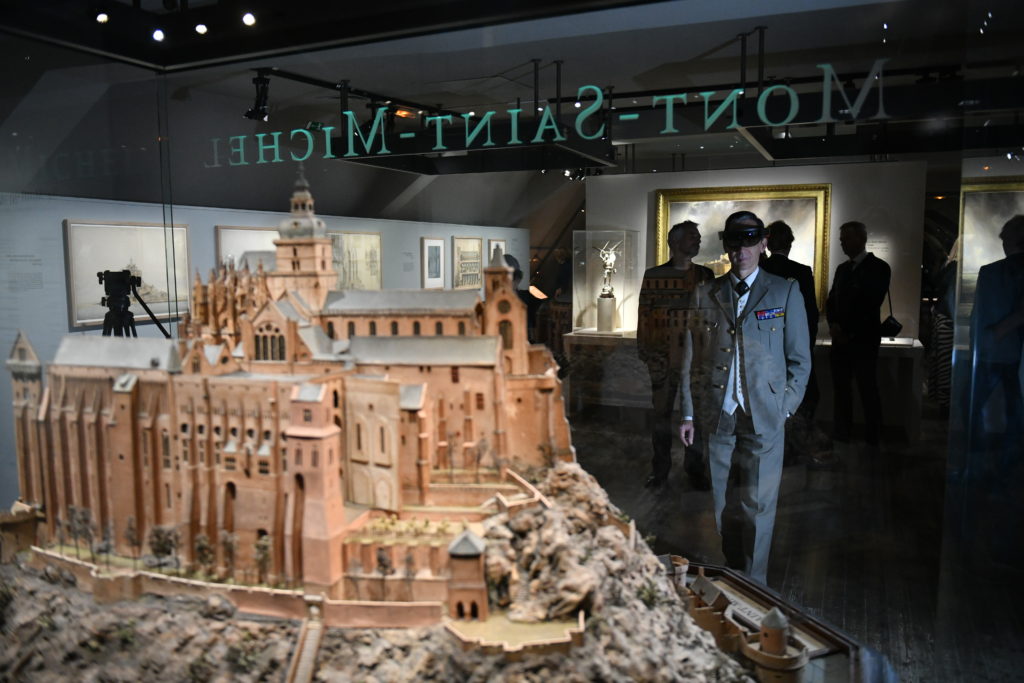 How is the culture sector appropriating mixed reality and what kinds of experiences have emerged recently? We went to the Microsoft Envision event to test the HoloLens headset and its various applications in the cultural world.

Impossible to miss the stands dedicated to cultural experiences when arriving at the Microsoft Envision event which took place at the Carrousel du Louvre a few days ago. As soon as you enter, several people equipped with HoloLens mixed reality headsets stare at the ground, pinching the air, resolutely immersed in a virtual world. At the border between virtual reality and augmented reality, mixed reality makes it possible to add a virtual layer to reality, while adding interaction with the image. 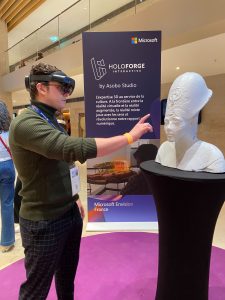 A visitor tests the polychrome reproduction of the bust of Akhenaten

It is this technology that has chosen to use HoLoforge, department ofasobo Studio dedicated to professionals, to visit Mont-Saint-Michel in a different way in partnership with Microsoft. Equipped with a HoloLens helmet, the user visualizes the model of the Mount and learns via audio comments. He can turn around and approach to visualize details. The experience is quite stunning, especially when we are immersed in the middle of the abbey. Only the comings and goings of visitors around who “cross” the model somewhat spoil the experience.

Also to read : Mixed reality at the service of heritage preservation

This connection to the environment is nevertheless a strength according to Othman Chiheb, HoloLens Product Manager, whom we were able to meet on site: “Unlike virtual reality, which completely cuts the user off from reality, mixed reality immerses them without disconnecting them. He remains an actor in his career. he declares.

Alongside, the Saola company presented its experience offered at the Natural History Museum for more than a year. Equipped with HoloLens headsets, visitors can visualize now extinct species such as the dodo. “We wanted to add a layer of information to this magnificent place in order to attract the youngest”, adds Yann Kerbart, Operations Director of Saola Studio. For Othman Chiheb, the interest of this kind of experiences is that they are social because they are experienced by several people simultaneously.

A real interest from cultural places

These examples are just two of many. According to the HoloLens Product Manager, “something is happening in the culture in France” and the interest is growing to offer new experiences in mixed reality. Today, France is even the country with the most museums equipped with HoloLens mixed reality headsets.

For the moment, these experiences will only be experienced in cultural venues and not among consumers themselves, simply because the headset is primarily dedicated to professionals and costs a whopping €3,500. “Would the public be ready? The technology is there, but we don’t have the goal of making it a consumer helmet at the moment.”concludes Othman Chiheb.