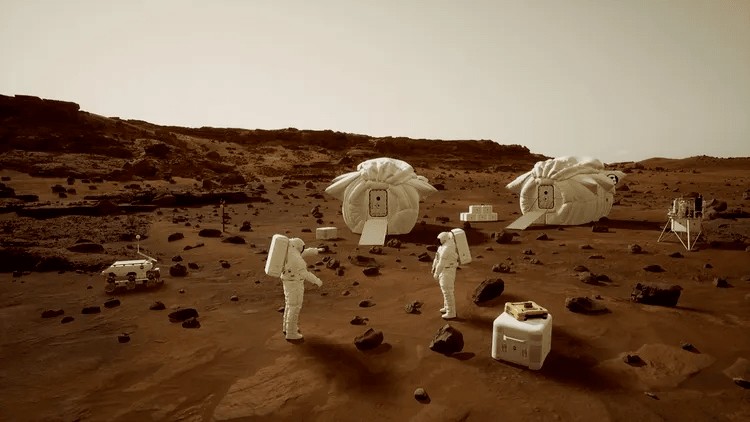 news culture Epic Games and NASA are launching a contest: prepare for the next trip to Mars

NASA and Epic Games are organizing a competition for professional and amateur developers to create assets for a colony simulator on Mars, thanks to the Unreal Engine 5 engine.

The NASA prepares its future trips to the planet Mars, with physical tools in real life, but also thanks to the virtual. And justly, the American agency partners with Epic Games to create a simulator on Unreal Engine 5. It is you, who will be able to create the elements of this simulator!

It is a contest that takes the form of a great challenge for developers, amateurs and professionals alike. NASA and Epic Games are teaming up to invite developers to create themed assets and scenarios for a virtual reality experience (more exactly, the project speaks of “XR”, or “extended reality”, a mixture of VR, AR and MR). This one should enable astronauts to better prepare to what awaits them the red planet. These items will be created by developers on Unreal Engine 5.

We are looking for developers to create a new research, development and test environment to prepare astronauts for the experiences and situations they will encounter on Mars. If this intrigues and excites you, join the NASA MarsXR Challenge now!

400 km² of Martian terrain to explore… and create!

The NASA and Epic Games are partners of Buendea, a company specializing in extended reality experiences, for this challenge. Developers will need to create assets and scenarios for the Mars XR Operations Support System (XOSS) environmentthe simulator for future Mars astronauts, using Unreal Engine 5. These resources and scenarios will focus in particular on extra-vehicular activitieswhich will allow NASA to test its procedures and plan the living conditions of astronauts once they arrive on Mars. The “MarsXR engine” as this simulator is calledcurrently includes:

The element editor for March XOSS is already downloadable on the Epic Games Store.

To better prepare the future space travelers who will colonize MarsNASA plans five types of scenarios specific to prepare with this challenge. The five scenarios in question are:

the “Set up camp” scenariowill offer you to manage things like locating a rover’s point of impact, inspecting it, driving it, etc… “Scientific Research”, “Maintenance”, “Exploration” scenarios are rather self-explanatory. The last, “Bluff us”, is really a white cardyou can create unexpected scenarios or reinforce the basics of simulation.

At present, more than 250 people have already registered for this competition, which will last 80 days. A total of $70,000 will be distributed among the best proposals: four best proposals for each scenario, which therefore gives twenty rewarded proposals.

Epic Games and NASA are launching a contest: prepare for the next trip to Mars