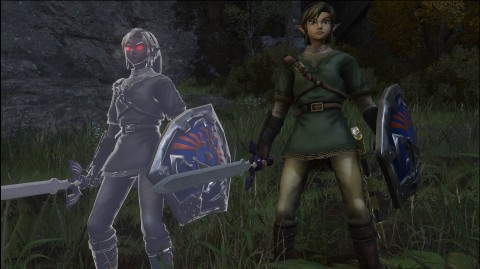 news tip Elden Ring: how to play with Darth Vader, Harry Potter, Link or Tifa? The madness of mods on PC

Here are mods that will allow you to change your appearance in Elden Ring. These mods concern your character, but sometimes also your weapons and your companions. They are exclusive to the PC version, and are made by modders. So use them sparingly, and don’t forget to make a backup of your data before, as well as your backup!

To change a little of the many secrets present in Elden RingFor example Greatsword of the Golden Order and the big jarhere is a small anthology of mods that will allow you to create your own cross-over, which goes even further than a certain Fortnite for example…

Do you ever wish you could play Darth Vader in Elden Ring? Or, while waiting Hogwarts Legacy, you wish you could cast spells with Harry Potter? If so, we have great news for you: You are not alone! Indeed, some modders have fun trying to introduce characters from other licenses, in particular by recovering textures from another game to apply them in Elden Ring.

You’re waiting Zelda: Breath of the Wild 2 very impatiently? Do you miss Link? So why not play it in Elden Ring? On top of that, you’ll also be able to play a shield and a sword that look like the Hylian Shield and Master Sword! And a great little detail, summoning your imitator tear, which normally takes the same appearance as you… This one will look like Dark Link. Classroom ! To download these mods:
Click here

Here is a mod that will allow you to replace your main character with Harry Potter! So yes, you will quickly understand that the textures come from another game released on a different generation, but here you will also have the right to Harry Potter’s wand, and above all, instead of your faithful Torrent mount, you will not don’t dream, a Nimbus 2000 broom! You will be able to spend your days in Raya Lucaria Academy ! To download this mod, Click here.

Want to go into space? Well, it won’t be the case, but you can at least console yourself by playing dark Vador Where Darth Maul, and especially with a pretty lightsaber (an option even allows you to play a two-bladed saber!) whose color you can choose. The wait for the next trilogy will be that much shorter!
You can find the mods here

Elden Ring is no exception: Female characters are also very present among mods, as for almost all games. One of the most popular is that of Tifa, the famous brawler from Final Fantasy 7, here in her FF7 Remake version. And you can even install Cloud if you want. Here’s where to find the mod for Tifa !

Finally, it should be noted that on PC, it is strongly advised not to install mods of this type without taking certain precautions, so that you don’t get “soft-banned” from the online mode (i.e. end up in hell and only come across people who have also been soft-banned online).

Return to the summary of the Elden Ring walkthrough

Elden Ring: how to play with Darth Vader, Harry Potter, Link or Tifa? The madness of mods on PC