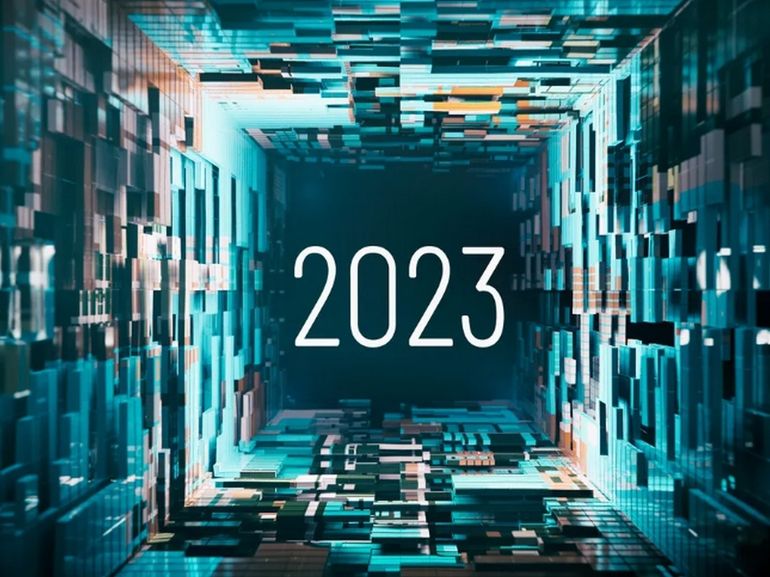 We know the ability of cybercriminals to surf on technological trends and consumer habits to refine their traps. 2023 does not bode any respite in this area and the cybersecurity solutions publisher
Kaspersky believe that cyber criminals will attack new areas, such as video game platforms, virtual reality worlds and technologies used by children for school and leisure. This would be a way to adapt to the growing vigilance of companies and individuals who are increasingly aware of email, SMS and social media scams.

According to Kaspersky, with the security of many of these new platforms still in their infancy and with users not always aware of the potential dangers, untold amounts of consumer data and money could be compromised. Experts have seen an increase in the overall population of online gamers, the service
Playstation Plus from Sony starting to compete with the
Game Pass from Microsoft. For Kaspersky, this trend is driving criminals’ interest in account theft and related scams, similar to what happens in video streaming.

PlayStation VR is a catalyst

With the expected release next year of the virtual reality headset
PlayStation VR 2 from Sony, researchers expect cybercriminals to try to exploit the shortage of
PS5 (essential to use PSVR 2) to trick their victims. It is also possible that Sony will launch a “Pro” version of its console during 2023, which again could lead to scams involving fake pre-sale offers, discounts and freebies.

Kaspersky identifies another threat from online gaming accounts containing virtual currencies or cryptocurrencies. Recall that last March, cybercriminals stole more than 600 million dollars worth of cryptocurrencies from the network used to process transactions integrated into

Axie Infinity, one of the most popular NFT video games in the world. Andrey Sidenko, senior web content analyst at Kaspersky, recommends players not to use their main credit cards but rather temporary or virtual cards that can be topped up when needed.

Scams in the metaverse are coming

Concerning the
metaversethe risks are less obvious, since there are only a few platforms in operation and they are, for now, mainly used for entertainment purposes.

For Daniel Clemens, CEO of the company ShadowDragon, the metaverse should experience the same security problems as any new platform. ”
The metaverse is no different when it comes to criminal behavior. Where there is human interaction there will be a free market mixed with the good and the bad
“.

Patrick Garrity, vice president of Nucleus Security points out that the portability, lack of regulations and consumer protections regarding the use of NFTs puts consumers at risk. It calls for the greatest caution with cryptocurrencies. ”
The best strategy is to stay out of the cryptocurrency parts of the metaverse, as new users are more likely to get scammed.
“, he warns.

Additionally, Kaspersky considers that the global nature of these platforms makes them unlikely to comply with regional privacy regulations, including GDPR in Europe, or data breach notification laws. . In addition, cases of virtual harassment and sexual assault have already been identified in the metaverse. Without any regulations to stop it, experts expect this kind of behavior to continue. These threats are all the more worrying as a large number of the victims could be children.

In this regard, cybersecurity specialists consider that children’s data will be increasingly threatened next year by ransomware attacks against schools and educational platforms. For parents, educating their children about using strong, unique passwords for their accounts and using two-factor authentication whenever possible is paramount.

Unsurprisingly, Kaspersky preaches for his parish and recalls the importance of antivirus software equipped with anti-spam and anti-phishing tools.

School IT professionals will not be idle

Ransomware attacks on schools and school platforms took off in 2022. Even the smallest school can have hundreds of devices connected to its network, giving cybercriminals countless potential entry points, reminds Andrew Wildrix, director information at Intrusion. He adds that students often use the devices for games and applications without knowing that they could extract school-related data. Another less reassuring prospect, budgetary constraints mean that investments in cybersecurity are often reduced to the bare minimum.

”
In 2023, we need to start taking a holistic approach to cyber defense where we think ahead and take the time to consider emerging technologies
thinks Andrew Wildrix.

Jeremy Snyder, founder and CEO of FireTail, points out that even the most innocuous online act, like ordering takeout from a meal delivery service, can involve three or more companies and no one can know in how well the system of each of them is secured. For him, the biggest security and privacy risk going into 2023 is the lack of visibility. Companies collect and share so much data that they often don’t know where it is or who has access to it.

Andrew Wildrix also invites users to be concerned about the destination of their data, in particular when it comes to connected objects. He cites the example of a robot vacuum cleaner whose data from the Wi-Fi connection lands in Mongolia.

According to Jeff Hodgin, keeping track of personal data shared on social networks should also be a priority for consumers. He considers that when people post on these platforms, they are presenting themselves as a brand, just like a company would. The bigger the brand, the more attractive the target is for cybercriminals. ”
People who want to promote themselves must consider their individual risk
“, he explains. ”
What is my exposure? What would be the impact of a violation? What is the probability of this happening?
»